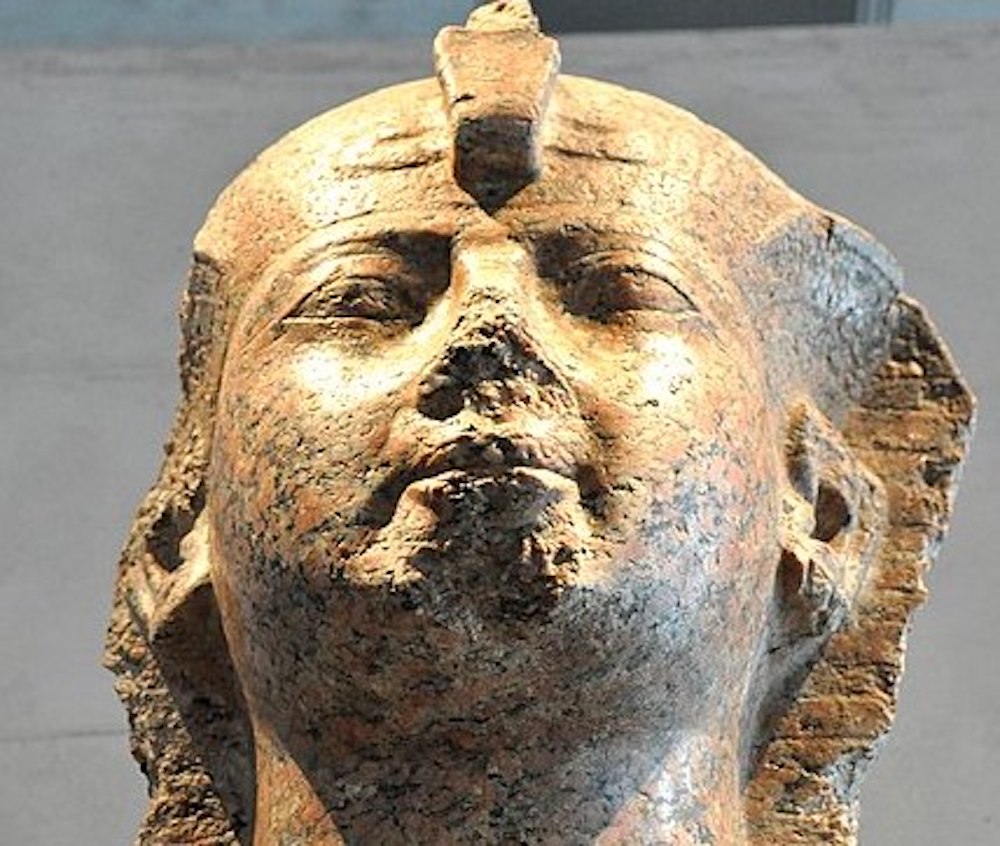 Hatshepsut was the first female daughter of the Egyptian Pharaoh King Thutmose I (c.1506–1493 BC).

She became the first and one of the very few powerful female Pharaohs to ascend the throne.

Hatshepsut married her half brother, Thutmose II. After their father died, Thutmose II was the only living son of his father, and so he inherited the throne, with Hatshepsut as his consort at a tender age of 12 – because in those times age really was just a number. 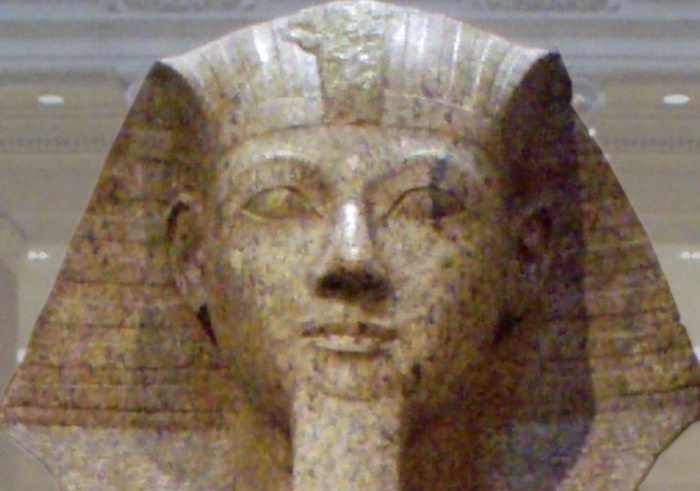 They had one daughter, called Neferure.

Unfortunately, Thutmose II died very young, leaving the throne vacant. Hatshepsut had failed to bear a son, and so the throne went to Thutmose III, a son of a harem queen.

The problem was that Thutmose III was still an infant. He may have had all the Egyptian candy he needed, but he couldn’t have the throne just yet.

Hatshepsut had to step in and take up the role as the regent of Thutmose III. 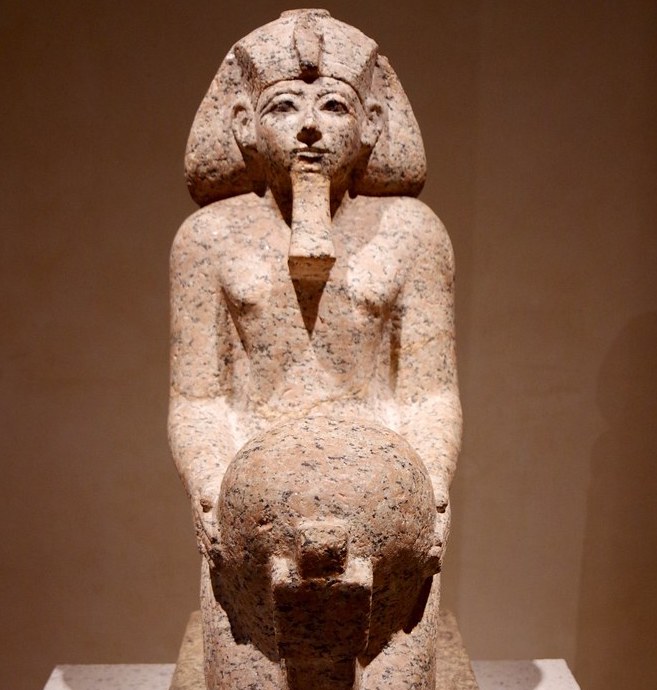 The first few years of her reign were pretty normal. She performed her conventional role as regent to the young king.

But by the seventh year of her reign, she declared herself king and took on the full royal duties as one.

The thing is, you don’t rise to the throne and declare yourself pharaoh in those times without knowing how to play some political chess, or at least some rumors suggesting you did – and Hatshepsut knew how to use her pawns, literally. 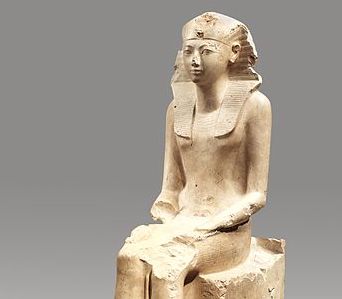 To win the game of thrones, Hatshepsut had help from some high ranking officials picked by herself. One name that keeps coming up is Senenmut, who was her chief minister and the person who was most instrumental in her ascent to the throne.

Some historians and scholars claim that Hatshepsut and Senenmut may have been lovers, fueling the successful conspiracy to put Hatshepsut on the throne.

We will never really know because there is not much evidence to back the claim, and I’m sure Hatshepsut would be happy to keep it that way.

Some scholars have posited that Hatshepsut may have been trying to protect the kingship of her stepson due to some rising tension between her and another branch of the royal family.

After declaring herself king, Hatshepsut went hardcore on her image.

Instead of being depicted as the female she was, she chose to be depicted as a typical Egyptian male pharaoh with the bare chest, muscular arms, and the fake beard – the whole shebang.

No one knows why she did this. Different scholars have interpreted it in different ways. Some have said that she was trying to pass herself off as a man. Others have tried to dismiss this claim stating that almost all monuments of her had inscriptions such as “Daughter of Re” or the slightly confusing, “His Majesty, Herself”.

Legacy of a woman Pharaoh

During her reign, Hatshepsut built several impressive monuments. She erected two obelisks at the temple of Karnak, both 100 feet tall. The Greek-named Speos Artemidos was a rock-cut temple built in Middle Egypt. The most significant and impressive of all her monuments was the Deil el-Bahri. It was an incredible memorial temple dedicated to the god Amon-Re as a place for religious and other funeral rites.

Hatshepsut eventually died around 1458 B.C. One of her wishes was to buried in the same tomb with her father – a request that was honored.

Despite everything Hatshepsut did in her lifetime, accounts her exploits did not appear until the 19th century, where archeologists were able to decode hieroglyphic scripts to reveal who she was.

This did not happen by accident.

Thutmose III, toward the end of his reign, embark on a campaign to blot Hatshepsut’s name out of the Egyptian history books. He had her name removed from the official king’s list, her statues torn down, and her monuments destroyed.

Why he would do this, nobody can really tell.

Some have chalked it down to revenge, personal hatred, or some animosity between the two. Perhaps the conclusion that makes more sense is Thutmose III trying to clean all traces of her kingship to maintain what was the proper lineage of the throne.

Just like any monumental figures in history, Hatshepsut was a controversial personality. Even though she didn’t fight many wars during her time as king, her life, her actions, and motives is one that is the source of debate for historians and Egyptologists. 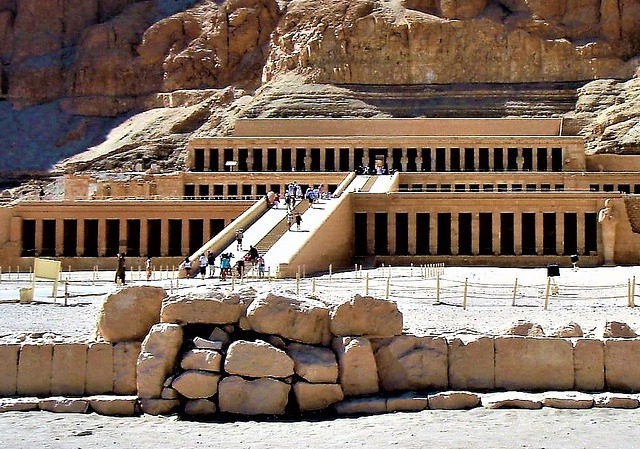 One thing remains true, no matter what you think of her, you cannot deny Hatshepsut’s immense influence on Egyptian history.