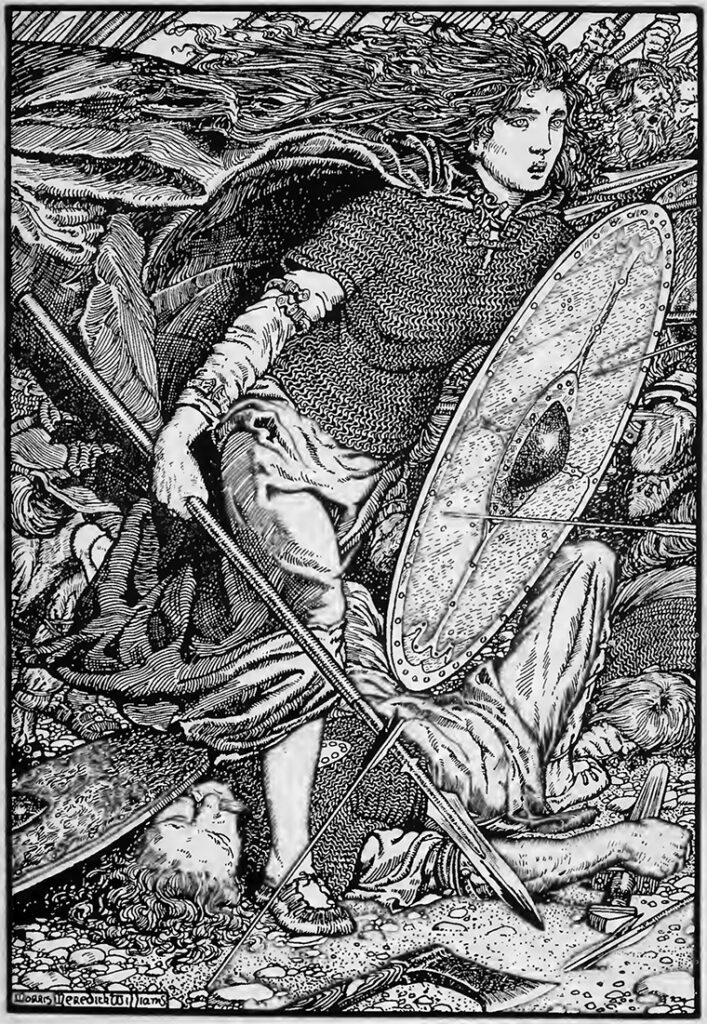 In the History Channel’s captivating series, Vikings, Lagertha, wife of the legendary king Ragnar Lothbrok, looms large.  As portrayed by actress Katherine Winnick, Lagertha, born in the ninth century CE, is just as fearless and skilled as any male warrior.  The battles she fought are the stuff of legend.

“A skilled Amazon, who, though a maiden, had the courage of a man, and fought in front among the bravest with her hair loose over her shoulders.” 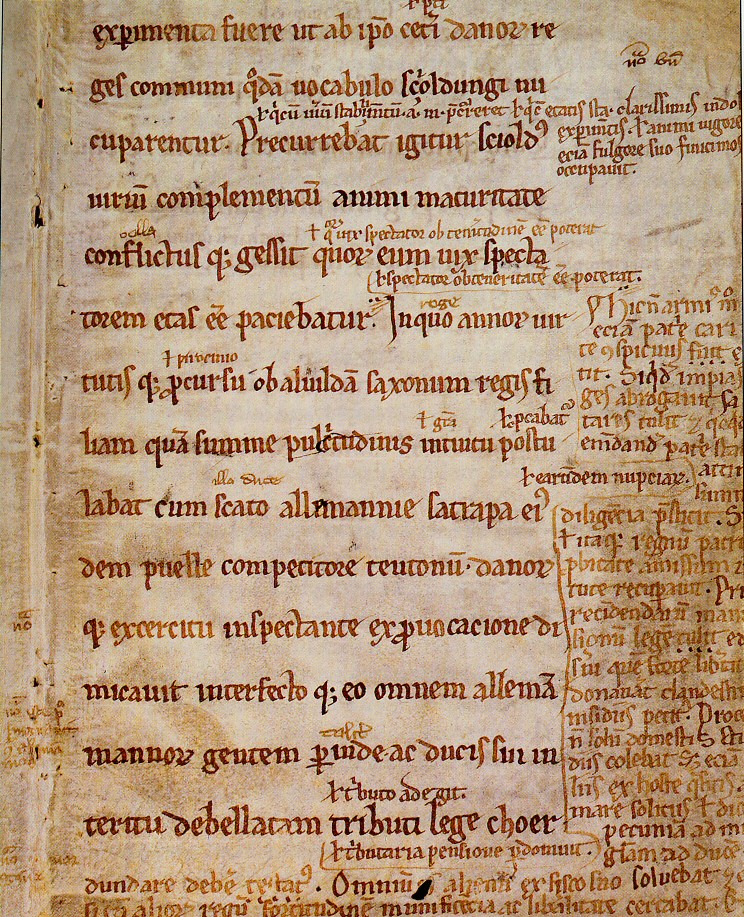 Introduction to the World by Saxo Grammaticus

And much of what we believe about Lagertha is just that — legend.  First introduced to the world by the Danish historian Saxo Grammaticus (1160-1220 C.E.).  In his influential work, the Gesta Danorum (Deeds of The Danes), it’s thought that this fierce shieldmaiden helped her husband win two decisive battles.

But the Gesta Danorum tells us as much about Saxo (otherwise known as “Saxo the Literate) as it does about Lagertha. During this time it was typical to portray female Viking warriors as Amazons because that was the thinking of the time. And Saxo does just that, describing her at one point as:

“A skilled Amazon, who, though a maiden, had the courage of a man, and fought in front among the bravest with her hair loose over her shoulders. All marveled at her matchless deeds, for her locks flying down her back betrayed that she was a woman.”

But even though Saxo compares Lagertha to the Amazon women of Greek mythology, he also relies on Norse traditions.  He suggests that her story begins with that of the Norse goddess, Thorgerd, of Hálogaland. 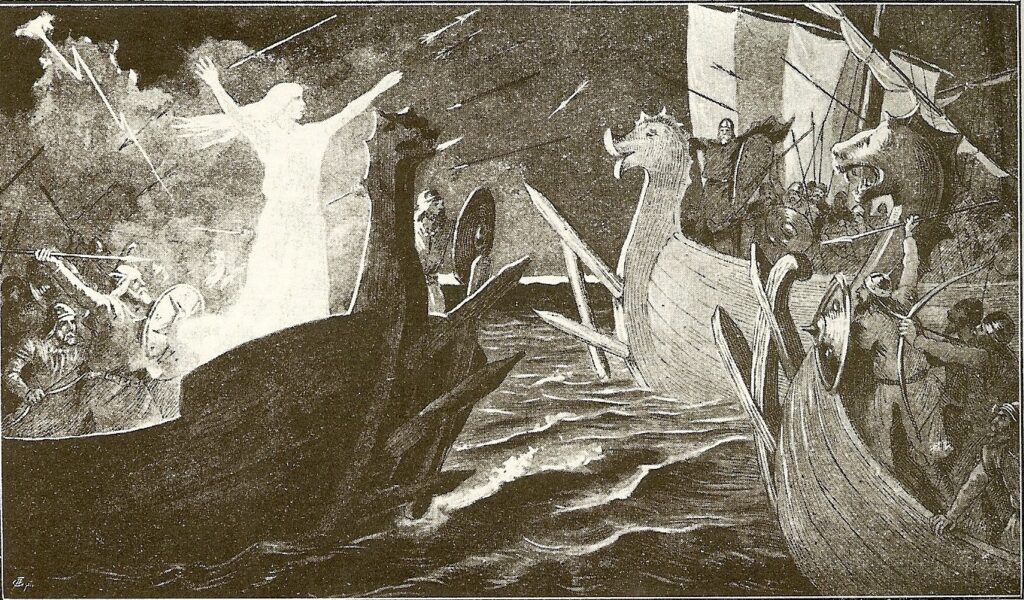 We may never know how, or even if, Lagertha met Ragnar because the Gesta Danorum is the only historical source that even mentions her.  And in describing her relationship with Ragnar, she serves as little more than a footnote.  But regarded as the influential one who helped her future husband defeat the Swedish king who killed Siward, the Norwegian king, and Ragnar’s grandfather.

Ragnar is captivated by her strength and fearlessness and credits her for winning the battle. He finds out she’s of noble birth and for him, that seals the deal. But Lagertha proves to be as wily as she is powerful. She makes sure her home is guarded by a bear and a vicious dog. This fails to deter the young king, who spears one and strangles the other. He claims the beautiful shieldmaiden as his wife.  The couple has three children, two unnamed daughters, and a son, Fridleif.

Saxo’s Gesta Danorum is an enormous body of work, consisting of 16 volumes. However, only volumes 10-16 concern historical kings. The first nine volumes, which is where Lagertha’s story comes from, largely focus on legendary figures and stories and are believed to be largely fictional. While this remarkable warrior remains largely mysterious to us, our knowledge of Viking history still adds much to her story. 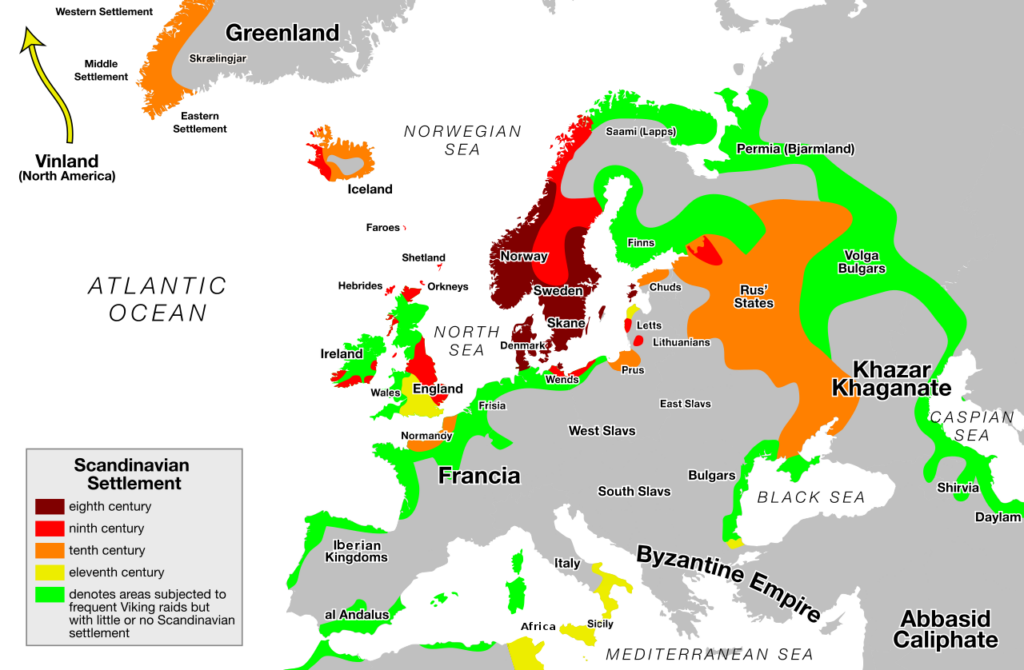 Women in the Male-Dominated Viking Society

While Vikings were notoriously brutal warriors, they were also expert traders.  They established routes that ranged across the world as they sailed in their famous longboats to Britain, Europe, Russia, Islands in the North Atlantic, all the way to North America between 800 and 1100 CE.

Until recently it was believed that only men were seafarers.  But a 2014 study that used mitochondrial DNA found that Viking women joined their mates on numerous voyages.  Across England, Iceland, and the Shetland and Orkney Islands, located off the coast of Scotland. Norse women were crucial in helping to populate these new settlements and ensuring their survival. 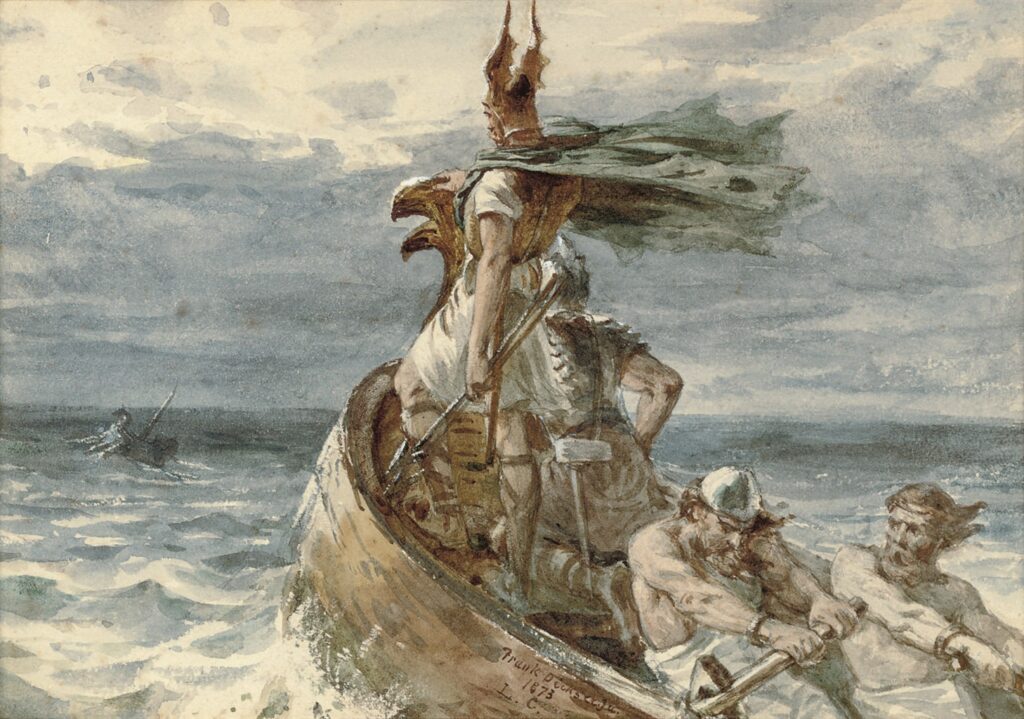 The Viking society in Scandinavia was largely male-dominated.  The men doing the hunting, farming, fighting, and trading, and women raising the children and working around the home.  But women still had many freedoms that most of us take for granted today. A woman could own a home, get divorced, and reclaim their dowries if a marriage ended. Women typically married young, between the ages of 12-15 and marriages were arranged.

However, she almost always had a say in the arrangement. Divorce was pretty simple overall. All a woman had to do is to invite witnesses to her home and marriage bed and declare in front of those gathered that she was divorcing her husband.  And should a divorce happen, there were often marriage contracts that stated how property should be divided up.

If Lagertha truly existed, there’s no doubt she enjoyed some of these rights.  But there’s a great deal of mystery surrounding her and her shieldmaiden sisters, on which the Valkyries, perhaps one of the most famous Viking legends are based. What this does make clear, however, is that the Vikings weren’t just brutal warriors.  They were multifaceted individuals who lived in complex societies as they opened up the world around them.