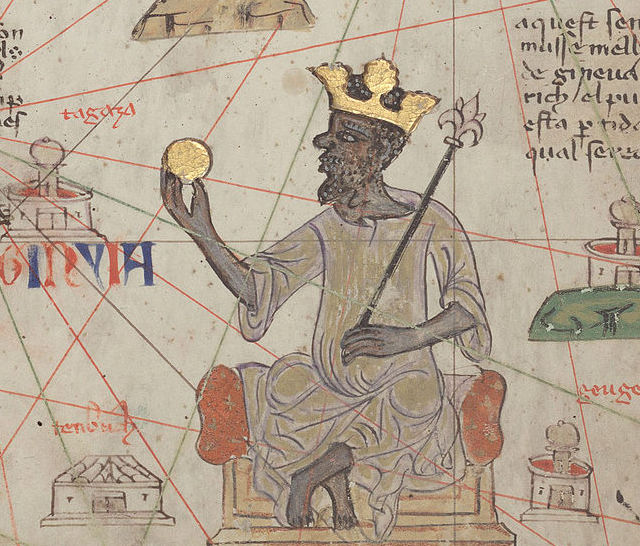 Over the years, we have seen so many mega-rich people come and go.  Many individuals in history have achieved wealth and affluence that the average person can only dream of.  But among the group of wealthy men in history, one man stands tall.  His name is Mansa Musa I.

Mansa Musa took control of a large portion of West Africa … building what would become the biggest empire Africa has ever seen.

Mansa Musa I was the 14th-century ruler of the Mali Empire. He ruled between 1312 and 1337 and was by far the greatest ruler of the West African empire to date.  He was born in 1280 at a time where his brother Mansa Abu-Bakr was the ruler. By 1312, his brother left the throne to explore the Atlantic ocean and beyond.

He left with a large fleet of about 2,000 ships, thousands of men, women, and slaves, and never came back – much like a trust fund kid today leaving with a fleet of Bentleys and a hundred friends they don’t even know. 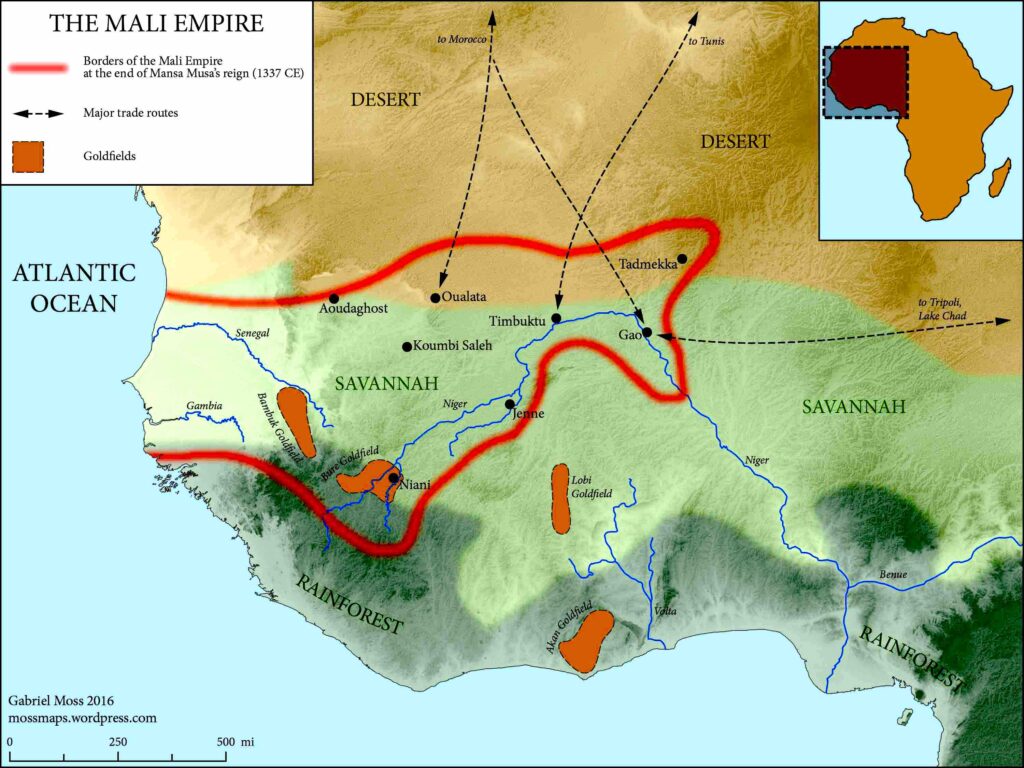 Mansa Musa then inherited the throne.

During his time as ruler, Mansa Musa took control of a large portion of West Africa, extending the Mali empire far and wide – building what would become the biggest empire Africa has ever seen.

His kingdom stretched from the coast of the Atlantic ocean to parts of what we know today as Senegal, Gambia, Mauritania, Cote D’Ivoire, Burkina Faso, and the Gao river of Niger.  That is a lot of land to conquer in one lifetime, but I wouldn’t expect any less from a man who had an army of about 100,000 men and 10,000 horses.

The Mali Empire became the central hub of trade between the southern and interior parts of West Africa and Northern Africa, across the Sahara desert.  With all the major territories of gold and salt under his rule, his wealth grew to levels no one had ever seen before. Mansa Musa divided his vast empire into provinces and personally appointed governors for each of them. 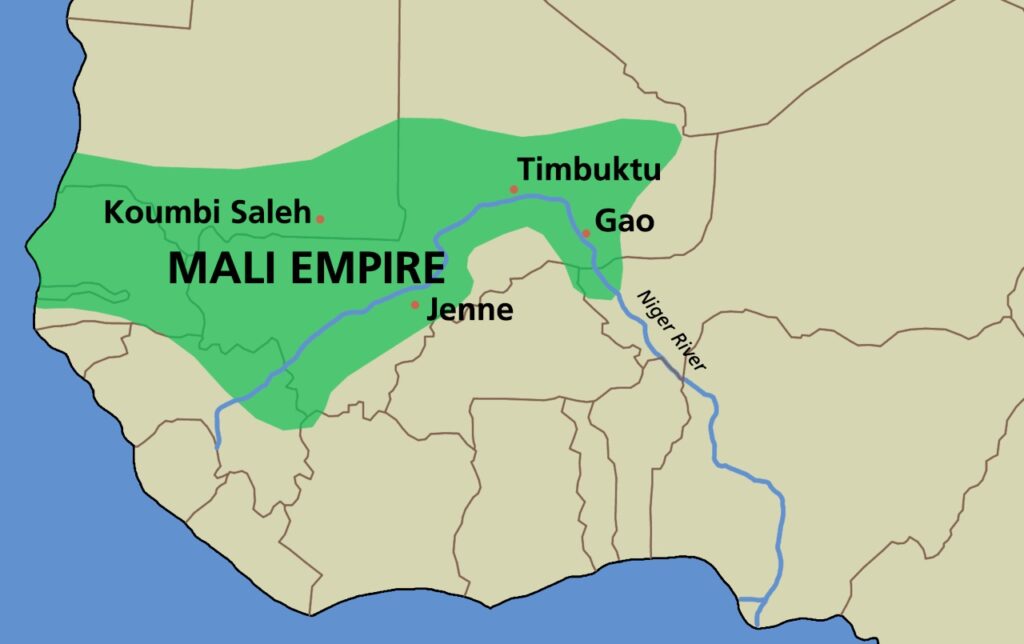 Perhaps the most famous account of this man was his pilgrimage to Mecca.  Mansa Musa was born into the religion of Islam, meaning he had to observe the fifth pillar of Islam and take a pilgrimage to Mecca at least once in his lifetime.  So he did, and he did it big.

You see, rich people don’t do things like us, and for the richest man to ever live, you best believe this was the biggest, most incredible pilgrimage ever.

Word of his wealth spread when Mansa Musa traveled with an entourage of about 60,000 men and 12,000 slaves (and you thought rappers moving with big entourages is a new thing).  This was the trip that sent shockwaves into the world, giving birth to the legend we know today.  It was sensational, according to historical accounts.

When he got to Egypt, the people marveled. Al-Malik-al-Nasir, the Sultan himself was bewildered by his stupendous wealth.  He had so much gold, and it was insane.  Even his slaves carried a golden staff.  Imagine that!

In fact, Mansa Musa and his men spent and gave away so much gold in Cairo that the price of gold plummetted, and the economy took a major hit for about 12 years before making a recovery.

His meeting with the Sultan wasn’t all smiles, however.  When wealthy men meet each other, ego flies in the air more potent than the strongest perfume.  Mansa Musa had initially refused to meet the Sultan because he knew he would have to bow and kiss the ground in homage – as was the tradition at that time.

This inevitably created some tension because come on! – a ruler with so much wealth kissing the ground for another ruler?

The evidence is not entirely clear as to whether or not he kissed the ground, but we can assume the meeting ended quite well, given that he gave the Sultan and his governors a whole lot of gold for free.

The incredible legacy of Mansa Musa 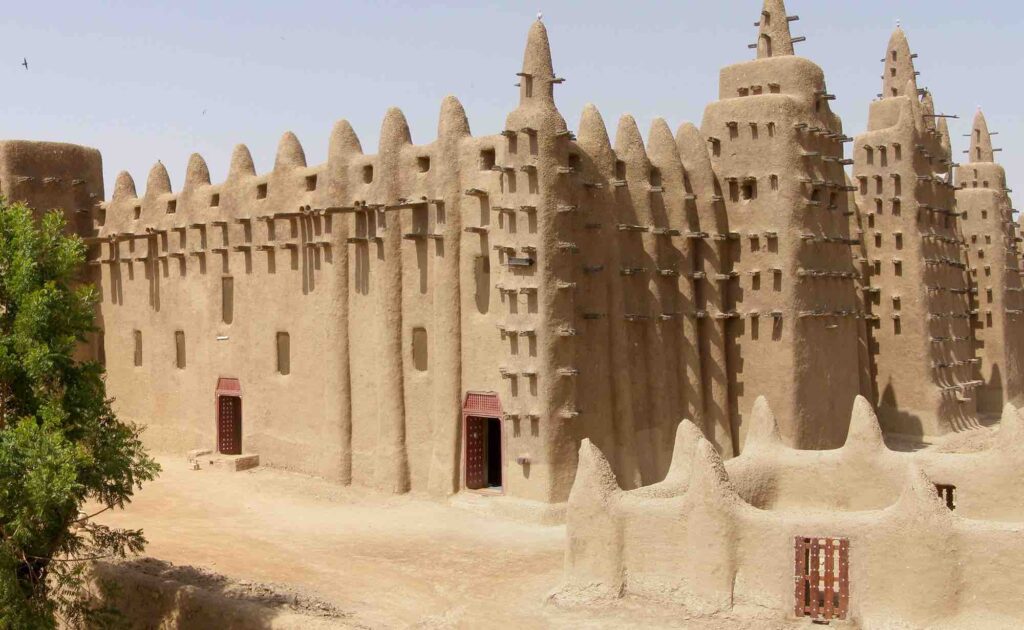 Mansa Musa was inspired by the architecture he witnessed on his travels and commissioned some of the most iconic religious buildings, including the famous Djiguereber mosque and a royal palace in Timbuktu.

Mansa Musa’s story is unreal.  It’s one worthy of folktales and myths, and a Hollywood movie if you ask me.  His fame lives on to this day, and his influence is still felt in many parts of Africa.  We may never truly know just how much wealth this man amassed.  We may never be able to quantify his wealth in today’s numbers.

One thing we know for sure is, Mansa Musa’s name will forever be engraved on the golden walls of history.