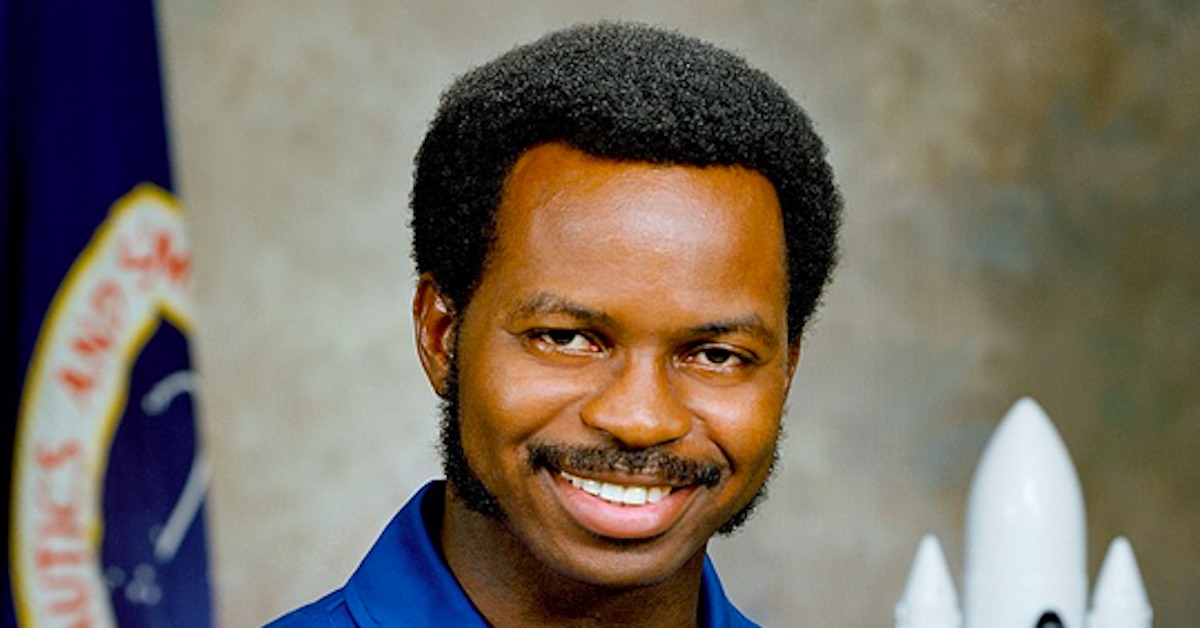 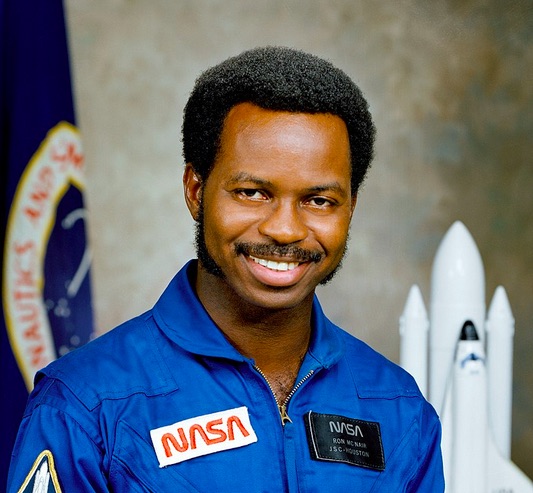 Ronald McNair was one of the astronauts aboard the Space Shuttle Challenger when it exploded after takeoff in 1986.

McNair earned his PhD in physics in MIT and became a NASA astronaut, in addition to three additional honorary doctorate degrees, and was a Omega Psi Phi Scholar of the Year and Presidential Scholar. A Ford Foundation Fellow, and Distinguished National Scientist. A National Fellowship Fund Fellow, and a National Society of Black Professional Engineers member. He earned the Friends of Freedom Award, won the AAU Karate Gold Medal, and five Regional Black Belt Karate Championships. 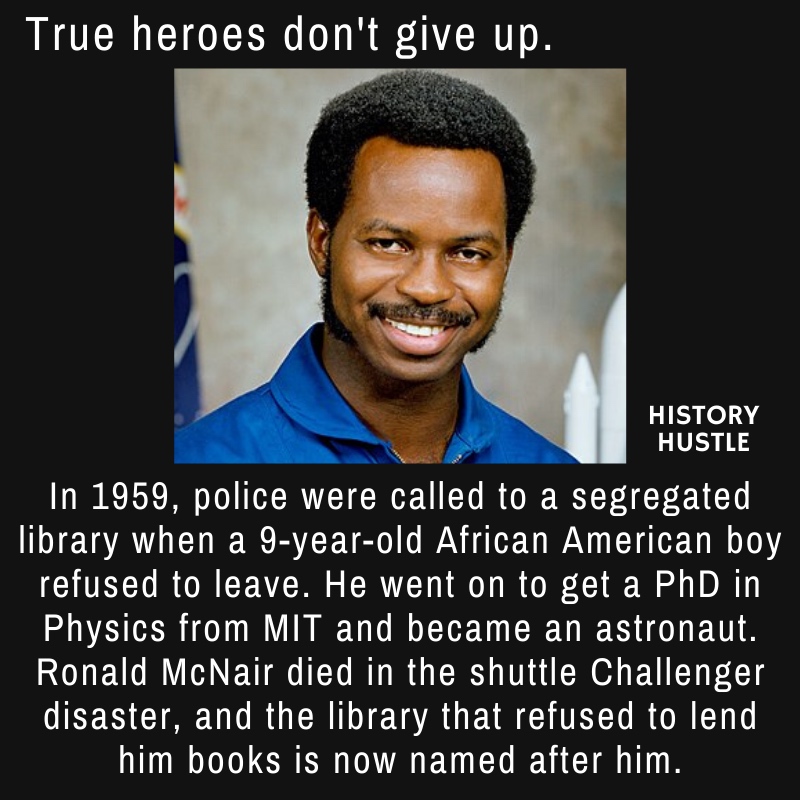 That’s a lot of distinction. But it wasn’t necessarily an easy path for Ronald McNair. He faced racism, being an African American. But that didn’t stop him from fighting for his right to education and achievement. 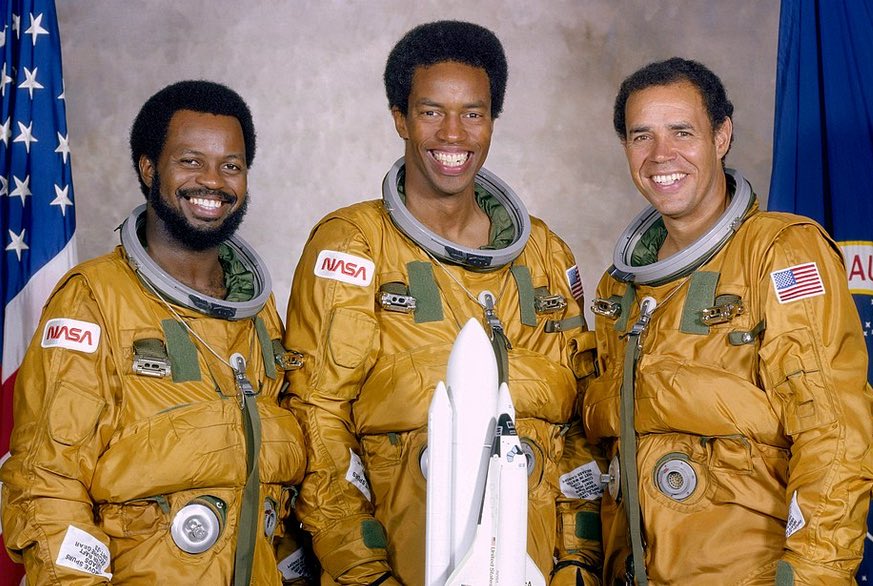 In 1959, McNair was 9 years old. His brother recounts an incident that happened when young McNair was trying to check out books in a segregated library.

He “politely” took his books up to be checked out, but was told by the librarian that he can’t. Because he’s black, he must leave, she said. But McNair refused. He said again that he just wanted to check out the books, and sat on the counter, refusing to leave.

Later, the Lake City Library became the Dr. Ronald E. McNair Life History Center, in honor of the boy who refused to leave.

Ronald McNair was good at just about everything he tried. He was an athlete, musician, karate champion, and set a goal to get his PhD 10 years after graduating high school.

When he graduated MIT, he worked at Hughes Research Laboratories in Malibu as a staff physicist. According to his NASA profile his work included “the development of lasers for isotope separation and photochemistry, utilizing nonlinear interactions in low-temperature liquids and optical pumping techniques. He also conducted research on electro-optic laser modulation for satellite-to-satellite space communications, the construction of ultrafast infrared detectors, ultraviolet atmospheric remote sensing, and the scientific foundations of the martial arts.”

Ronald McNair was one of 35 selected from a pool of 10,000 applicants to be a NASA astronaut. As a Space Shuttle astronaut, he was the second African American to fly in space.

In 1986, tragedy struck when the Space Shuttle Challenger exploded shortly after takeoff over the Atlantic Ocean. 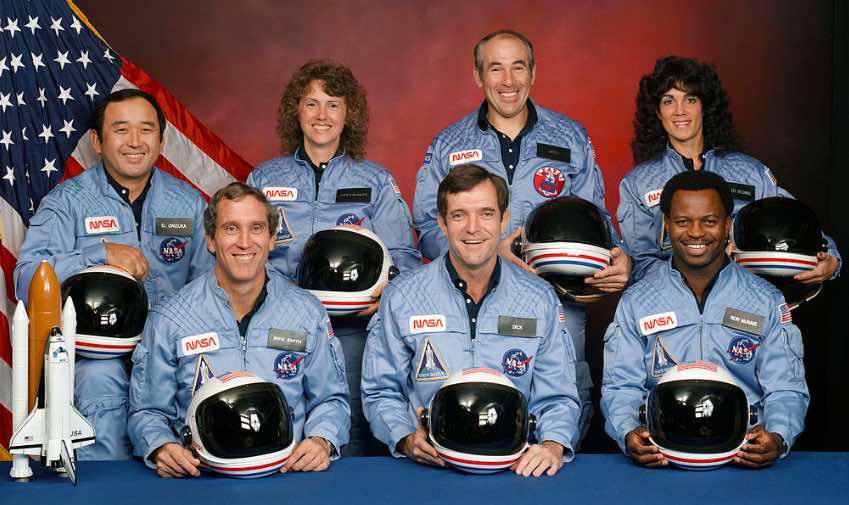 McNair’s legacy will live on and hopefully inspire other kids to take a stand, follow their dreams, and believe that they can achieve great things, no matter their race, background, class, age, size, or any other factor.

“To make a dream come true, first you must dream…”

The Cadaver Synod, When A Dead Pope was Dug Up and Put on Trial

Lords of Tobacco: The Story of America’s Aristocracy

The Iroquois Had Powerful Women and Collective Government

Benjamin Lay, A Civil Rights Activist Way Ahead of His Time

This website uses cookies to improve your experience while you navigate through the website. Out of these, the cookies that are categorized as necessary are stored on your browser as they are essential for the working of basic functionalities of the website. We also use third-party cookies that help us analyze and understand how you use this website. These cookies will be stored in your browser only with your consent. You also have the option to opt-out of these cookies. But opting out of some of these cookies may affect your browsing experience.
Necessary Always Enabled

Any cookies that may not be particularly necessary for the website to function and is used specifically to collect user personal data via analytics, ads, other embedded contents are termed as non-necessary cookies. It is mandatory to procure user consent prior to running these cookies on your website.