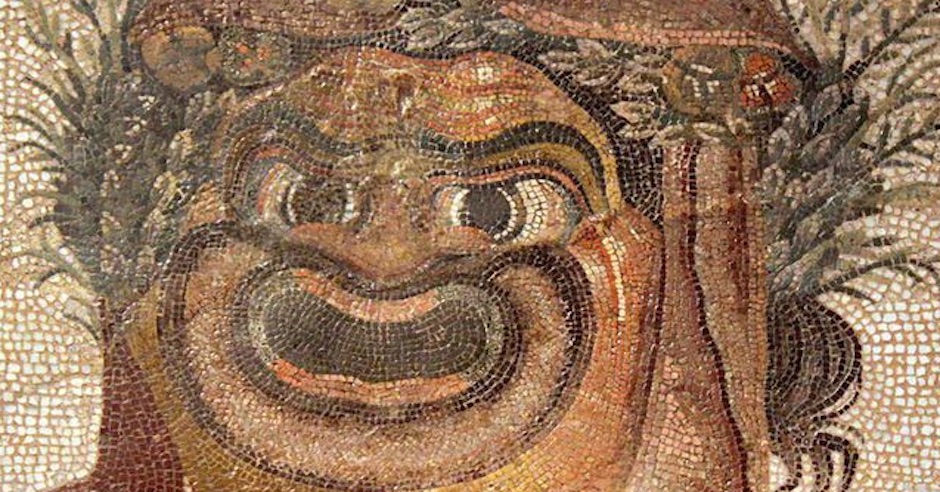 These ancient jokes are NSFW, and you may not understand all of them – time has inevitably changed language, making it difficult to infer exact meaning from writing. Nevertheless, you are now about to read some of the oldest dirty jokes known to man. These jokes go back thousands of years, but arguably still hold up today. We just can’t seem to mature.

From “The Facetiae Or Jocose Tales of Poggio”, a joke book published in the 1400’s by Poggio Bracciolini:

In Florence, a young woman, somewhat of a simpleton, was on the point of delivering a baby. She had long been enduring acute pain, and the midwife, candle in hand, inspected her secret area, in order to ascertain if the child was coming. “Look also on the other side,” said the poor creature, “my husband has sometimes taken that road.”

Source: The Facetiae Or Jocose Tales of Poggio

2. Farting in his lap

This is perhaps the oldest know joke in the world. From an Ancient Sumerian clay tablet c. 1900 B.C.:

Something which has never occurred since time immemorial; a young woman did not fart in her husband’s lap

How do you entertain a bored pharaoh? Sail a boatload of young women dressed only in fishing nets down the Nile – and urge the pharaoh to go fishing.

4. Hair between your legs

Here’s a middle-ages joke from poet Jean de Conde of Hainaut (Belgium) in the 14th century:

A game of truth-telling is being played at court by a Queen and her retinue. A knight is asked by the Queen if he has fathered any children; he is forced to admit that he has not.
The Queen nods in assent, saying “you do not have the look of a man who could please his mistress when you hold her naked in your arms. For your beard is little more than the kind of fuzz that ladies have in certain places, and it is easy to tell from the state of the hay whether the pitchfork is any good.”
On his turn, the knight asks “Lady, answer me without deceit. Is there hair between your legs?” When she replies, “none at all”, he comments, “Indeed I do believe you, for grass does not grow on a well-beaten path.”

Emperor Augustus touring his realm and coming across a man who bears a striking resemblance to himself.
Intrigued, he asks the man: “Was your mother at one time in service at the palace?”
The man replies: “No your highness, but my father was.”

You see, his father was there… get it?… oh, nevermind.

6. I see what you did there

From the Codex Exoniensis, a 10th century Anglo-Saxon poetry book:

What hangs at a man’s thigh and wants to poke the hole that it’s often poked before?’
Answer: A key

7. A little truth from the ancient Egyptians

From an ancient Egyptian heiroglyph:

“Man is even more eager to copulate than a donkey – his purse is what restrains him.”

Alright, now go out and share some of these ancient dirty jokes with your friends. Hey, it’s education.