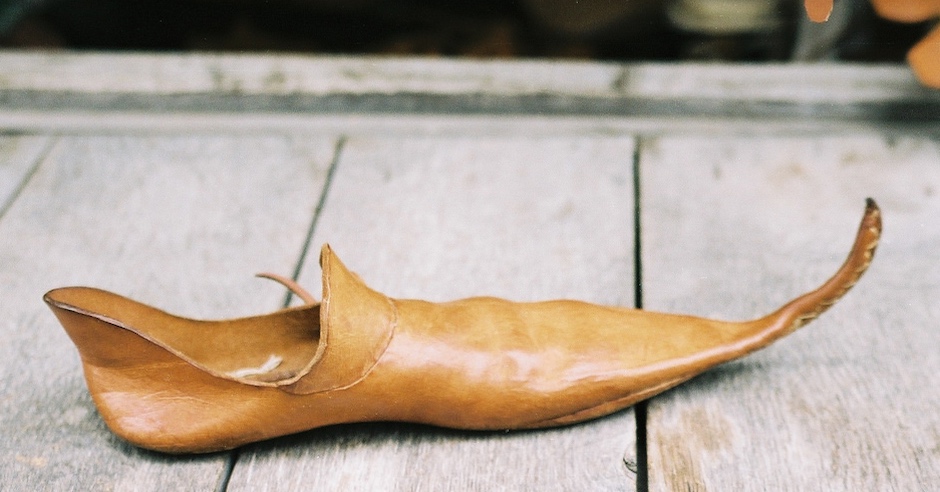 “Crakow”, or “Poulaine Shoes” are a type of shoes with bizarre pointy tips and an elongated appearance, which took their name and origins from Krakow, the capital of Poland.

You’ve probably seen them if you have ever read medieval books with pictures or looked closely at medieval art. They’re hard to miss.

A popular and trendy shoe 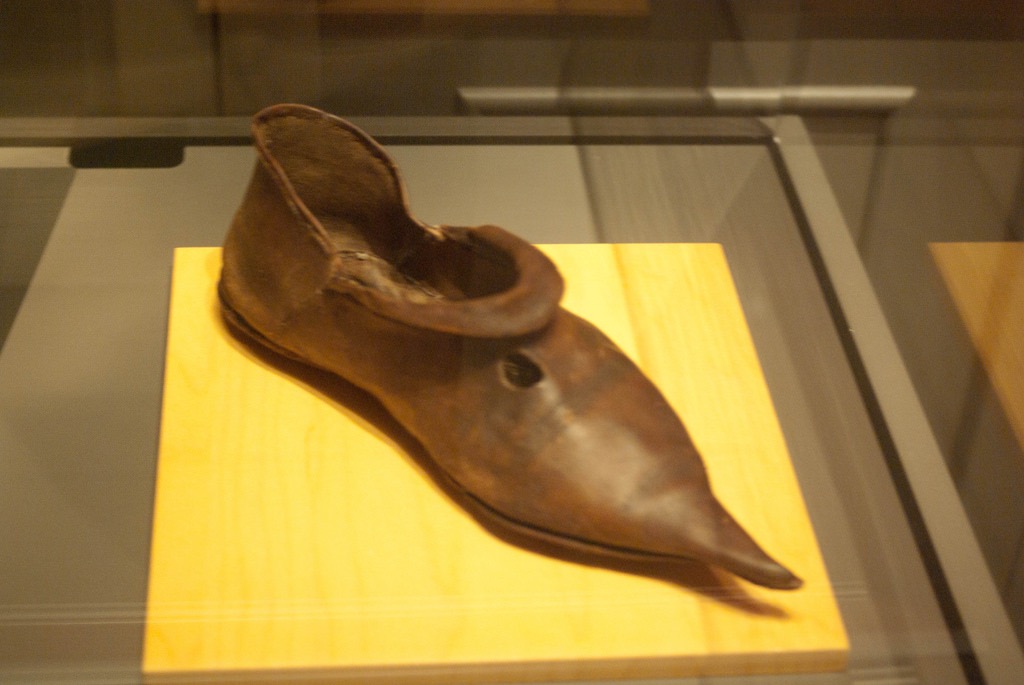 Despite their bizarre and funny appearance, Crakows were quite a trend in the middle ages, especially in Poland, England, and other European regions.

They first made their entrance in the middle age fashion, around the 12th century and had fallen in and out of fashion all through the beginning of 15th century.

The term “Poulaine” which meant “Shoes in the Polish Fashion” didn’t refer to the shoe itself but the pointy tip of the shoe. Anatomically, the shoes were filled with stuffing material like moss to help hold their shape and steadiness.

They were also supported by “pattens”, which were a type of overshoes usually made from leather or cork material. The actual shape of pattens differed from one Crakow shoe style to another.

Extra-long tips only if you can afford it

Crakow shoes were worn by both men and women although in males, tips were usually longer.

In most cases, the shoe’s tip wasn’t more than half of the length of the shoe, but some of the richest people were believed to have worn more extreme and lengthy versions of this, as a sign of their upper-class style.

Crakow shoes were also worn in indoor and outdoor situations except during the battle, as their shape and steadiness would prevent soldiers from moving freely and carrying out weapons.

Today (of course), the shoes are only found in museums and worn by some people in Medieval costumes but nothing more than that as they look quite funny and outdated in today’s modern fashion sense.