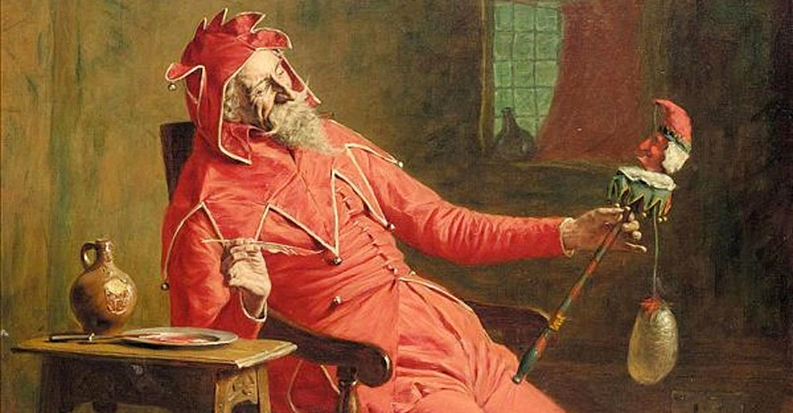 Roland the Farter was, as his name would indicate, a professional flatulist. This title essentially means that Roland was paid to fart in front of people. Kind of like Adam Sandler.

Except Roland didn’t make movies for Netflix, instead he worked in the court of King Henry II during the 12th century in England, when the medieval period was the most medieval it would ever be.

Roland’s performance holds a significant place in the history of professional flatulence.

Roland’s medieval world was one without TV, YouTube, or Instagram. Nowadays, if you want to see someone fart, it would only take you a few seconds to search and find a video, watch it, chuckle, and move on to something funnier (good luck).

However, in the middle ages, the need for entertainment was fulfilled by jesters like Roland. He often performed in the streets or the courts of nobility and royal families in exchange for money or, in rare cases, property. To which Roland the Farter served as the latter.

In fact, the flatulist was so successful with his timely farting abilities that King Henry II gave him his own manor house in Hemingstone, Suffolk, a region east of London. To some readers, this historical event might indicate that medievals were a mannerless uncivilized people who unabashedly laughed at middle school humor even more than we do today. The truth, however, is far more complicated than that.

Most scholars believe that the medievals still saw flatulence much in the same way we do today, as a disgusting taboo, a socially problematic aspect of the body we often avoid talking about. Some even believed farting to be a constant sign of our mortality. Only the middle ages could come up with something that depressing.

However, Roland shows us the other side of that view, the funny side we all know and love. All wrapped up in one crucial document, the only credible historical source we have of him, that summarizes Roland’s unique performance and the incredible reward he earned from the King.

The only credible source that ever mentions Roland is the Book of Fees, a 13th-century document used to account for the many fees owed by and towards the Crown.

Amongst a list of very serious and vital bureaucratic deals are a brief description of Roland’s performance and the payment he received from the Crown.

From the Book of Fees:

While these may seem like nonsense words to most, they’re actually Latin. After a good translation, the sentence briefly explains that Roland would perform “one jump, one whistle, and one fart” in a short one-person symphony of bodily noises. The three-part show was part of the King’s annual Christmas celebration, apparently serving as the grand finale to the overall holiday festivities.

Aside from being hilarious and an obvious indication of how much the British monarchy’s Christmas traditions have changed, Roland’s performance holds a significant place in the history of professional flatulence.

The performance is one of the earliest mentions of professional flatulence in medieval history, alongside 12 musical farters in Ireland who farted their way to fame during the same century as Roland. These historical records show that flatulence was more than just a joke; for some, it was a livelihood.

As previously mentioned, the fee book tells us that Roland got paid some serious cheddar—far more than most middle-class Englishmen did at the time.

In addition to the manor house, the medieval flatulist was awarded at least 30 acres of land, with some scholars estimating he received as much as 100 acres. That is some serious acreage, even for medieval times. Apparently, King Henry II had a very passionate sense of humor for well-timed gas, as we still do to this day.