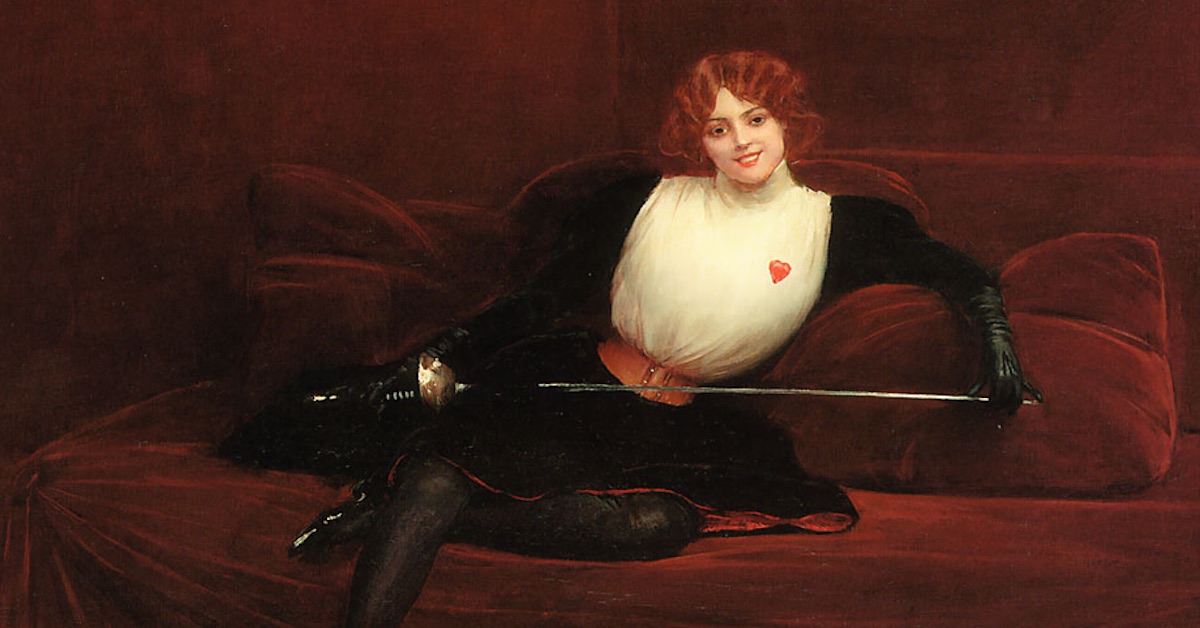 Born in 1673, Julie D’Aubigny, known as Mademoiselle Maupin, had shown a flair for music and arts from a very young age. Despite her girly beauty, D’Aubigny used to dress like a tomboy, a habit she kept also later in her young adulthood years.

When she was just 14 years old, she became involved romantically with an assistant fencing master named Serannes, which was accused of murder and had to flee with her to Marseille so he would escape jail.

she took the body of a dead nun, placed it on top of her lover’s bed, and set the room in fire to conceal their escape

During their trip to southern regions, after Marseille, the couple earned their bread by giving fencing exhibitions and singing. D’Aubigny still liked to wear male clothes, although she didn’t entirely hide the fact that she was a female. 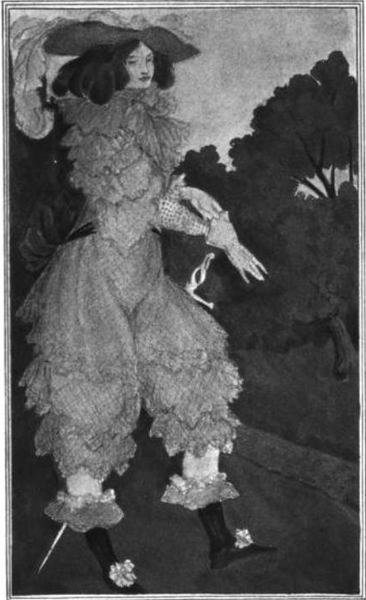 In love with another girl

Her professional Opera career started in Marseille, when she joined the famous opera company of Pierre Gaultier. But instead of staying with Serannes, she decided to try the companionship of a female. However, the parents of the young girl had sent her to a convent in Avignon, and Madame Maupin had to invent of a way to be with her lover, and so she joined the convent of the young girl as a postulant.

She then came up with a bizarre idea to run away with her girlfriend: she took the body of a dead nun, placed it on top of her lover’s bed, and set the room in fire to conceal their escape and make it seem like an accident. The relationship of the two young females lasted 3 months before the girl returned to her parents. Inevitably, Madame De Maupin was charged for kidnapping, stealing the body of a dead, and setting a building to fire, with death by fire penalty. But she had already escaped. 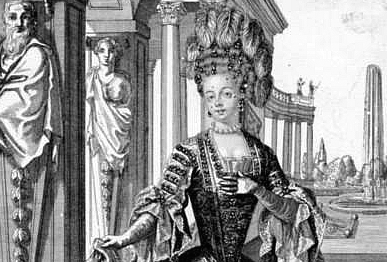 As she left for Paris, she earned her living like she did previously by singing in various events. Soon after she met an old actor named Marechal, who had started to train her until his alcohol problem grew worse and she was sent back to Paris. In Villeperdue and dressed as a tomboy, she was insulted by a young man and they fought a duel where she drove her sword into his shoulder. The day after, she asked if he was okay and discovered that this was the son of Duke of Luynes. She then indirectly apologized and began a love affair with the young man.

She once beat singer Louis Gaulard Dumesny after he harassed the women of the opera troupe.

Her tumultuous personal life and tricks don’t stop here though. As she developed an envious career in Opera in Paris adopting an androgynous appearance, she fought duels with multiple men who challenged her gender and beliefs to the point that she became the talk of town, as she beat them almost every time. She once beat singer Louis Gaulard Dumesny after he harassed the women of the opera troupe. Towards the last years of her career and faced with a death sentence, she persuaded the king to allow her a pardon in exchange for singing in his palace.