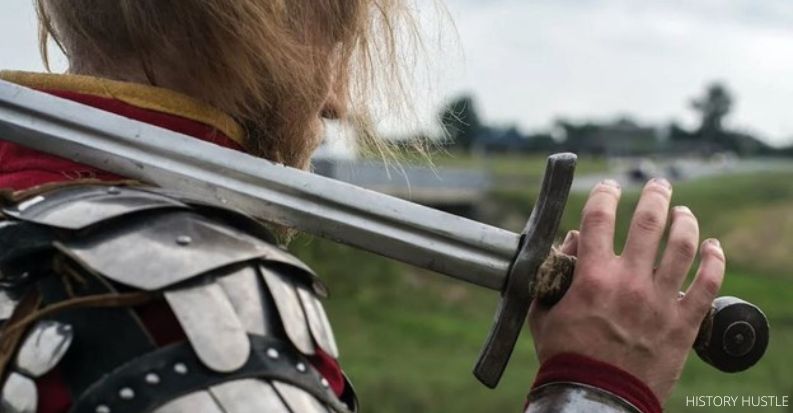 Europe has a very long history of wars and bloodshed. This is evidenced by the vast array of weapons used throughout different periods. One of these weapons is the sword. From records, there were countless sword types, most of them used even in today’s sword martial arts.

However, recognizing each sword type may be hard for the untrained eye. Thus, this article will cover the ten most popular types of swords known in European history, highlighting their most distinct characteristics.

Fencing swords were first used as a tool for entertainment during the late 16th-17th century in England. These swords, as observed from their design, were not made to cut objects but rather, for thrusting. Thus, these swords aren’t necessarily lethal.

There have been 3 types of fencing swords since their inception. These types are still highly popular and are used today.

The cutlass is a shortsword used as a slashing weapon during the 16th/17th-19th centuries. You may be familiar with this type of sword as it is used by pirates, sailors, and privateers, as depicted in movies.

This shortsword is known for its distinct guard and broad blade wielded for both killing and machete-like functions. Although short, some variations have a length that can go up to 31.5-35.4 inches (80-90 cm) long.

The large two-handed sword, from its name, is wielded with both hands, mostly for slashing. It is said that these swords could cut a human in two as if cutting through butter.

Although popular back in the 12th-19th centuries, the large two-handed swords are not used today, except for props for movies set in the medieval ages.

There are different types of two-handed swords. Each type is observed to have distinct lengths.

The falchion is a sword that came about during the 16th century. It was mostly used in Italy and Western Europe as a cutting weapon.

Its length is around 2.6-3.1 ft (80-95 cm) long and has a broad and wide blade, making it heavier than a regular sword. This design of the falchion was mostly inspired by the single-edged blade swords wielded by the Turkish, Persian, and Chinese.

The rapier ranks 6 in our list as it was widely used as a dueling weapon in Europe. It originated in Spain during the 17th century and has been popular ever since.

Rapiers are usually around 3.2 ft (~1 m) long and can have a basket-hilted guard like the broadsword. It is distinct for its very thin and extremely sharp edge.

With this design, the rapier can be used for both thrusting and slashing. It is said that veteran rapier users are lethal when faced. For this reason, it is sometimes referred to as a lethal fencing sword.

The sabre (also spelled “saber”) is the most recognizable sword in the late medieval and renaissance eras of Europe. It was during these periods that cavalry became a popular military tactic. Here, the fashion of slashing strikes predominated.

In eastern Europe, sabers were used for duels in the nobility and other medieval combat functions. Today, the saber is one of many national weapons employed by some countries.

The saber is mostly curvilinear, starting from its handle and up to its one-edged blade. Variations in its design according to its length and function are observed through its types: short sabers, long sabers, and saber fencing swords.

Everybody knows the Vikings for their scary and destructive axes. But did you know that they also used swords as they terrorized the whole of Europe?

The use of Viking swords dominated during the 6th/7th-11th centuries. Its usage was recorded in several parts of the Eurasian Steppes in the east, up to the western shores of France.

This medieval sword was probably the earliest European sword to have a guard, handle, and straight blade, similar to other modern sword types. Its length spans to 2.5-2.6 ft (75-80 cm) long.

The longsword (also “long sword” or “long-sword”) was first produced in the 10th/11th century. It is the most popular sword for knights and foot soldiers during this time until the 16th/17th century. It became one of the most notable swords in Europe.

Although all big swords may be considered in this category, this sword type is restricted only to the longswords that came right after the arming sword.

The arming swords (sometimes referred to as “knightly swords” or “crusader swords”) are weapons that were widely used during the middle ages, in particular, from the 10th/11th-15th centuries.

According to Oakeshott, this sword type was influenced by the Viking swords. With its design, wielding the arming sword spread rapidly across European lands.

However, this did not last long since bigger swords became more favorable in future battles. Later, the arming sword was only used as a side-sword that knights show for prestige and authority.

Arming swords are easy to distinguish. Its guard is in the shape of a cross and its overall length spans 2.6 ft (80 cm) long. It can also be wielded using only one or both hands.

No matter the differences in popularity, each of these individual swords reflects various events that were significant in shaping Europe’s history.  If you are a sword enthusiast, we recommend choosing from this list as they are all worth it to have and own.