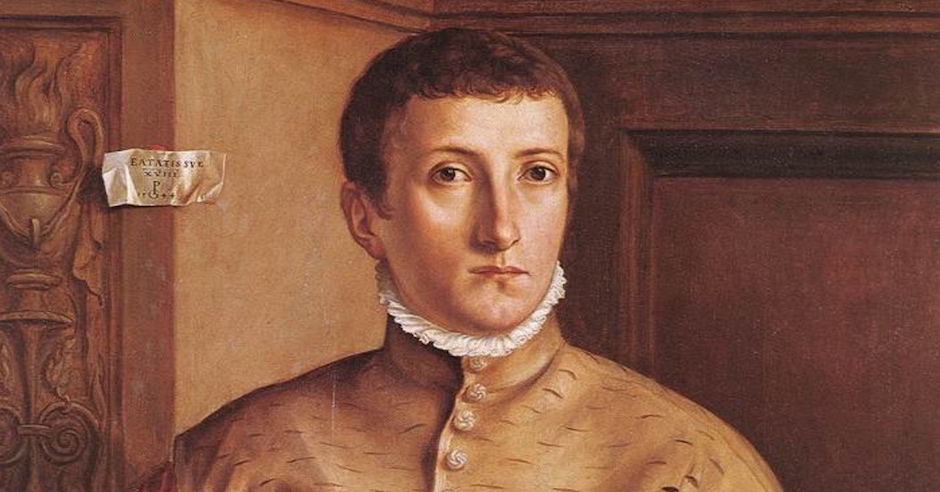 Long before Tide Pods, we were blaming “millennials” in some form or another for ruining everything we hold sacred, and having no morals or intelligence. But somehow those hooligans grow up to say the same thing. And over and over it goes. Here are 25 quotes, going back to ancient Athens, that prove it:

“[Young people] are high-minded because they have not yet been humbled by life, nor have they experienced the force of circumstances.
…
They think they know everything, and are always quite sure about it.”

“The beardless youth… does not foresee what is useful, squandering his money.”

“Our sires’ age was worse than our grandsires’. We, their sons, are more worthless than they; so in our turn we shall give the world a progeny yet more corrupt.”

Book III of Odes, Horace
circa 20 BC

“Modern fashions seem to keep on growing more and more debased … The ordinary spoken language has also steadily coarsened. People used to say ‘raise the carriage shafts’ or ‘trim the lamp wick,’ but people today say ‘raise it’ or ‘trim it.’ When they should say, ‘Let the men of the palace staff stand forth!’ they say, ‘Torches! Let’s have some light!’”

“Youth were never more sawcie, yea never more savagely saucie . . . the ancient are scorned, the honourable are contemned, the magistrate is not dreaded.”

The Wise-Man’s Forecast against the Evill Time, Thomas Barnes
1624

“… I find by sad Experience how the Towns and Streets are filled with lewd wicked Children, and many Children as they have played about the Streets have been heard to curse and swear and call one another Nick-names, and it would grieve ones Heart to hear what bawdy and filthy Communications proceeds from the Mouths of such…”

A Little Book for Children and Youth – Being Good Counsel and Instructions for Your Children, Earnestly Exhorting Them to Resist the Temptation of the Devil, Robert Russel
1695

“Whither are the manly vigour and athletic appearance of our forefathers flown? Can these be their legitimate heirs? Surely, no; a race of effeminate, self-admiring, emaciated fribbles can never have descended in a direct line from the heroes of Potiers and Agincourt…”

Letter in Town and Country magazine republished in Paris Fashion: A Cultural History
1771

“The free access which many young people have to romances, novels, and plays has poisoned the mind and corrupted the morals of many a promising youth…”

“…a fearful multitude of untutored savages… [boys] with dogs at their heels and other evidence of dissolute habits…[girls who] drive coal-carts, ride astride upon horses, drink, swear, fight, smoke, whistle, and care for nobody…the morals of children are tenfold worse than formerly.”

Anthony Ashley Cooper, the 7th Earl of Shaftesbury, Speech to the House of Commons
February 28, 1843

“… see the simpering little beau of ten gallanting home the little coquette of eight, each so full of self-conceit and admiration of their own dear self, as to have but little to spare for any one else…”

“Children And Children’s Parties”, published in The Mothers’ Journal and Family Visitant, S.B.S.
1853

“A pernicious excitement to learn and play chess has spread all over the country, and numerous clubs for practicing this game have been formed in cities and villages…chess is a mere amusement of a very inferior character, which robs the mind of valuable time that might be devoted to nobler acquirements … they require out-door exercises–not this sort of mental gladiatorship.”

“Never has youth been exposed to such dangers of both perversion and arrest as in our own land and day. Increasing urban life with its temptations, prematurities, sedentary occupations, and passive stimuli just when an active life is most needed, early emancipation and a lessening sense for both duty and discipline…”

“We defy anyone who goes about with his eyes open to deny that there is, as never before, an attitude on the part of young folk which is best described as grossly thoughtless, rude, and utterly selfish.”

“The bad manners of all parliaments, the general tendency to connive at a rather shady business transaction if it promises to bring in money without work, jazz … women painted like prostitutes, the efforts of writers to win popularity by ridiculing…the correctness of well-bred people, and the bad taste shown even by the nobility and old princely families in throwing off every kind of social restraint and time-honoured custom: all of these go to prove that it is now the vulgar mob that gives the tone.”

“Probably there is no period in history in which young people have given such emphatic utterance to a tendency to reject that which is old and to wish for that which is new.”

“Cinemas and motor cars were blamed for a flagging interest among young people in present-day politics by ex-Provost JK Rutherford… [He] said he had been told by people in different political parties that it was almost impossible to get an audience for political meetings. There were, of course, many distractions such as the cinema…”

“Parents themselves were often the cause of many difficulties. They frequently failed in their obvious duty to teach self-control and discipline to their own children.”

“…in youth clubs were young people who would not take part in boxing, wrestling or similar exercises which did not appeal to them. The ‘tough guy’ of the films made some appeal but when it came to something that led to physical strain or risk they would not take it.”

Young People Who Spend Too Much, Dundee Evening Telegraph
1945

“How to bring young people into membership of the Church was a pressing problem raised at a meeting… Sunday School teachers in the audience had found that children were apt to leave Sunday School when they had completed their day school education. They were not following on into the church.”

“It’s an irony, but so many of us are a cautious, nervous, conservative crew that some of the elders who five years ago feared that we might come trooping home full of foreign radical ideas are now afraid that the opposite might be too true, and that we could be lacking some of the old American gambling spirit and enterprise.”

The Care and Handling of a Heritage: One of the “scared-rabbit” generation reassures wild-eyed elders about future, Life
1950

“Many [young people] were so pampered nowadays that they had forgotten that there was such a thing as walking, and they made automatically for the buses… unless they did something, the future for walking was very poor indeed.”

Scottish Rights of Way: More Young People Should Use Them, Falkirk Herald
1951

“A few [35-year-old friends] just now are leaving their parents’ nest. Many friends are getting married or having a baby for the first time. They aren’t switching occupations, because they have finally landed a ‘meaningful’ career – perhaps after a decade of hopscotching jobs in search of an identity. They’re doing the kinds of things our society used to expect from 25-year-olds.”

“What really distinguishes this generation from those before it is that it’s the first generation in American history to live so well and complain so bitterly about it.”

“The traditional yearning for a benevolent employer who can provide a job for life also seems to be on the wane… In particular, they want to avoid ‘low-level jobs that aren’t keeping them intellectually challenged.’”

“They have trouble making decisions. They would rather hike in the Himalayas than climb a corporate ladder. They have few heroes, no anthems, no style to call their own. They crave entertainment, but their attention span is as short as one zap of a TV dial.”