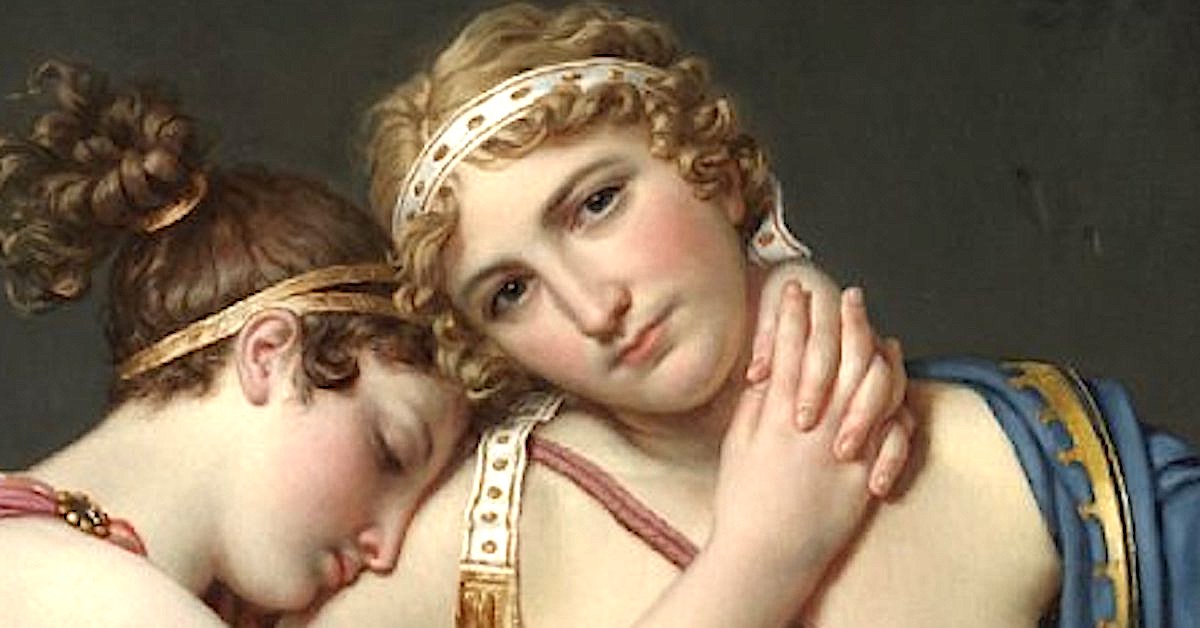 Love According to the Ancient Greeks

Jennifer Gold writes about love. Her novels are The Ingredients of Us, and Keep Me Afloat (releasing March 3rd).

When it came to love, the ancient Greeks didn’t limit themselves to one definition. Philosophers such as Plato and Aristotle recognized that love can come in many forms, from platonic appreciation to romantic lust.

This Valentine’s Day, take a lesson from the ancient Greeks and remember to celebrate not just the romantic love in your life, but the individuals you love in other ways. Whether it’s your spouse, parents, children, friends, pets, or someone else—love (in all its forms!) is worth celebrating.

Related to the modern Greek “erotas,” Eros speaks to sexual passion and intimate love. Though Eros can be felt initially (what modern people might refer to as “lust”), Plato argued that with contemplation, Eros becomes a deeper and more meaningful form of love: an appreciation of external and internal beauty.

A concept developed by Aristotle, Philia refers to a virtuous and loyal love. Aristotle spoke of Philia in his well-known work on ethics, Nicomachean Ethics, relating it to “brotherly love” and the love one might feel for family and community. Think of Philia as a love between friends—an affection amongst equals.

The ancient Greeks used Storge (pronounced store-gae) almost exclusively for a love felt between parents and their children.

A familial love, Storge references affection, empathy, and—in some interpretations—a dependent sort of love. It’s no surprise, then, that Storge can also refer to a love of country.

Aristotle spoke of Philautia, or self-love, in Nicomachean Ethics. The Greeks divided this type of love into two categories, acknowledging that it can be both positive and negative.

On one hand, it’s healthy and essential to value yourself—but let your self-love go unchecked, and it turns into ego, vanity, and selfishness. It is important to be balanced in Philautia.

Agape is a term for pure, altruistic love—it speaks to patience, forgiveness, and understanding. The verb form of the word dates as far back as Homer, translated as showing affection. In Greco-Christian circles, it refers to a charitable form of love—a high form of affection that includes a love of God.

Italian philosopher and priest Thomas Aquinas describes Agape as “to will the good of another.” Outside of its Christian influences, Agape can be considered a love that holds another person in high esteem.

Other forms of ancient love: