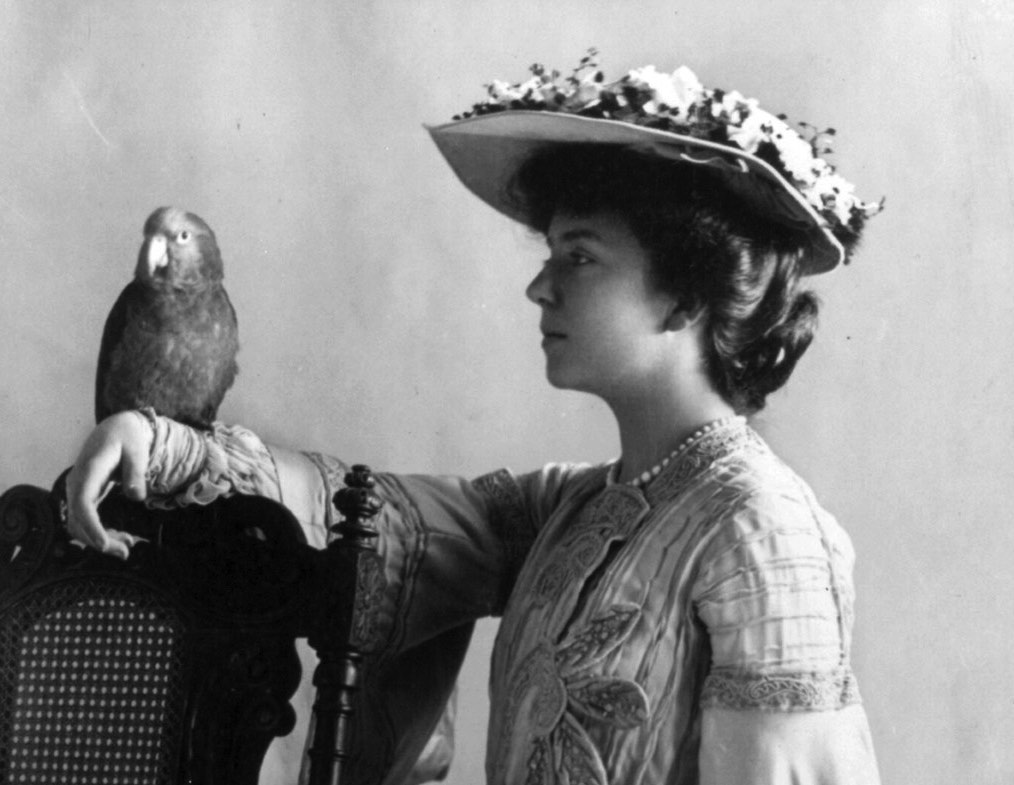 Drinking, smoking in public, spending time with men, staying out late, gambling… all of this sounds like the vices of a young girl in today’s society.

But believe it or not, these were just a few of the controversial pastimes of a former First Daughter. Who you may ask? No, not Malia Obama, or even the Bush twins; this less than ladylike activity was done by none other than Alice Roosevelt, daughter of all around badass President, Teddy Roosevelt.

She was blind to public opinion and spent her days smoking cigarettes publically, drinking, riding around with men, and tending to her pet snake, Emily Spinach.

Beautiful and full of life.

Alice was born in 1884, the oldest child of the future president. Her mother died two days after her birth. When her Father became President in 1901, Alice became the center of national attention and a favorite topic for the press.

Newspapers dubbed her Princess Alice and millions of American women started naming their babies after her and copied her dress and actions. Songs were written for Alice and her favorite color, a shade of blue-gray became widely popular as “Alice blue.”

Alice was beautiful, but she was also quite spunky. She was a woman way ahead of her time, and considered back then to be a rule breaker. She was blind to public opinion and spent her days smoking cigarettes publically, drinking, riding around with men, and tending to her pet snake, Emily Spinach, and placing bets with bookies in the White House.

When it came time for the Roosevelt family to move out of the White House, Alice buried a Voodoo doll of the new First Lady, Nellie Taft, in the front yard.

In 1905, Alice accompanied the Secretary of War William Taft and several other statesmen on an American diplomatic mission to Japan, Hawaii, China, The Philippines and Korea.

Alice knew that she would help distract the press on the trip from the secret negotiations between USA and Japan, and she did. She was constantly being photographed with the Emperor of Japan and the Empress of China. She jumped into the ship’s pool fully clothed and coaxed a Congressman to join her in the water.

Meanwhile, Taft himself was having unannounced conversations with Prime Minister Katsura. Those resulted in a memorandum of understanding that would remain secret for 20 years.

In it, the two nations would acknowledge each other’s strategic interests in East Asia, with the United States recognizing Japan’s domination of Korea while Japan disavowed any aggressive designs on the newly acquired American sovereignty over the Philippine Islands.

Alice grows up. Sort of.

Alice married Nicholas Longworth, a Republican member of the US House of Representatives in February 1906. 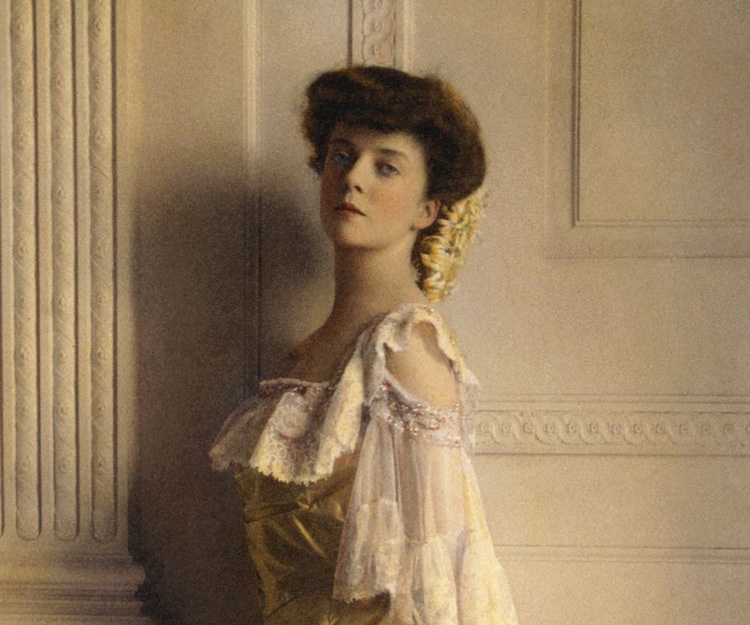 A scion of a socially prominent Ohio family, Longworth was 14 years her senior and had a reputation as a Washington D.C. playboy. Not settling down her spunk even in marriage, in 1912 Alice publicly supported her father’s 1912 Bull Moose presidential candidacy, while her husband stayed loyal to his mentor, President Taft.

During that election cycle, she appeared on stage with her father’s vice presidential candidate, Hiram Johnson, in Longworth’s own district. 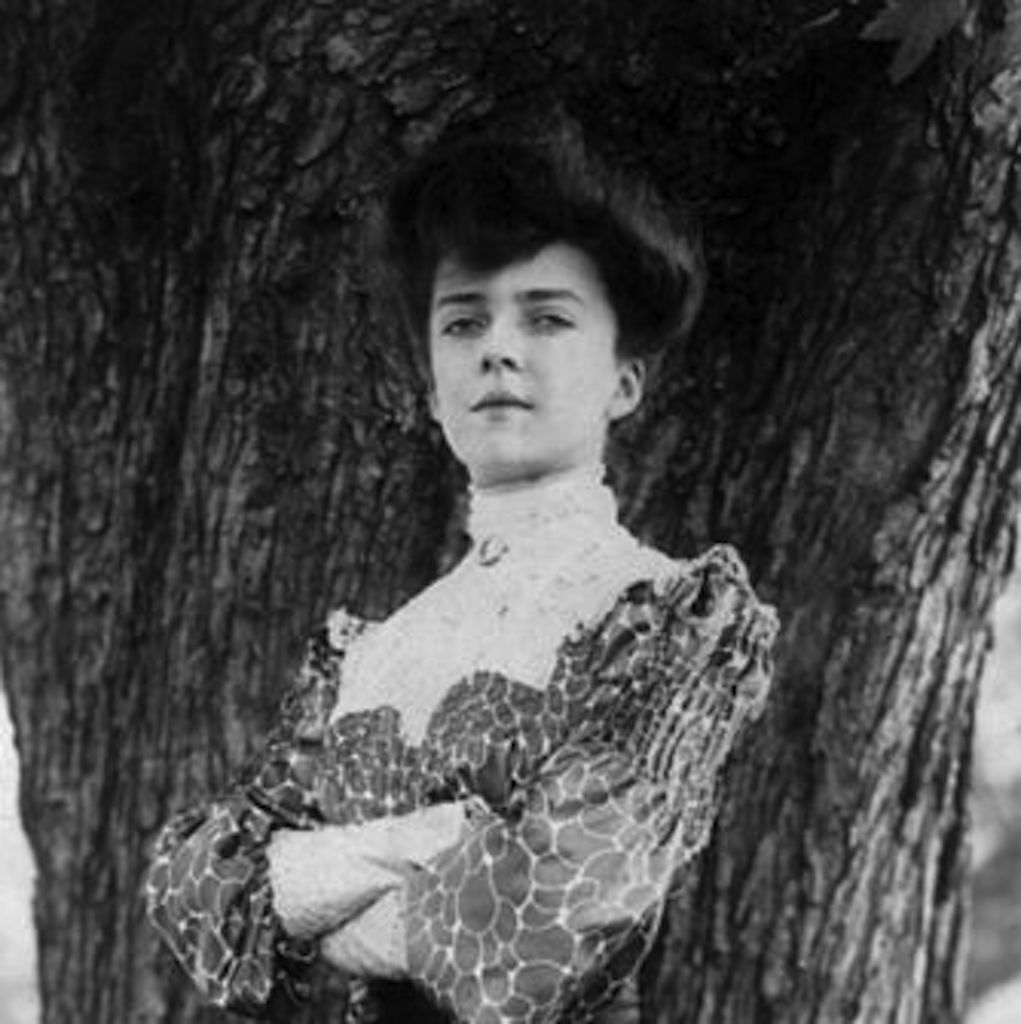 When it came time for the Roosevelt family to move out of the White House, Alice buried a Voodoo doll of the new First Lady, Nellie Taft, in the front yard. Later, the Taft White House banned her from her former residence—the first but not the last administration to do so. During Woodrow Wilson’s administration she was banned in 1916 for a bawdy joke at Wilson’s expense.

After many years of ill health, Alice died in her Embassy Row house on February 20, 1980 at age 96 of emphysema and pneumonia. She was involved with politics throughout the deration of her life, and will forever be remembered for her wit and unfiltered lifestyle. Her father was once quoted as saying “I can do one of two things. I can be President of the United States or I can control Alice Roosevelt.”