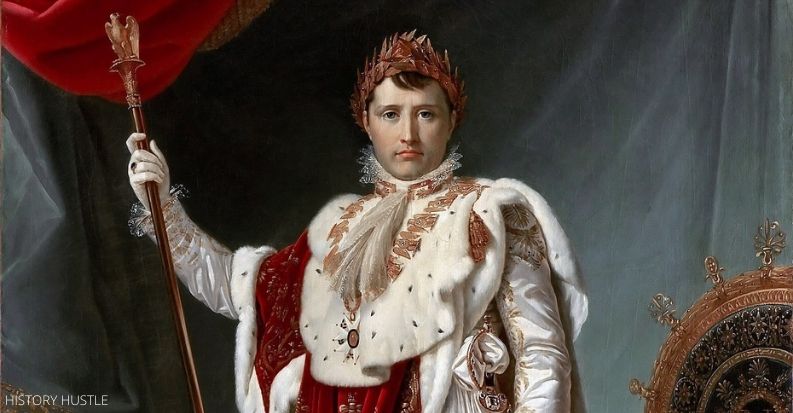 Napoleon Bonaparte, one of the most well-known military and national leaders of our history who managed to conquer Europe for almost a decade prior to his decline, had a very interesting personal life as well. Here are some Napoleon facts that prove it.

His nickname that his family and acquaintances used to call him when he was a kid was “Little Nabulio.”

Although rumor has it that Napoleon was short, evidence supports that he was actually 1.70, which was within the normal height range for males. His extra tall soldiers that guarded him and his palace weren’t helping his height rumor apparently.

Napoleon as a student was quite good and had a flair for maths but he reportedly had awful social skills as he couldn’t associate himself with his peers. His teachers had advised him to join the military, which he did later.

Even though he as a military leader was very courageous and fearless, he personally had an intense phobia for cats; small and big.

5. You can’t name your pig that

It is illegal to this day to name a pig “Napoleon” in France.

Napoleon’s intense romantic love for Josephine may appear normal on the outside, but Napoleon had a secret perversion; in his letters to his lover Josephine, he advised her to stop washing herself so that when he would come back, he would enjoy her natural smell while getting intimate.

7. Driving on the right

It is believed that driving vehicles on the right side in many parts of Europe was also partially contributed to Napoleon.

Napoleon lost an epic chess game to a supposed chess “machine” called Turk. The machine, however, actually had a hidden man inside making the moves.

His popularity and image were very important for him. He would at times appear disguised as a poor man in Paris, asking ordinary people what they thought about their leader Napoleon.

An Arabic legend says that the power behind his epic battle wins was neither his own nor from any other human. He had a “djinn” in a ring, which he commanded to help him win every battle. Some say it was a demon, but in either case, it’s a quite fascinating legend.

See our posts here if you want to know more interesting facts about Karl Marx or Alexander Hamilton.