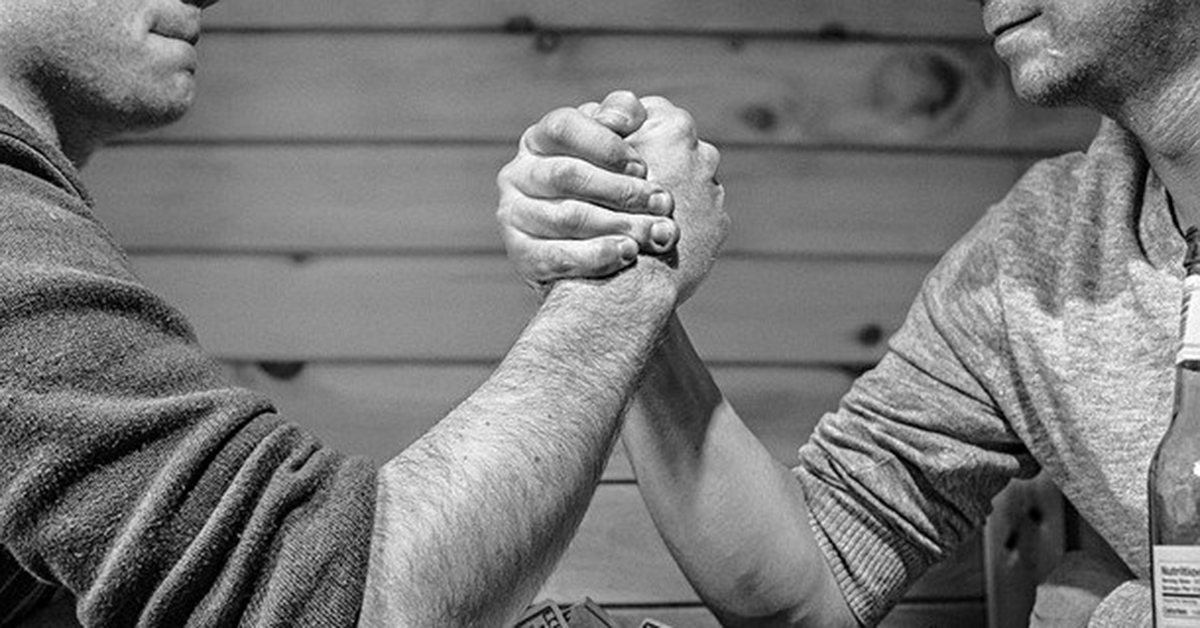 Conflicts in life are unpleasant. It destroys relationships and leaves a bitter taste in our mouths, so we try to avoid it at all costs. In history, though, conflicts were on a whole different level. Mean tweets and virtual cold shoulders weren’t a thing back then.

Back then, things got real pretty fast. Blood was spilled, villages were ruined, and families were torn apart. According to the Bible, today’s world is messed up because God and Lucifer had a petty fight about who’s light shined brightest (or something like that).

An African proverb says, “When two elephants fight, it is the grass that suffers.” Elephants are destructive by nature, but what happens when two beavers have a conflict? Two animals that are builders by nature. And instead of fighting each other to the death, they decide that victory will be based on who can build the strongest dam.

Such is the story of two brothers whose sibling rivalry led them to revolutionize the fashion and sports industry. They took the shoe industry to heights never imagined and gave athletes better deals than movie villains could ever think of. These two brothers are Adolf and Rudolf Dassler, the founders of Adidas and Puma, respectively. 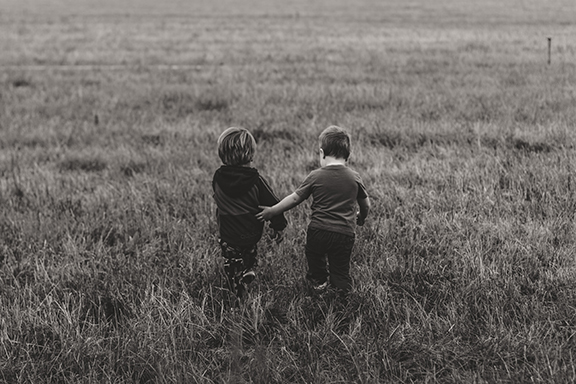 Who were the brothers?

Adolf “Adi” Dassler, a German soldier, returned after world war 1 in 1918. Upon his return, he realized his father’s shoe business had collapsed due to the war. So he decided to become a cobbler, which was the most respected craft in his hometown, Herzogenaurach in Bavaria.

He tinkered away in his father’s laundry shed, using any material he could find to make shoes. Adi was a natural. He loved making shoes. He got a kick out of making them(pun intended). He also loved sports, so he decided to make shoes for athletes.

His bigger brother Rudolf joined the business. Together they formed the Dassler Brothers Shoe Company. Rudolf, who was more extroverted, was in charge of sales and marketing, while Adolf, shy and introverted, built the shoes.

It was the original Steve and Wozniak story, with real apples to eat and actual mice running around.

In the Berlin 1936 Summer Olympics, the  African-American track-and-field star Jesse Owen wore the Dassler Brothers’ sneakers and won four medals, catapulting them into a higher level of fame.

I imagine Hitler wasn’t too happy seeing a black guy in German shoes, but maybe he saw the fashion revolution happening, and Hitler loved revolutions (maybe a little too much).

Athletes from all over Europe flocked  Herzogenaurach to grab a pair of the ever famous sneakers from the Dassler Brothers.

Things were looking good for the Dassler boys…

And then, in true God vs. Lucifer fashion, all hell broke loose…

This is where things get juicy.

By the late 1930s, the relationship between the Dassler brothers was in turmoil. The brothers hated each other. Many have attributed the cause of the conflict to different things.

There is even a story that says Adolf stormed into a room one time, mad about a bombing raid, and said, “Here are the bloody bastards again.” He was referring to the Allies, but Rudolf assumed it was directed at him and his family. While that story may be apocryphal, it’s my favorite of them all.

The one that makes the most sense is Adi’s marriage to Käthe.

Like Rudolf, Käthe was boisterous and confident. She quickly got involved in business proceedings.

Rudolf didn’t like this. Why would he let his brother’s wife interfere with his decisions? A woman? In conservative Nazi Germany? In the 1930s?

Rudolf was called to join the military in 1943, but he could not exempt himself. Adolf was also called but was exempted after only three months because he was deemed more important to the company than Rudolf.

Rudolf was boiling with anger.

He was convinced that Adolf and his wife Käthe plotted for him to be at the battlefront so he, Adolf, could have the business to himself. He fled the battlefront just ahead of the Russian army that was advancing and got a friend who was a physician to declare him unfit for service due to a frozen foot. Unfortunately for him, he was arrested for deserting his post. Rudolf was locked for a year while his brother continued to run the factory.

After a series of events involving the Gestapo and the denazification proceedings, Rudolf was freed.

At this point, the feud had gone too deep. The brothers couldn’t work together anymore. They decided to split the company in half and part ways. This caused a rift between the employees. Half of the employees, mostly the salespeople, chose to go with Rudolf while the technicians stayed with Adi.

Adolf combined his middle name Adi and the first part of his last name Dassler to form Adidas.

Rudolf decided to use the same method and named his company Ruda. He later changed it to Puma, after someone talked sense into him, I assume.

…and there, the two sneaker giants were born.

The partnership had died, but their feud was alive, more than ever. It was so intense that the entire town of Herzogenaurach became divided.

It was Adidas on one side and Puma on the other side. It was truly insane.

That town must have been wonderful for ugly or average looking people and horrible for hot people. It was a ridiculous way to judge a person, but it’s far less destructive than skin color. I’d take ‘shoeism’ over racism any day.

The people were looking down, inspecting one another’s shoes so much that  Herzogenaurach gained the nickname “the town of bent necks .”

While the people were busy bending their necks, Rudi and Adi were still going at each other in the sneaker market place.

Puma took the lead. Rudolf was a better salesman, and soccer players preferred his shoes because they were lighter. Adidas was falling behind.

Rudolf was winning, and I’m sure he relished the victory, but his success lasted as short as his temper was.

Rudi got into a fight with the German national team’s head coach, causing the coach to cross the river and befriend Adi.

This friendship changed everything for Adidas.

In the 1954 World Cup finals, the German team all wore Adidas sneakers. There was a downpour during the game, and Germany were the underdogs. How were they going to win in this bad weather? This is where Adi’s genius shined brightest. Because his soccer shoes had replaceable spikes, the German team could install longer spikes to hold them down on the wet ground.

In the 84th minute, a strike by Helmut Rahn won the game for Germany. The stadium erupted with celebration as screams from the fans thundered the grounds. It was their first World Cup win, and people were proud to be Germans again(because, you know…that horrible thing they did). Adidas’ sneakers became an international sensation.

Rudy was down, and Adi was up.

The shoe was on the other foot(and that pun was very much intended).

Puma never really caught up to Adidas ever again.

As the years passed, these two companies went back and forth with schemes to outdo each that were sometimes comical. Sometimes at Olympic events, Adidas employees would call and cancel Puma employees’ hotel reservations, leaving them stranded.

They may not have known then, but these schemes revolutionized the sports world forever.

After years of ruthless competition, the two brothers passed both their companies and hatred down to their sons.

The competition led to endorsement deals for Walt Fraizer, Karim Abdul Jabar, and Joe Namath. Even the rap group Run DMC got a deal from Adidas and made a song about it called… “My Adidas”.

The one time Adidas and Puma came together and agreed on one thing was the Pele Pact. This was a treaty by Horst and Armin Dassler not to sign the greatest soccer player of the time, Pele. They knew that engaging in a bidding war for Pele will jack up the price too high, so they decided to stay away for their benefit.

It was all good and dandy until, before the 1970 World Cup, Puma began signing all other players on the Brazilian team.

Like a hot girl who didn’t get asked to prom, Pele was confused.

Put yourself in his shoes (this is the last shoe pun, I promise)

He was good looking and the best player in the world. Why wasn’t any of the shoe companies offering him a deal? I’m sure there was pressure on both sides, but it was Puma that broke in this endorsement deal staring contest.

It was the biggest deal in sports yet.

To push things further, Pele, in the final game against Peru, got down on his knees and tied his Puma shoes – slower and more dramatic than I did when I was first learning to tie my shoes. The cameras captured the moment, and millions of people saw it. The Pele Puma’s sales went through the roof.

Horst Dassler was livid. There will never be any agreement between the two companies again…Ever!

The rivalry between these two blinded them to a new star on the block.

Bill Bowerman, a University of Oregon track-and-field coach and his former athlete Phil Knight, came out with Waffles’ shoe. Nike dominated the shoe industry due to the jogging boom, and their deal with Michael Jordan pretty much cemented their place as number one.

After a lot of generational issues, both companies are no longer run by the Dasslers. Some were kicked out because of mismanagement, and some had to sell their shares because of the inheritance tax debt they had accumulated.

In 1989, Puma was struggling so much that Armin had to sell the company. Adidas wasn’t doing well either. Another company, Reebok, also rose to become the second biggest shoe company.

The Adidas and Puma story is a great example of how competition can help bring out the best in us and consume us, leading us to make bad decisions. This doesn’t take away from the greatness of these two innovators and their fascinating story. Without them, athletes wouldn’t be as rich as they are now. With no endorsement deals, there would be no Michael Jordan shoes, and it’s safe to say African-American culture wouldn’t be what it is now.

Adi and Rudi started that train.

Adidas and Puma made a comeback in the industry even though they never could surpass Nike. Adidas wound up buying Reebok later on.

Rudolf died on October 24, 1974. While on his death bed, Adi never crossed the river to see his brother.

The two were buried in the same graveyard but on opposite sides.

“Snollygoster” is a Lost Word with Lasting Meaning

The History of Saint Patrick’s Day

This is Why We Think Pirates Talk in a “Pirate Accent”