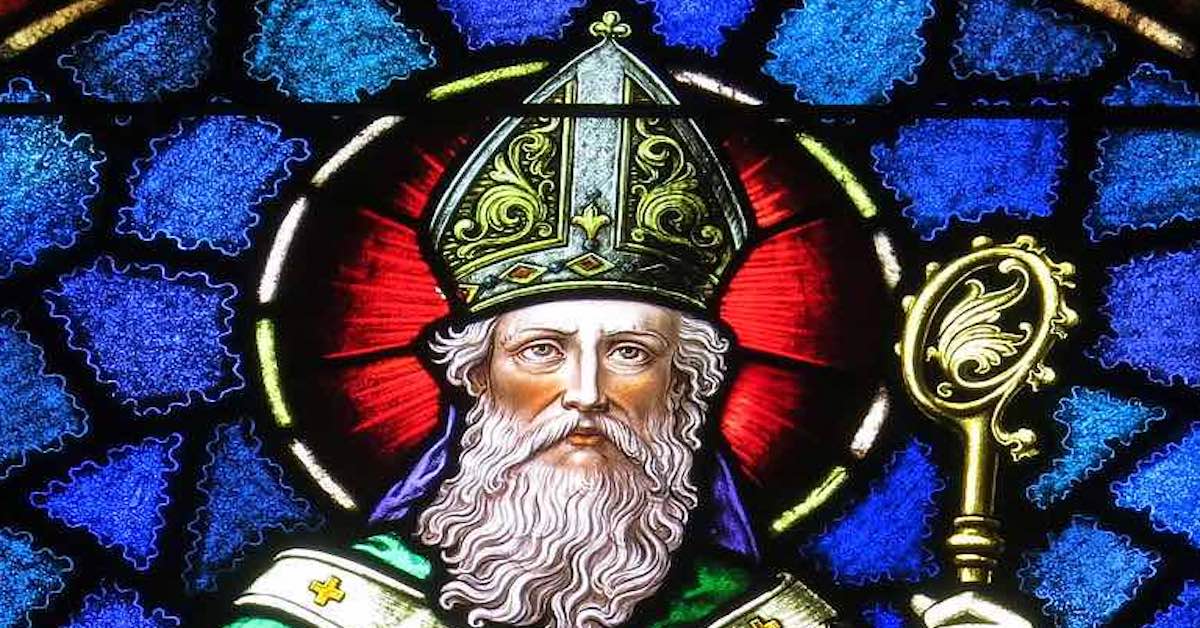 What is the history of Saint Patrick’s Day?

St Patrick’s Day is the National Day of Ireland and it was observed by those of Irish heritage around the globe. The day is the anniversary of the death of St Patrick who is the patron saint of Ireland. The patron saint of Ireland was not even Irish! Patrick was Welsh or English and kidnapped by Irish pirates and enslaved. Later he escaped, became a Deacon and returned to Ireland and battled against the pagan Druids as he attempted to convert the Irish. He was very successful and by the time of his death in 518 A.D. the island was mainly Christian.

We do not know how St Patrick’s day was celebrated in the centuries after the death of the ‘Apostle of the Irish’. However, over time as he came to be regarded as the patron saint of the Irish the day of his death became a religious holiday. It was not an official holiday and was not a Holy Day. It does seem that many people observed the death of St Patrick by attending masses. However, it seemed that the holiday was not very important and was only of the many Saints Days that were celebrated by the Irish. There is evidence that Irish clerics and monks celebrated the day as an unofficial holiday in Europe.

Luke Wadding and the history of Saint Patrick’s Day

If one were to credit one man with the ‘invention’ of St Patrick’s Day was Luke Wadding (1588-1657). He was an Irish Franciscan Monk and was a great scholar. Wadding had fled Ireland because of persecution by the English.  He was able to persuade the Roman Catholic Church to insert Saint Patrick’s Day into the Church Calendar and this meant that every Catholic had to attend mass to observe the life and death of the 5th century saint.

The Pope probably granted Wadding’s request because he wanted to support Irish Catholics who were being repressed because of their faith. St Patrick’s day was marked by religious observance both in Ireland and elsewhere. Those Irish who were in exile

For many centuries St Patrick’s Day was an important Holy Day. The Irish may have eaten meals to commemorate the Day, but it was not a day of wild celebrations. This was also in part because the saint’s day fell during the period of Lent when Christians fast and abstain from many foods and alcohol.  For many centuries St Patrick’s Day was not a great deal of fun. The day was not only marked by Irish Catholics but also by Irish Protestants.

From the eighteenth century there was an exodus of Irish people to foreign shores. They were fleeing political repression, famine and poverty. Many of them emigrated to North America. From the early eighteenth century the Irish in America celebrated St Patrick’s day.   A group of Irish Protestants held a celebration in Boston to mark the death of the patron saint of Ireland. This was only a celebration and was not a parade. Many Irishmen served in the British army and they served in the North American colonies. Some of the earliest known parades in North America were organized by Irish soldiers. 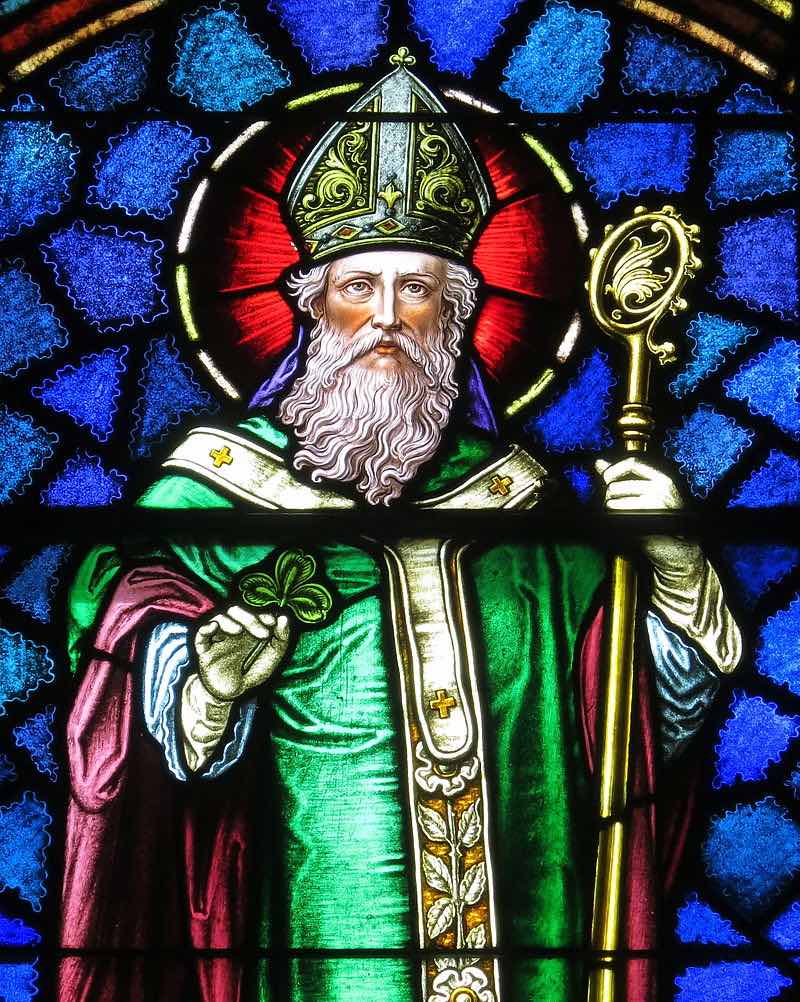 There are records of a parade by Irish soldiers celebrating the Saint’s holiday in Montreal, Canada in the mid-eighteenth century.  In the 1760s a celebration of the saint’s holiday was help in Boston. This was rather an informal celebration. The first known St Patrick’s Day in America was held in New York in 1766. There was also a small parade that was organized in Philadelphia in 1771. This could be classed as perhaps the first real St Patrick’s Day parade

Many Irish immigrants served in the Revolutionary Army and many of the Founding Fathers, including George Washington, were sympathetic to the cause of Irish freedom. The future first President of the USA allowed his troops to celebrate St Patrick’s Day in 1780. After 1800 there was a wave of Irish immigrants arriving in America. They formed self-help associations and they helps parades in Irish neighborhoods in New York and elsewhere.

The Catholic Irish emigrants had a very strong identity in part because of the prejudice that they faced from so called ‘nativists’ who discriminated against them. From the 1820s onwards, St Patricks Day Parades were celebrated on the 17th of March in many cities. These parades were very controversial, and many non-Irish residents resented and disliked these events. They were seen as over expression of Roman Catholicism and this antagonized many Protestants. Moreover, many people deplored the anti-British sentiments expressed at these celebrations.

Irish nationalist groups such as the Fenians who launched a revolt against the British in the 1860s used the parades to raise funds and gain support. The actual Spectacles were rather similar to today’s. The police and the firemen who were often Irish would take part in the parade. Local associations and bands would also participate. It was in the 19th century that St. Patrick’s Day parade became associated with wild celebrations. Many parades were marked by public disturbances and fighting. This continued despite the condemnation of the local Catholic bishops.

In Ireland, St. Patrick’s Day remained largely a religious festival. This was because it fell during Lent. This was to change under the influence of Irish-Americans, many politicians lobbied the British to recognise the day as a public holiday. Irish nationalists achieved their goals in 1903.  The 17th of March was declared a public holiday in Ireland. Unlike in America the day was not a day of public celebration and fun. In Ireland the bars were closed, and no alcohol could be served. It was a ‘dry’ day and no alcohol could be consumed.

Naturally it did not stop people from having drinks in the privacy of their own home and there were often private parties that toasted the patron saint. Then there were no parades. This was because of the influence of the Catholic Church. In 1922 Ireland was portioned into the Republic of Ireland Northern Ireland. The Republic became independent while Northern Ireland remained part of the United Kingdom. In the Republic, St Patricks day continued to be a public holiday but this was not the case in Northern Ireland.

The first recorded St Patrick’s Day Parade only took place in Waterford in the 1930s. In general there were no parades held mainly because of the opposition of the Catholic Church. This was to remain the case until the 1960s. The Irish government was very aware of the popularity of the Parades in the United States and Canada. They decided that if they held these Parades in Ireland it would boost the economy and especially the crucial tourist industry. In 1966 the government of Sean Lemass persuaded the Catholic Church to drop their opposition to the sale of alcohol on March 17th. 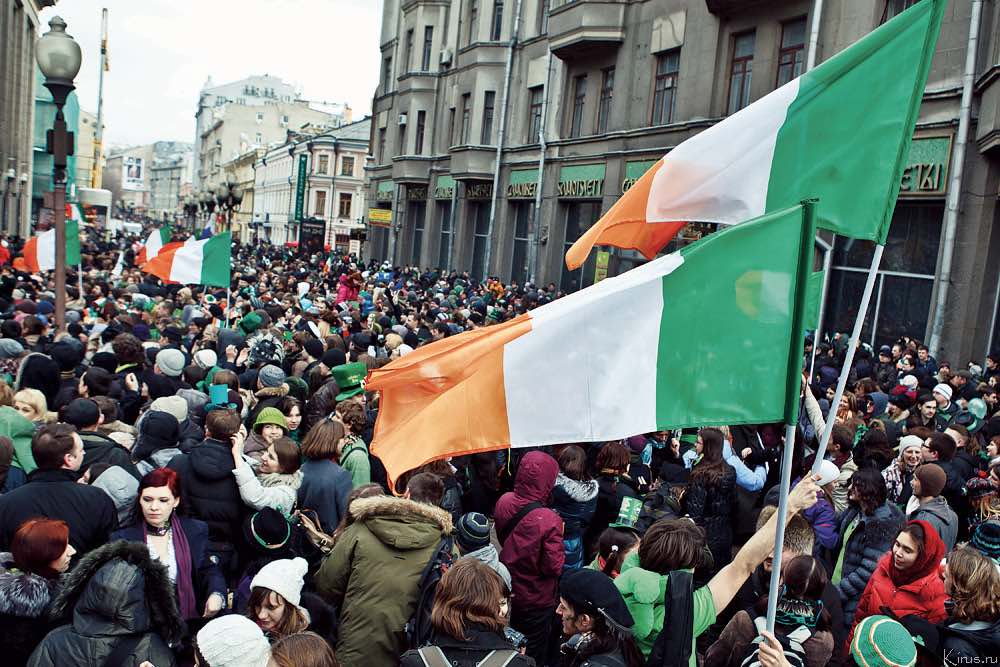 They relented and this led to the introduction of American style Parades and celebrations throughout Ireland. Soon every village and town in Ireland had their own parade and St Patrick’s Day became renowned as a day of heavy drinking. The success of St Patrick’s Day was such that by the 1990s the Irish government declared a week long celebration of the holiday. By then the day had become largely stripped of its religious significance. However especially in rural areas, people still mark the day by going to mass and visiting Holy Wells.

Since the Partition of Ireland there have been attempts by groups such as the Irish Republican Army to unify Ireland by violent means. The period in Northern Ireland known as the Troubles saw almost 30 years of violence and terrorism. St Patrick’s Day was often used by these groups to publicize their goals, especially in North America. Since the Good Friday Agreement 1998, St Patrick’s Day Parade has become more of a celebration of all things Irish.

The popularity of the St Patrick’s Day Parades and their color and pageantry persuaded many Irish communities around the world to hold celebrations.  By the end of the twentieth century there were annual Parades held around the world. There are now Parades held anywhere where there are people of Irish descent. There are parades in Britain, Australian, Canada, Montserrat, New Zealand, South Africa and almost every European capital. Typically, these events are celebrated on the Saturday or Sunday nearest the 17th day of March.

Cockaigne, the ‘peasant’s heaven’ where nuns are naked, the sky rains cheese, and wine flows in rivers

15 Quick and Easy Medieval Expressions to Sound Epic Every Day

The Bayeux Tapestry and Its Importance in Medieval History