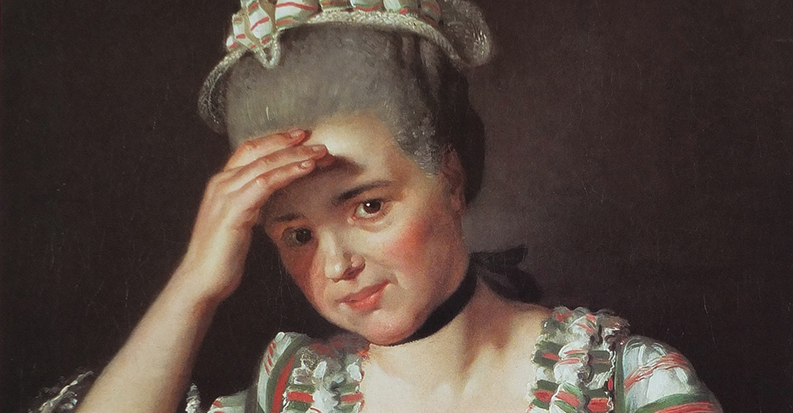 History is full of amazing success stories, you know the ones I’m talking about. Abraham Lincoln, Japan’s post-WW2 recovery. One hears about those a lot. But what about the disaster stories? The epic fails and losers of history. Let’s put the spotlight on them for a change, in the form of a comedy show, and list History’s (Not) Top 10.

Christopher Columbus. Regardless if you think he should be celebrated or condemned as a mega-sized historical figure, one has to admit that him being so ridiculously wrong about his discoveries is objectively funny. As you probably remember from school (I’ll spare you the rhyme), in 1492, Columbus and his three vessels landed in the modern-day Bahamas. But since Europeans had very little knowledge of any land east of Asia, Columbus thought, due to the tropical climate and non-white inhabitants, “whoa guys, this must be India!”

Despite the misunderstanding, the aftermath jump-started the Age of Exploration (or the age of indigenous extinction) from 1500 AD – 1700 AD. During this world-shifting time, Europeans spread their influence and colonized indigenous lands for financial gain. How ironic it is that this new historical era originated from a silly, misconstrued accident.

If you’re skeptical about the name, I’m here to tell you, yes; there was a war involving Emus. Of course, it wasn’t Emus fighting other Emus, but humans versus birds.

The overall event took place in Australia during the Great Depression. Due to food prices going up, Australia wanted farmers to crank up their grain production, thus putting a lot of pressure on them to fix the problem.

But it would seem the Great Depression had other plans. Enter the army of grain-eating Emus, who only made prices worse and put more pressure on the Australian government and its farmers to produce more grain. As the saying goes, desperate times call for military-grade machine guns. To combat the Emu army, Australians deployed first world war veterans to launch an all-out attack on herds of Emus.

However, after a few battles with an army of feathered bipedal warriors, the machine guns weren’t able to stop them, and the Emus continued to ravage Australian grain fields.

“If we had a military division with the bullet-carrying capacity of these birds, it would face any army in the world … They can face machine guns with the invulnerability of tanks.”

During that first attempt, the Aussies only killed around 300 emus of an estimated 20,000 known to be ravaging the area. It seemed that the small militarized forces would not suffice, so the government instituted a bounty on dead Emus, resulting in over 50,000 dead birds all across Australia and a victory for grain farmers at last.

This sexy fellow is Charles II, former King of Spain and most definitely not a sexy fellow. Despite being a king, Charles is best known for his severely protruded jaw, more commonly known as the ‘Habsburg Jaw,’ allegedly the result of 8 generations of inbreeding.

He had a large nose, bulging eyes, and of course, his messed up jaw. Some former court members described Charles as having difficulty eating, drooling uncontrollably, and having trouble speaking.

In addition to his Brad Pitt-like features, Charles suffered from health issues all his life, eventually leading to his death in 1700 from alleged hydrocephalus complications at age 38 and without an heir.

Charles was infertile all his life and never produced a prince or princess, which left the Spanish throne up for grabs—marking the beginning of the War of Spanish Succession. This fight encapsulated all of Western Europe for 13 years, capping off an already comically tragic legacy.

Charles II isn’t exactly one of the biggest winners in history. His story is just as grotesque as it is a fail. The deformed king is easy to make fun of, that is certain, but simultaneously warrants our pity like a sad mutated puppy who accidentally caused a war of succession.

Speaking of starting wars, let us talk about the League of nations.

The League’s initial goal had been to disarm nations to the degree that would leave them incapable of mass invasions but just strong enough to protect themselves.

However, most of these countries were still afraid of invasions from countries like Germany and stocked up on arms anyway. Along with those nations, the Axis powers stocked up too. They stocked up a lot, allowing them a “well, it’s not bad if everyone else is doing it” excuse, resulting in a famously inept failure of epic proportions. Today we call that failure World War II.

In 2000, the founder of Netflix, Reed Hastings, offered Netflix to Blockbuster for only $50 million, (today Netflix is worth over $30 billion). But plot twist! Blockbuster said no. Blockbuster would underestimate Netflix again and again, mainly by refusing to adapt to their innovative streaming model.

Blockbuster clung to their time-honored brick and mortar rental stores and died shortly after. Today only one blue ticketed store remains, symbolizing a critical lesson: when something moves online, move with it. Otherwise, you’ll pull a ‘Blockbuster.’

Once upon a time, in 1560, Imagawa Yoshimoto, a Japanese daimyo, was on top of the world.

In his heyday, Yoshimoto amassed a large invasion force of over 20,000 strong (although he often bluffed that it was 40,000), assembled strategic marriage alliances, and was on his way to conquering most of Japan until he was stabbed to death by samurai.

Yoshimoto’s ironic end came right before his army was set to march against the last army left to oppose him.

The powerful daimyo’s army was nearly six times the size of his enemies; victory seemed inevitable. So the daimyo decided to celebrate his eventual victory with sake-infused partying, making themselves vulnerable to a surprise attack. You can probably guess what happened.

Yoshimoto and his forces lost in one fail swoop, and just like that, everything he had built was gone. Imagine getting so close to your hopes and dreams then dying because you went out to drink before the final exam. Not fun for Yoshimoto. But a seriously epic fail nonetheless.

Charles the Bald (823-877 AD) is the last Charles to make this list, but certainly not least.

Ironically, despite his name, most depictions of Charles don’t portray him as bald, nor do any descriptions.

Scholars aren’t exactly sure why writers of the day called Charles bald. Some say it was for sardonic purposes due to his excessive hairiness. Other historians believe it was his lack of land that his peers considered “bald.”

Nevertheless, it’s interesting that even back in the early middle ages, roasting people was a thing, proving that humans are humans no matter the era.

This list wouldn’t be complete without the king of all historical screw-ups, Colonel George Armstrong Custer.

The infamous leader began his military career graduating at the bottom of his class at West Point but climbed up the ladder quickly to become a lieutenant colonel for the United States Army.

In 1876, Custer was tasked with rounding up the plains Indians so that the government could move them to reservations alongside other Native tribes.

But the plains Indians, including the Lakota Sioux, the Arapaho, the Dakota, and the Northern Cheyenne, were like Nah, we ain’t going.

After receiving intel that the Natives knew his forces were in the area, Custer decided the best course of action was to attack immediately. The logic was bold, brash, and ended up leading his force into a massive ambush, resulting in Custer’s entire 7th regiment massacred on the Black Hills of Montana. Despite accomplishing many military feats in his career, Colonel Custer will always be synonymous with his last stand, a heroic but very unnecessary moment in history.

Back in 1976, 3 men at Atari decided to found a computer company called Apple. Those three men were Steve Jobs, Steve Wozniak, and Ronald Wayne. The only non-Steve of the trio, Ronald, was tasked with a couple of minor roles in their new company. Including designing the logo and serving as a tie-breaker between the two Steves on big decisions. For those roles, he received 10% of Apple while the Steves each held 45%.

However, after only 12 days with the company, Ronald found the startup too risky and decided to sell his shares back to his former partners for $800.

Today, the corporation Apple is worth over 2 trillion dollars, making them the most valuable company in the entire world. So what is 10% of over 2 trillion dollars? Well, it’s probably enough to keep one from retiring to a mobile home park selling stamps, which is where Ronald ended up after leaving Apple all those years ago. He could’ve been one of the wealthiest human beings on planet earth. At least he got his $800 bucks.

The Battle of Karansebes was a bloody affair between the Ottomans and the Austrians during the short-lived Austro-Turkish War from 1787-1791. Historians estimate that around 150 Austrian soldiers died along with 1,200 wounded and missing. Meanwhile, the Ottomans suffered zero deaths, no injured soldiers, not even a scratch.

This battle sounds like a complex riddle, but it’s really quite simple. During the night, a group of Austrian soldiers on a scouting mission stumbled upon a group of nomadic Romani people selling beer. Of course, they had to buy some and soon became drunk, attracting another group of soldiers who wanted some too. Drunk on their drunkenness, the soldiers with the beer refused to share any.

Soon a fight ensued, and one of the soldiers fired a shot close enough for the Austrian camp to hear, which they assumed to be the Ottoman army, and began marching on their own forces.

One-shot leads to another, and before long, the Austrians were battling themselves with artillery and gunfire. When the Ottomans arrived, for real this time, they were quickly able to defeat the disoriented Austrians, who quite literally shot themselves in the foot.

It’s fun to laugh at these historical figures for their mistakes or the terrible situations that made their lives difficult. But that’s the definition of comedy. While history is known as a serious intellectual field, it’s essential to reflect on our species’ past, still studying it, while simultaneously laughing at the unfortunate ones’ expense.

Lila Thulin (December 4, 2019). The Distinctive ‘Habsburg Jaw’ Was Likely the Result of the Royal Family’s Inbreeding. Retrieved from https://www.smithsonianmag.com/smart-news/distinctive-habsburg-jaw-was-likely-result-royal-familys-inbreeding-180973688/

The League of Nations. The United States in World War I. Retrieved from https://www.khanacademy.org/humanities/us-history/rise-to-world-power/us-in-wwi/a/the-league-of-nations

(September 2019). The Tale Of How Blockbuster Turned Down An Offer To Buy Netflix For Just $50M. Retrieved from https://www.gq.com.au/entertainment/film-tv/the-tale-of-how-blockbuster-turned-down-an-offer-to-buy-netflix-for-just-50m/news-story/72a55db245e4d7f70f099ef6a0ea2ad9

(December 21, 2020). Battle of the Little Bighorn. Retrieved from https://www.history.com/topics/native-american-history/battle-of-the-little-bighorn

What happened in 1788 with the Austrian army at the Battle of Karansebes?. Retrieved from https://study.com/academy/answer/what-happened-in-1788-with-the-austrian-army-at-the-battle-of-karansebes.html