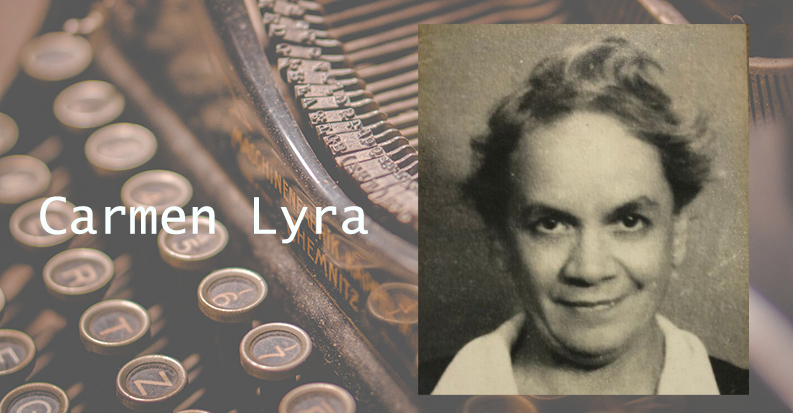 Costa Rica is a peaceful country now but that tranquility is the result of a tumultuous history, and when Maria Isabel Carvajal Quesada was born in the Capitol City of San Jose on January 15, 1887, she couldn’t have possibly known her inauspicious beginnings would lead her to become one of the country’s most celebrated writers. 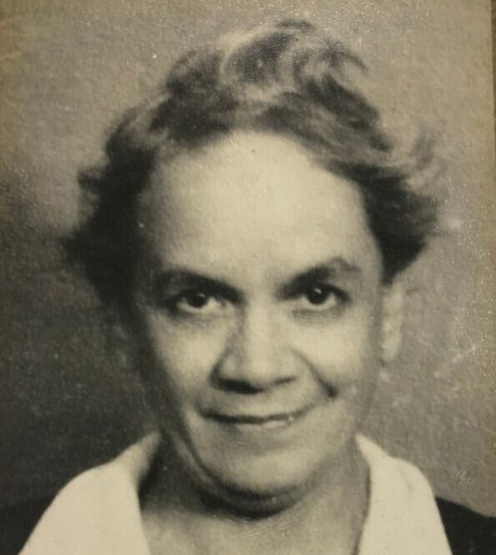 A Child of Love

Born the illegitimate daughter of Elena Carvajal Castro, there is some mystery surrounding her father, who is thought to be the lawyer and prominent Congressman Andres Venegas. Some doubt has been cast as to whether Venegas was, in fact, her father.

Young Maria began her life in an adobe home in Barrio Amón and attended the Superior School for Girls until she graduated in 1904, and turned her life to teaching. In 1906 she began work at the San Juan de Dios Hospital but began to realize religious life was not for her over time.

Soon after, Maria began working as a teacher and a writer and began sending articles to newspapers, including Diario de Costa Rica, La Hora, and La Tribuna, and magazines such as Ariel, Athenea, and Pandemonium. 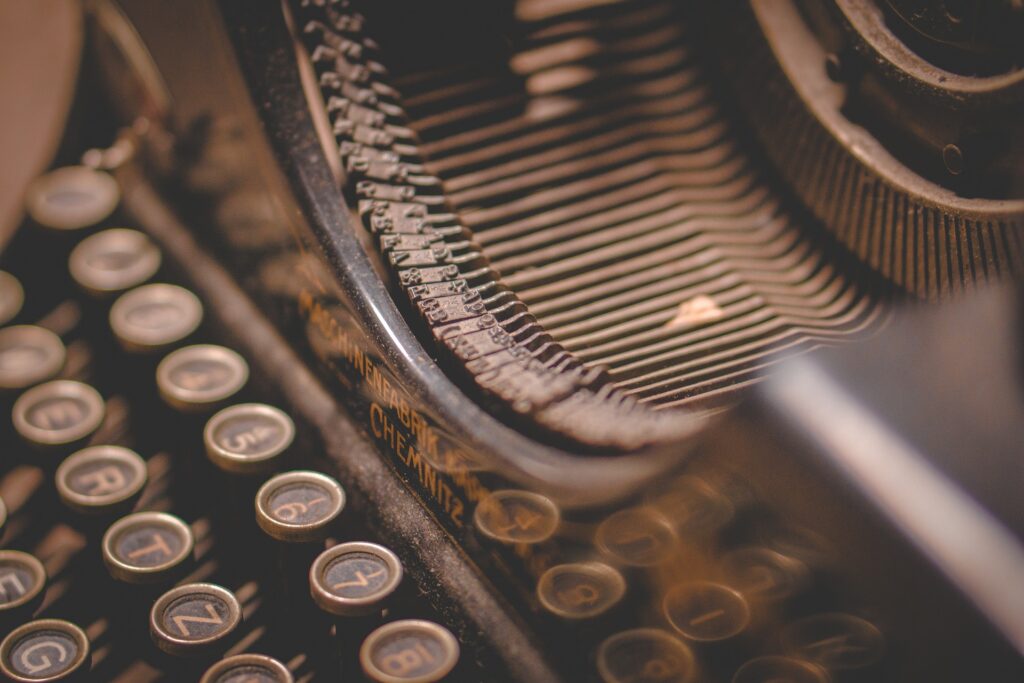 The Novel and The Magazine

In 1912, young Maria and her friend and fellow educator Lilia González began publishing San Selerín, a magazine aimed at children. Indeed, Maria, who eventually changed her name to Carmen Lyra, spent most of her life advocating for poor children, eventually writing her first novel En Una Sida de Ruedas (In A Wheelchair). Written in 1918, the novel tells the story of cultural traditions and manners through the eyes of a paralyzed boy who becomes an artist later in life. The book is a sentimental look at the bohemian lifestyle that was common in San Jose at the time.

But by 1919, the political situation in this tiny country was highly charged and people chafed under the repressive military dictatorship of Federico Tinoco Granados, who gained power during a coup d’etat in 1917. Favored by the upper classes, Granados did everything in his power to crush all opposition.

The End of A Dictatorship And A Narrow Escape

Carmen Lyra was as effective at speaking as she was at writing, and in 1919 during a protest held by teachers from San Jose, she galvanized the crowd and their seething anger led to the burning down of the office of La Informacion, the official newspaper of the Costa Rican government. Police launched a manhunt, but fortunately, Carmen escaped, disguising herself as a newspaper seller.

But even as the turmoil continued, Carmen kept busy and wrote what would become her most beloved novel — Los Cuentos de Mi Tia Panchita (Tales of My Aunt Panchita). Tinoco’s presidency ultimately ended in disgrace in August 1919, after the assassination of his brother and Granados resigned in favor of Juan Batista Quirós. He then sought exile in Europe. 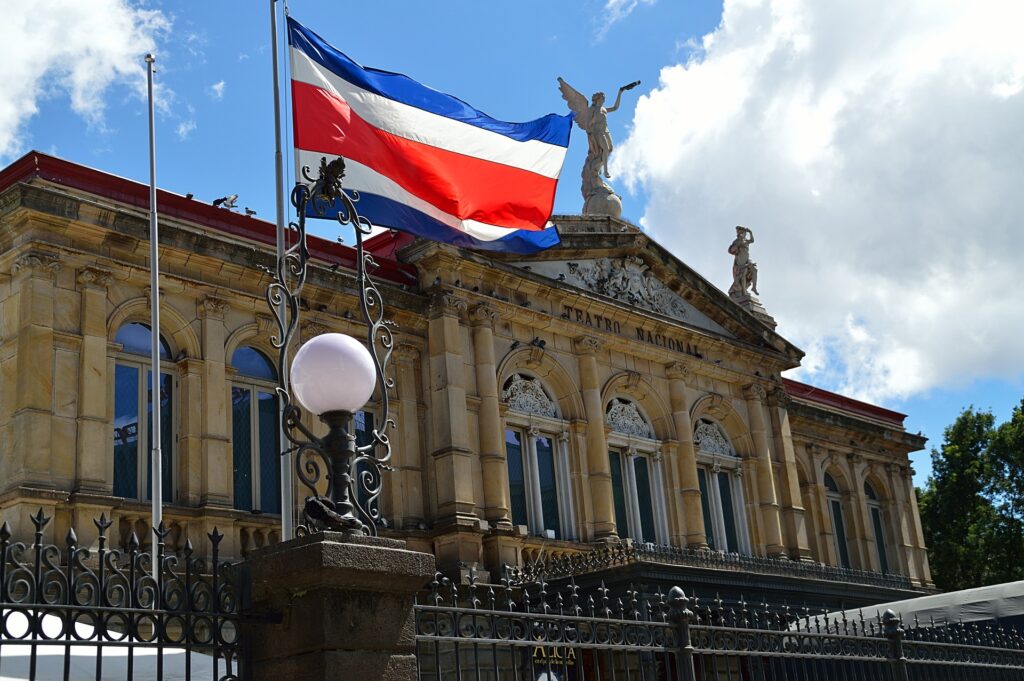 Onwards, To the Sorbonne

With the dictatorship now a thing of the past, Carmen Lyra was offered a scholarship to study abroad — at the Sorbonne, in Paris, and at schools in Italy and England. She hoped to learn about the best pedagogical (teaching) methods being used in Europe at the time. This lovely experience gave her everything she needed to become an effective teacher and leader and she came home to manage the Department of Children’s Literature at the Normal School of Costa Rica. Just five years later, she founded and directed Costa Rica’s first Montessori Maternal School for preschool education, which was aimed at providing education for young low-income children in San Jose.

Moving Further to The Left

By now, Carmen’s home had become a popular meeting place for intellectuals and writers of the time. Listening to these learned individuals, Carmen found her political sentiments changing. She’d always had liberal beliefs, but now she became a true leftist. In 1931, this led her, along with Manuel Mora Valverde, to form the Costa Rican Communist Party.

Ever the realist, she noted capitalism’s role in influencing her thinking, writing in Periodico Trabajo (Newspaper Work):

“Communism is not anyone’s invention, it is a consequence of the abuses of capitalism. If communism is exotic in Costa Rica, capitalism, which is its father, is also exotic.”

She became increasingly critical of Costa Rica’s move towards nationalism, which led to conflicts with neighboring Central American countries. She coined a new phrase– “the cult of the flag” and railed against it, fighting with all her might against teaching nationalism in education.

During this same period, Carmen was joined by a number of prominent teachers, all women, whose aim was to challenge the well-heeled in society, especially as it pertains to the roles of women, who were generally confined to home, marriage, and motherhood. This also led Carmen and her colleague Luisa González Gutiérrez to found the Unique Union of Women Workers and to advocate for the creation of a union for Costa Rican Teachers, which was in fact, eventually formed in 1939.

But it almost seems like Carmen was oddly prescient in some way, or perhaps she was just a good student of human nature. Whatever the case, in 1931 she went on to write Bananos Y Hombres (Bananas and Men) an influential work that seemingly anticipated the 1934 banana workers strike, something that she also played a significant part in.

Sadly, after joining the communist party, and as her thinking became more radical, Carmen was removed from teaching at her beloved Montessori school after criticizing the government for the expulsion of the Asturian (Spanish) communist Adolfo Braña and the Venezuelan communist Juan José Palacios.

In the years that passed, Carmen maintained her dedication to the will of the common people, but undoubtedly for her, the worst challenge was yet to come. 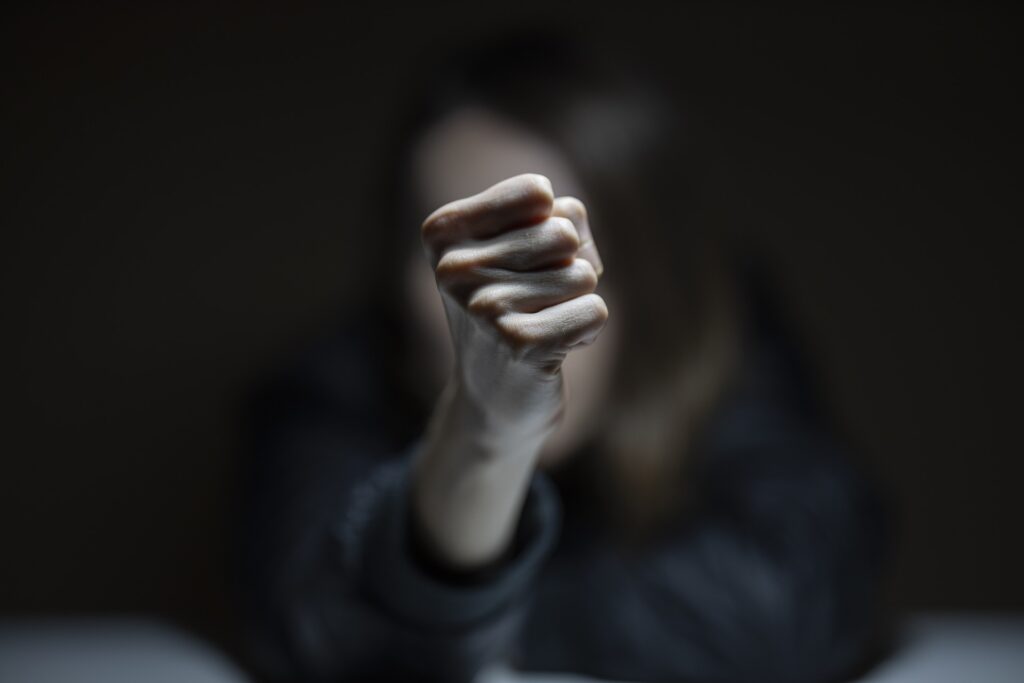 Considered to be the bloodiest event in 20th Century Costa Rican history, the war lasted for 44 days (from March 12, 1948, to April 12, 1948) and led to the deaths of at least 2,000 people. Trouble began brewing when the corrupt Legislative Assembly of Costa Rica voted to annul the results of the presidential election, which was held on February 8 of that year. Like a certain recent election, claims of voter fraud were tossed around and this sparked an armed uprising led by José Figueres Ferrer, who as part of a governmental junta, banned the communist party and abolished the Costa Rican military.

But this became tragic for Carmen Lyra, who was exiled to Mexico when her own party was banned and it is where she spent the last two years of her life. Years that she spent pleading to come home.

“I know I’m going to die, but I want to be in my land for the last time, I don’t want to die far from it. When I am not in my country, I feel like a transplanted bush, one of those plants whose roots cannot adapt to new lands, ” she said at the time.

In a letter to her brother, written around the same time period, she wrote:

“I keep thinking about you. One year of this unjust exile is going to be completed, because I have always fought for the welfare of my people, and this is what they call advising crimes. When will we meet again? To be together? I don’t want you to come because Merce would be left without your support, which is so important for her healing.”

Carmen died in Mexico City on May 14th, 1949 and her body was flown to Costa Rica and she was buried in San Jose.

Fortunately, Costa Rica didn’t forget this woman, this child of love who fought to better the lives of women, children, and the poor. Posthumously, at least one school has been named after Carmen Lyra and in 1976, the Costa Rican Legislative Assembly awarded her its highest accolade, the Benemérita de la Cultura Nacional.