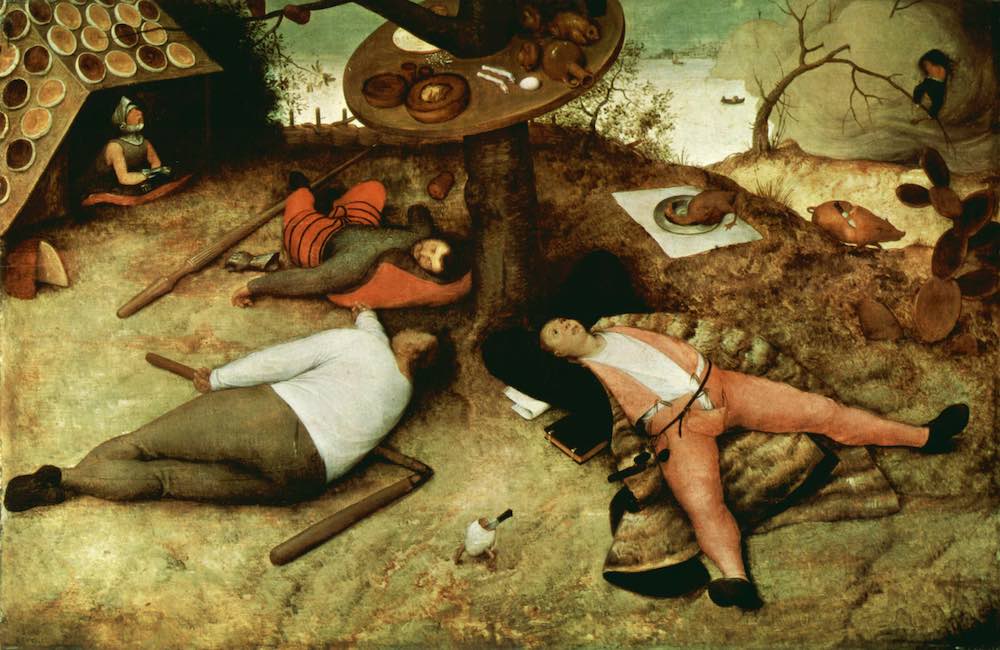 We all know that to get in the Christian heaven you have to be goodie-goodie and abstain from the pleasures of the flesh.

But what if there was an a different type of heaven where you can drink alcohol, the sky rains cheese, and laziness is encouraged?

Medieval folks dreamed up just such a place. It’s called Cockaigne, and it’s sort of the peasant’s heaven. Etymologically, it means something like “cake land”.

“The weather is always mild, the wine flows freely, sex is readily available, and all people enjoy eternal youth.”

Alright, so the idea of this luxurious lazy person’s paradise called Cockaigne actually comes from multiple medieval myths and poems that mention it in one way or another, often some form of naughty satire.

Cockaigne serves as a symbol for a dream land that relieves the hard-working peasants from the toil of daily labor and the strict moral authority. It’s like an anti-heaven where sinning and luxury are encouraged.

It was common for satirists at the time to write about Cockaigne, as it “represented both wish fulfillment and resentment at the strictures of asceticism and dearth.”

So basically, medieval comedy writers thumbing their nose up at all the annoying church rules.

One of the poems is called “The Land of Cockaigne”, which is one poem out of a 16-part collection of poems written in an Irish dialect of Middle English.

Here is a snippet, edited for length:

“When they are far from the abbey, they undress to play, and jump into the water … The young monks who see them get ready and start out … and come to the nuns immediately … and teaches the nuns a prayer with their legs up and down in the air”

Oh, but Cockaigne is so much more than that.

The skies rain cheese. Yes, delicious cheese from the sky. Houses were made of cake. Streets are paved with pastry. Shops offer everything for free.

And if that’s not enough for you…

“…roasted pigs wander about with knives in their backs to make carving easy, where grilled geese fly directly into one’s mouth, where cooked fish jump out of the water and land at one’s feet. The weather is always mild, the wine flows freely, sex is readily available, and all people enjoy eternal youth.” 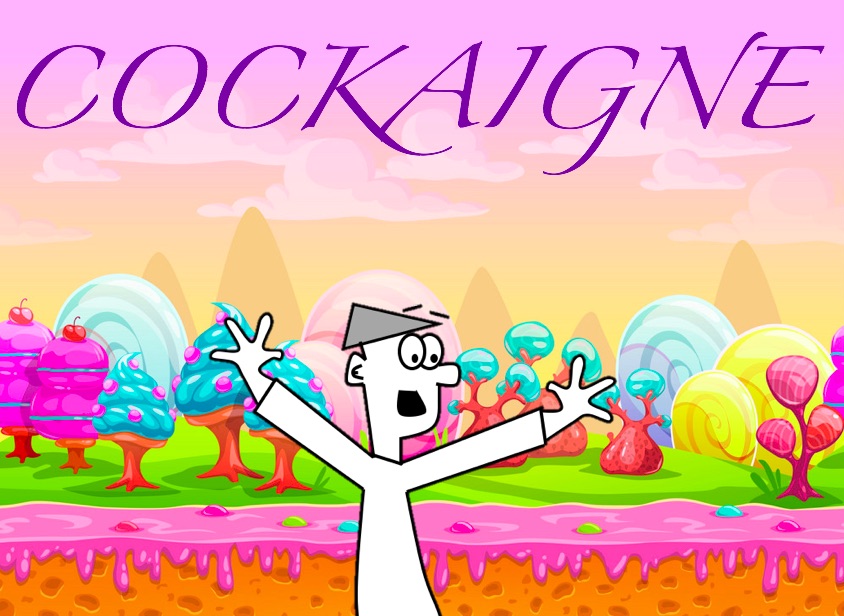 Truth be told, many peasants probably just wanted to be safe, happy, comfortable, and not abused like the rest of us. Cockaigne probably reflects more the poets’ interpretations of what they want. What do you think? Is Cockaigne your type of heaven?

Here’s a book about it, if you want to learn more: