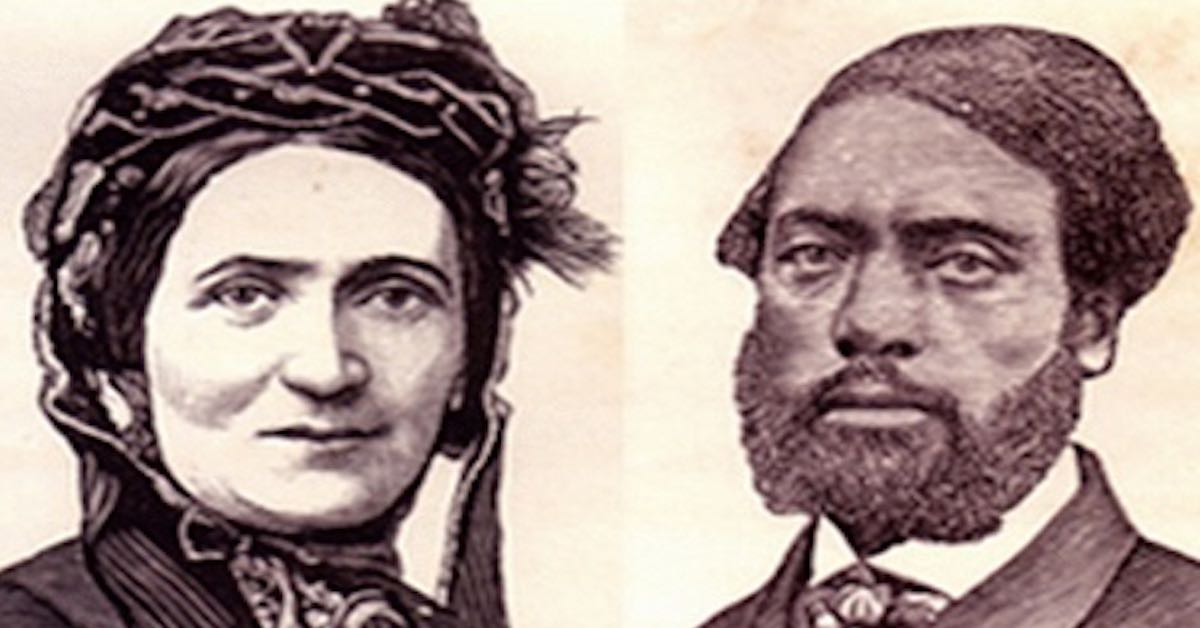 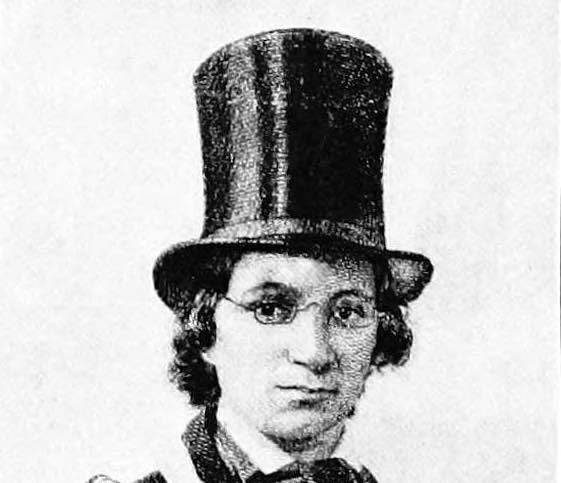 The true story of Ellen and William Craft

Sometimes in history there is a story so incredible you’d think it was made up. The story of Ellen and William Craft is one of those stories. A married slave couple who escaped the South in the most remarkable way, and ends quite happily.

The more you learn about it, the more incredible the story becomes.

Ellen and William Craft were married slaves, but before they met, they came from different situations. William was a slave in Macon, Georgia who also worked on the side as a carpenter, though the majority of his wages were stolen by his slaveholder. Ellen was the light-skinned, biracial daughter of a slaveholder and slave.

They soon began devising an ingenious plan to escape.

Ellen was sent to Macon to work as a maid, where she met William, and the two fell in love and got married. Not wanting to raise children in slavery, however, they soon began devising an ingenious plan to escape.

Despite having much of his wages stolen from his side-job, William was able to save up money that would come in handy for their daring escape.

She cut her hair, and even practiced the typical gestures and mannerisms of a slaveholder.

So what was their plan? Well, Ellen had light skin, and could pass as a white person, but in order to bring her husband along, they needed to get a little creative. Ellen dressed herself as a white, male, slaveholder. She knew exactly how to dress up to fit the part.

With William’s saved money, they purchased the typical slaveholder attire of the time, a “top hat, cravat, jacket, tartan, and a tassel.” She cut her hair, and even practiced the typical gestures and mannerisms of a slaveholder. Ellen even wrapped her right arm up in a sling, so that if asked to sign any official documents, she had an excuse not to.

They stayed in “nicest hotels” and once Ellen even dined with a steamboat captain.

So they set off. And this is where the story gets really interesting

They knew that it was typical for slaveholders to travel with their slaves, so William and Ellen didn’t expect to run into too much trouble. And William had saved enough money for the two of them to travel in luxury. Sources say they stayed in “nicest hotels” and once Ellen even dined with a steamboat captain.

At this point, the two had no formal education, and it was necessary to feign illness and deafness, so as not to have to speak too much, if anyone tried to talk to her.

During the journey, she even had to turn down offers to drink brandy and smoke cigars with other “gentlemen”.

Because it was not uncommon for slaves and slaveholders to travel together, the pair were able to pretty much go unnoticed.

However they were detained once on a train, questioned about the legitimacy of Ellen’s “ownership” of William, but they were soon released from custody.

Sometimes, William was even approached by abolitionists, and black freedmen, who tried to convince him to leave his “slaveholder”. However, through all these attempts, they had to remain in disguise.

When they finally made it to the North, they ended up in Boston. And all across the North, abolitionists were captivated by their story, and did whatever they could to help publicize their story.

When the Fugitive Slave Act was passed, the abolitionists had to help move them around to different locations to help them evade the bounty hunters who sought to capture them and bring them back.

The pressures forced the duo to make one more daring escape, this time to England. They were able to make the sailing across the Atlantic with aid from abolitionists, and settled in Liverpool. In England, their freedom was more secure, and prominent abolitionists there set them up with an intensive education.

After schooling, Ellen was able to publish their story in the press, and to speak at numerous different events. William was also able to set up a business.

After 19 years, they decided to travel back to the U.S., now that the Civil War was over. Ellen had also located her mother, living in Georgia, and wanted to reunite with her.

A happy ending for Ellen and William Craft 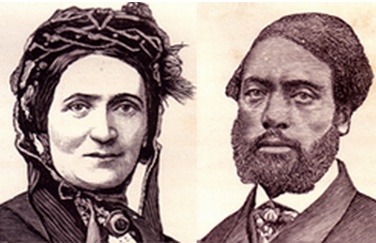 In 1868, when the Civil War was over, the pair returned to the U.S. with their three children. After the emancipation of slaves in the U.S., they were now freedmen, and could start a new life, which is exactly what they did.

They raised funds, and purchased 1,800 acres of land.

The enormous plot of land they purchased in Georgia allowed them to start a farm school, where they would help other freedmen gain an education.

Their book, Running a Thousand Miles for Freedom, recounts their adventures, and shows how in her disguise, she had to cross three social barriers: that of race, gender, and class, in convincing everyone she encountered she was a white male slaveholder.

Ellen and William Craft’s remarkable story is inspiring on many levels, and tells a story of love and family, and also of U.S. history in a time of deep division and racism. Their international travels show how different some things were in Europe at the time, compared to the U.S., and how abolitionists at the time helped runaway slaves, during a time when bounty hunters and lawmen were encouraged and rewarded to find and capture slaves and return them to the slaveholders.

Clearly this was a dangerous time to be an African American in the U.S., and the Craft’s escape is a thrilling story that could easily be told in a movie.