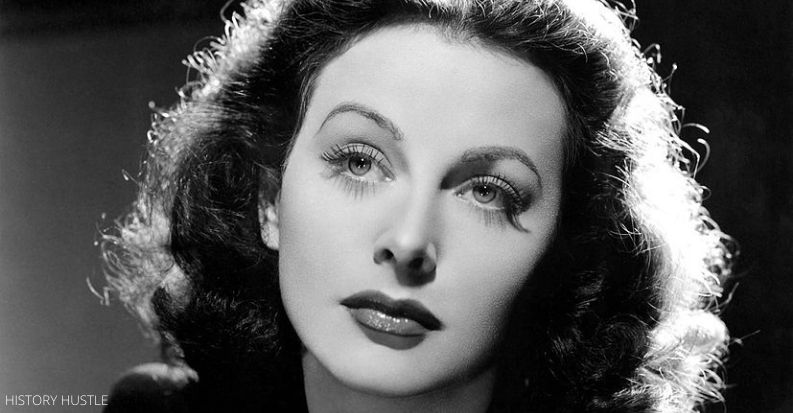 Hedy Lamarr starred in over 18 films during the golden age of cinema in the 1940s. She was known in Hollywood as one of the most beautiful film actresses in the world.

But she was much, much more than that. She was also a successful military technology inventor.

Lamarr’s most famous invention is a frequency-hopping spread system, which she developed during WWII.

Hedy Lamarr was born in Vienna, Austria in 1914. Her father was a successful Jewish bank director and her mother was an experienced pianist. Under Nazi domination, escaped to America with her mother and became an American citizen.

Hedy returned to Europe in the late 1920s to work in the film industry, starting as a script girl before quickly becoming an actress. When she was 18, she starred in Gustav Machaty’s film Ecstacy, in which she played a young wife neglected by her older husband. In its time, the film was highly controversial, as it portrayed Lamarr nude in various scenes.

It’s believed to be one of the first non-pornographic films to depict sex—though it only shows the actor’s faces during the act. The film later went on to win an award and was seen as a work of art throughout Europe.

In 1933, Lamarr married Mandl, a wealthy military arms merchant, and munitions manufacturer. This was her first introduction to applied science, where she grew her interest in inventing and science.

Mandl, however, was a controlling husband, and soon Lamarr fled to Paris to escape him. In Paris, she met Louis B. Mayer, a Hollywood scout. She went to America in 1938 and was promoted as the “world’s most beautiful woman.” Due to her previous experience and good looks, she was typecast as an exotic, seductive woman opposite many of the time’s most famous leading men. Her films included Boom Town, Comrade X, Dishonored Lady, and more.

Despite her role on film, Lamarr was lonely and homesick off-screen. She avoided going out, due to her fame. It is assumed that she took up inventing to stave off her boredom during her film career in America.

Of the few people who knew about her hobby of inventing, Howard Hughes was very encouraging. She had no formal training but came up with many clever ideas in her spare time. Eventually, he allowed her access to his team of engineers, instructing them to make anything she envisioned. She even helped Hughes modify his aircraft designs to help planes fly faster.

Lamarr’s most famous invention is a frequency-hopping spread system, which she developed during WWII. When learning about frequency-controlled torpedoes, she came up with the idea of an undetectable frequency-hopping system. To create the system, she enlisted her friend and pianist George Antheil, who synchronized a player-piano system with radio signals. The invention was patented in 1942 but wasn’t used widely across the Navy until 1962, during the Cuban missile crisis.

Hedy Lamarr was married six times over the course of her life. She had one adopted son and two biological children. She died in 2000 at the age of 85.