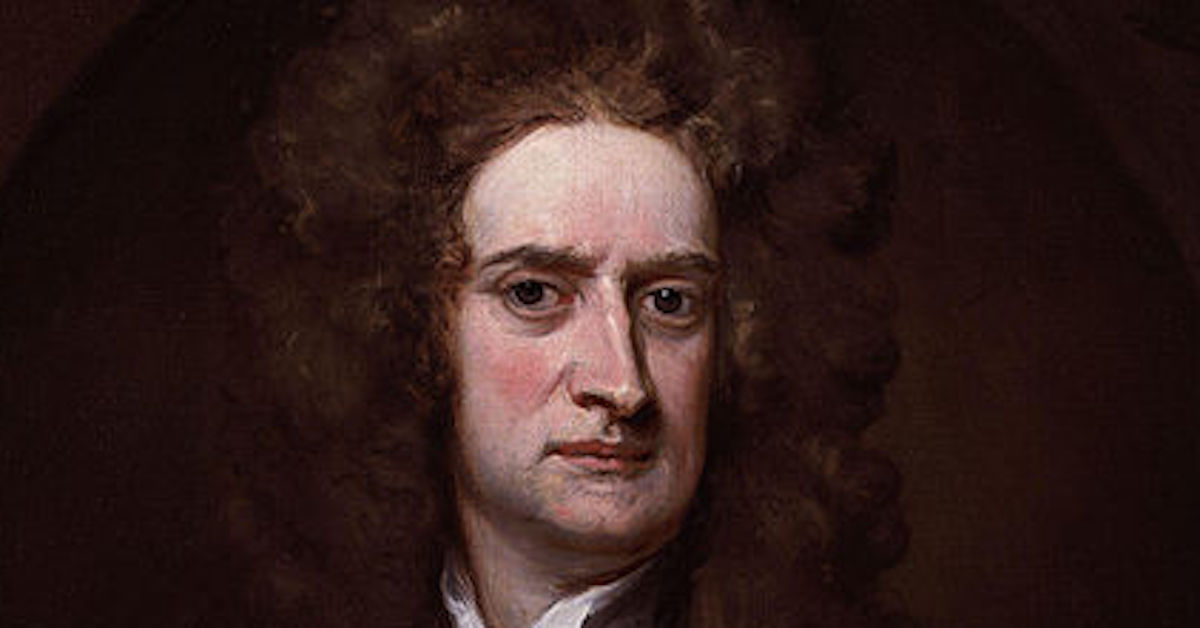 Just like people all over the world are working from home to prevent the spread of coronavirus, Isaac Newton had to work from home during the Bubonic plague.

It was during that time that he was his most productive, developing his theories of calculus, optics, and even gravity. 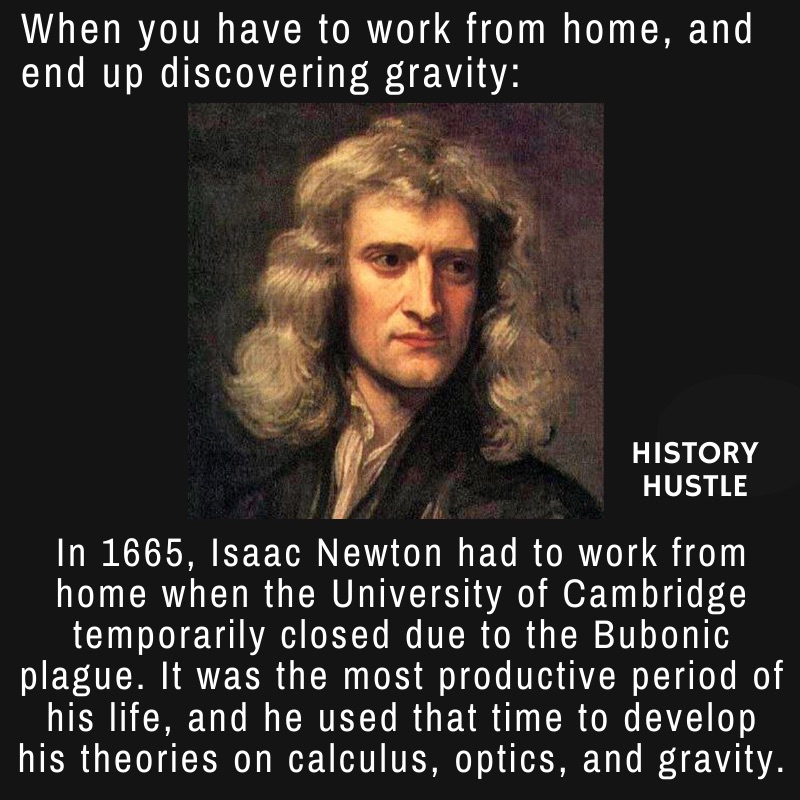 Isaac Newton was a physicist, mathemetician, astronomer, (and on and on), and is considered one of the most influential individuals in the advancement of human knowledge.

He wrote the famous book called Philosophiæ Naturalis Principia Mathematica which was published in 1687. He is also widely and popularly known for his theories on the law of gravitation.

Newton obtained his Bachelor’s degree from Trinity College, Cambridge, in 1665, and was going to continue his education. But due to the outbreak of the Bubonic plague, precautions were taken and the University was temporarily closed.

So Isaac Newton was working from home.

Ironically, while his time actually working at college was “undistinguished”, Newton’s time working at home were his most productive years and would alter the course of science.

When Newton returned to Cambridge, he was made a fellow, and then a professor. Not bad.

Isaac Newton had the option of being in his garden because he was working from home. And though this story may not be entirely true, Newton claims it was when he watched an apple fall from a tree, that he was inspired to formulate his theory of gravity.

Here’s an account by an acquaintance who wrote Memoirs of Sir Isaac Newton’s Life:

…we went into the garden, & drank thea under the shade of some appletrees, only he, & myself. amidst other discourse, he told me, he was just in the same situation, as when formerly, the notion of gravitation came into his mind. “why should that apple always descend perpendicularly to the ground,” thought he to him self: occasion’d by the fall of an apple, as he sat in a comtemplative mood: “why should it not go sideways, or upwards? but constantly to the earths centre? assuredly, the reason is, that the earth draws it. there must be a drawing power in matter. & the sum of the drawing power in the matter of the earth must be in the earths center, not in any side of the earth. therefore dos this apple fall perpendicularly, or toward the center. if matter thus draws matter; it must be in proportion of its quantity. therefore the apple draws the earth, as well as the earth draws the apple.

So if you’re working from home, take some inspiration from Isaac Newton and make the most of it, whether that means working hard or spending more time with loved ones at home. You don’t need to discover gravity, though.

To learn more about Isaac Newton and his works, there are plenty of resources. We encourage you to study the lives of all people from history who made contributions and can inspire us to make contributions, ourselves.

Here are some places to visit if you’d like to learn more about Newton:

The Stanford Encyclopedia of Philosophy, which you can visit here.

Wikipedia, of course. You can visit that page here.

And check out this page on Biography.com here.