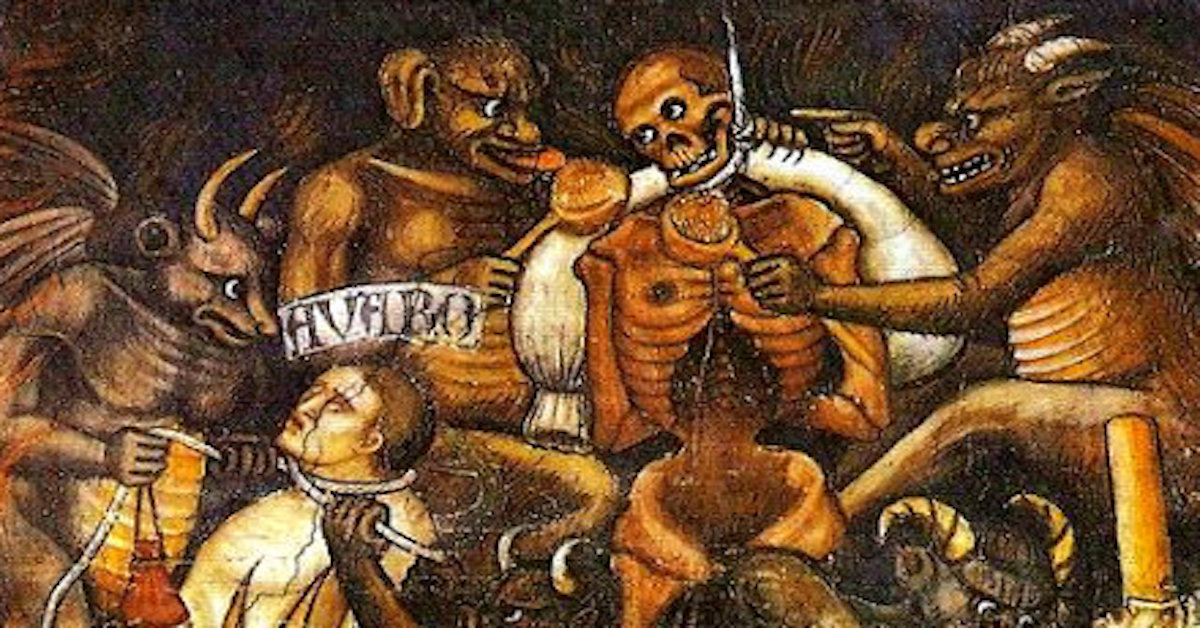 History buffs, here’s a great list of reading material that explains outbreaks and pandemics in historical context. Check out these historical books – simply click on the image to see their Amazon page.

1. The Ghost Map: The Story of London’s Most Terrifying Epidemic 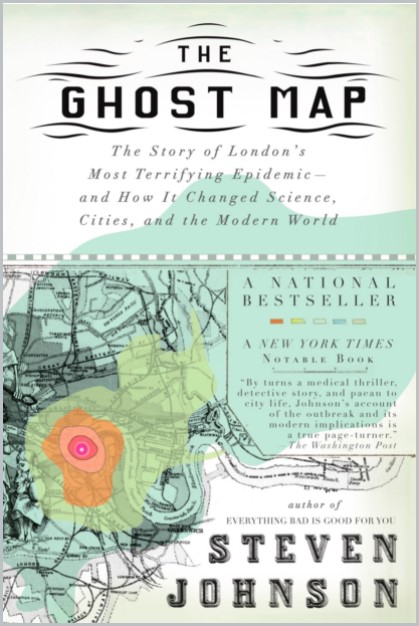 This one is about the Cholera epidemic. It’s a riveting and important read.

“‘The Ghost Map, takes Johnson, who has also written books on neuroscience and on the cultural implications of computer interfaces, in some new directions — into historical narrative and the ecology of infectious disease.” The New York Times

It’s the summer of 1854, and London is just emerging as one of the first modern cities in the world. But lacking the infrastructure-garbage removal, clean water, sewers-necessary to support its rapidly expanding population, the city has become the perfect breeding ground for a terrifying disease no one knows how to cure. As the cholera outbreak takes hold, a physician and a local curate are spurred to action-and ultimately solve the most pressing medical riddle of their time. – Amazon 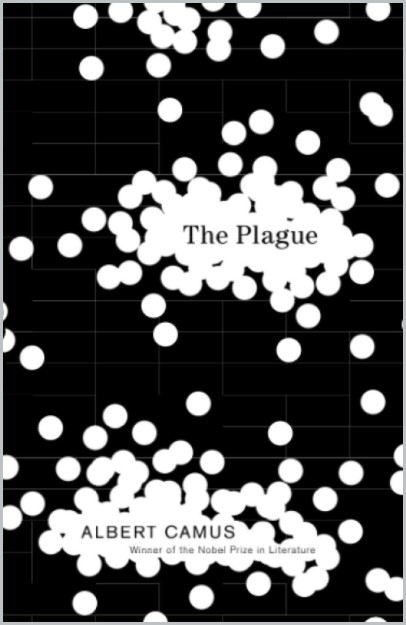 “Most of us read The Plague as teenagers, and we should all read it again. And again: for not only are all humankind’s responses to death represented in it, but now – with the advent of Ebola – the book works on the literal as well as metaphorical level.” – The Guardian

A haunting tale of human resilience in the face of unrelieved horror, Camus’ novel about a bubonic plague ravaging the people of a North African coastal town is a classic of twentieth-century literature. – Amazon

3. And the Band Played On 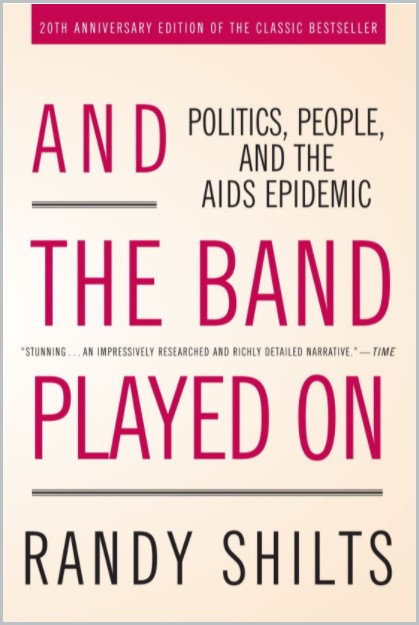 This international bestseller and a modern classic are about the AIDS epidemic. A very important piece of modern history and a must-read.

Shilts’ expose revealed why AIDS was allowed to spread unchecked during the early ’80s while the most trusted institutions ignored or denied the threat. One of the few true modern classics, it changed and framed how AIDS was discussed in the following years. – Amazon 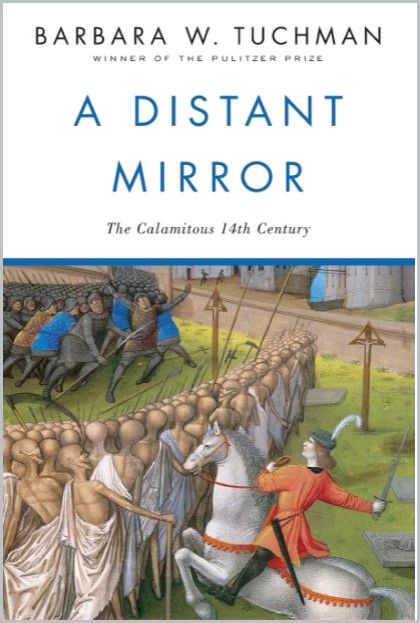 Barbara W. Tuchman’s book about medieval history and the plague in the 14th century is a fascinating look at a terrifying time to be alive.

“The year 1300 represents one of the most brilliant high points in the history of Western civilization. Several territorial monarchies capable of maintaining a large area of internal peace had emerged from the chaos of feudalism in northern and western Europe.” – New York Times

The fourteenth century reflects two contradictory images: on the one hand, a glittering age of crusades, cathedrals, and chivalry; on the other, a world plunged into chaos and spiritual agony. – Amazon

5. FLU: The Story of the Great Influenza Pandemic of 1918 and the Search for the Virus That Caused It 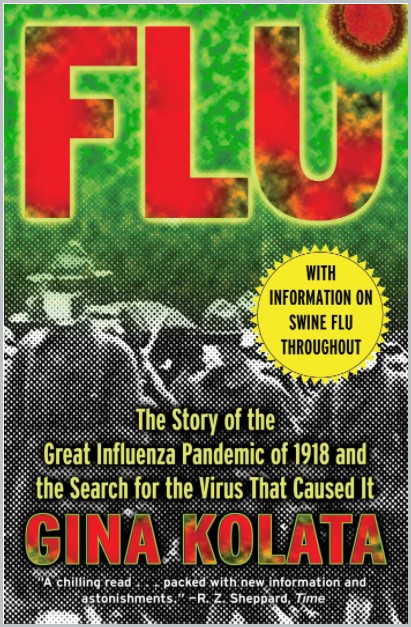 The Spanish Flu is a relatively recent outbreak and understanding this period in history helps us understand the nature of these events and the consequences.

“In the autumn of 1918, when the war in Europe was almost over, a terrible plague came upon the earth. People called it the Spanish flu, but its innocuous name did not stop it killing twice as many as the Great War itself. ” – New York Times

When we think of plagues, we think of AIDS, Ebola, anthrax spores, and, of course, the Black Death. But in 1918 the Great Flu Epidemic killed an estimated forty million people virtually overnight. If such a plague returned today, taking a comparable percentage of the US population with it, 1.5 million Americans would die. – Amazon

6. The Great Mortality: An Intimate History of the Black Death, the Most Devastating Plague of All Time 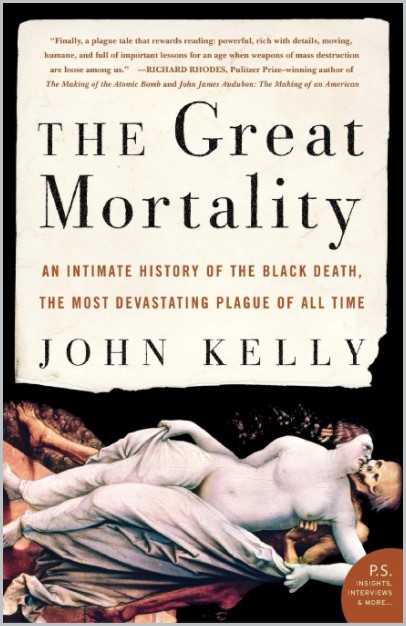 A very close look at the Black Death that includes eyewitness accounts. Not for the faint of heart.

“The Great Mortality is what 14th-century Europeans called the plague (“Black Death” was a later coinage). Muslims, who also saw populations fall by a third, referred to “the Year of Annihilation … ‘The Great Mortality’ skillfully draws on eyewitness accounts to construct a journal of the plague years.” – New York Times

The Great Mortality is the extraordinary epic account of the worst natural disaster in European history — a drama of courage, cowardice, misery, madness, and sacrifice that brilliantly illuminates humankind’s darkest days when an old world ended and a new world was born. – Amazon

7. A Brief History of Disease, Science, and Medicine: From the Ice Age to the Genome Project 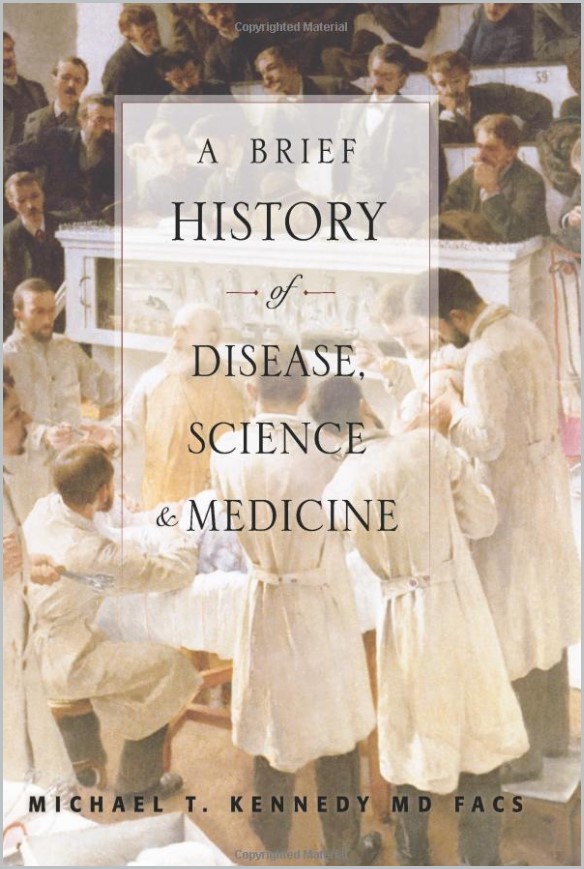 Read this for a general history of disease and medicine. A great introduction to the world of biology, history, and disease.

For some historical fiction, check out PLAGUE, by C.C. Humphreys

If you’re looking for great books to read about American History, see our top 20 picks and let us know what you think.