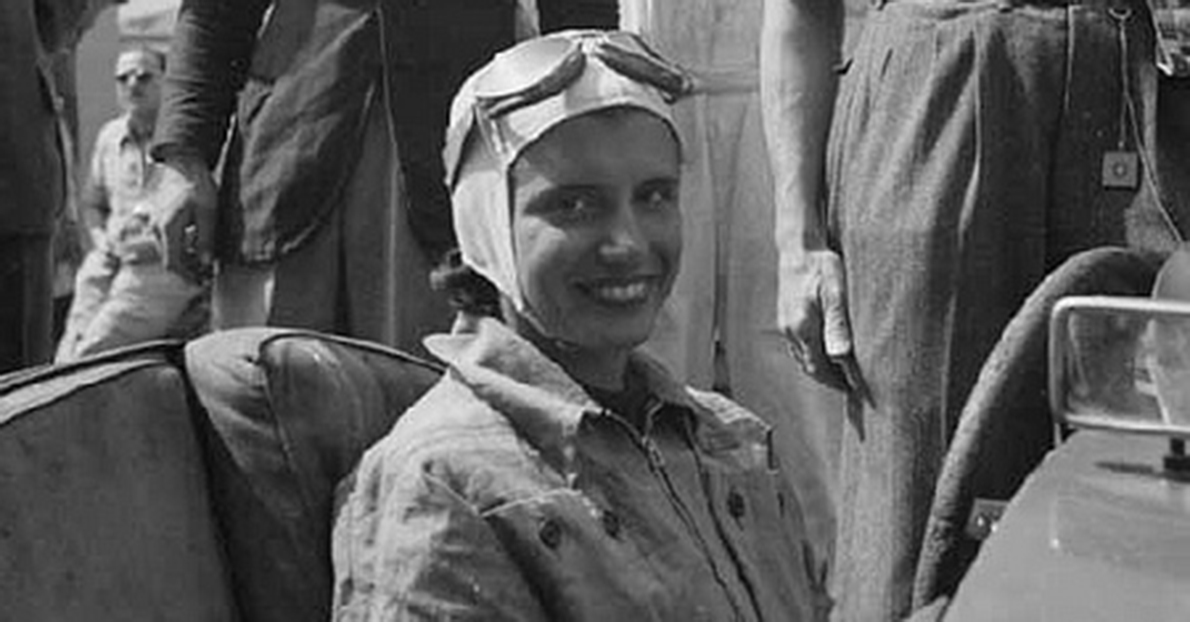 In an environment that is formerly considered exclusively for men, Maria Teresa de Filippis made her presence known and left a mark in the world of auto racing. Her first real race, which by the way she decisively won, was the 10 km Salerno-Cava de ‘Tirreni, 500cc class of the touring car category in 1948. Although she just previously wanted to prove her brothers wrong (the older brothers claimed she’d never be fast), that victory particularly ignites her passion for racing and decided to turn it into a career.

Maria became the first female to compete in a Formula One race during the 1958 Belgian Grand Prix. She continued on to participate in few other F1 races but in 1959, devastated by the loss of her friend and teammate, Jean Gehra, Maria retired from racing. During her short career, she did a lot of firsts and earned the respect and esteem she truly deserved.

During her time, deaths on the racing tracks were more common, in spite of that Maria who barely weighs 100 lbs bravely drove a rocket-like Maserati 250F. Today, these open-wheeled cars can run more than 200 miles per hour. Imagine a gravitational force that is stronger than a space shuttle launch!

According to Maria, gender discrimination had rarely been an issue during her racing career. She did mention though that there is one instance where she was prevented from racing. It was at the French Grand Prix where the race director at the time apparently told Maria that ‘The only helmet a woman should wear is the one at the hairdresser’s.’ Other than this one, she said she didn’t encounter any prejudice, only surprise at her success. And rightfully so!

Maria definitely left a mark in automobile racing. She went on to live a full life with her husband Theodor Huscheck, daughter Carola, and grandchildren until her passing on January 9, 2016, at the age of 89.

Click the sources used for this fact:
www.maserati.com
automotivehistory.org
www.nytimes.com 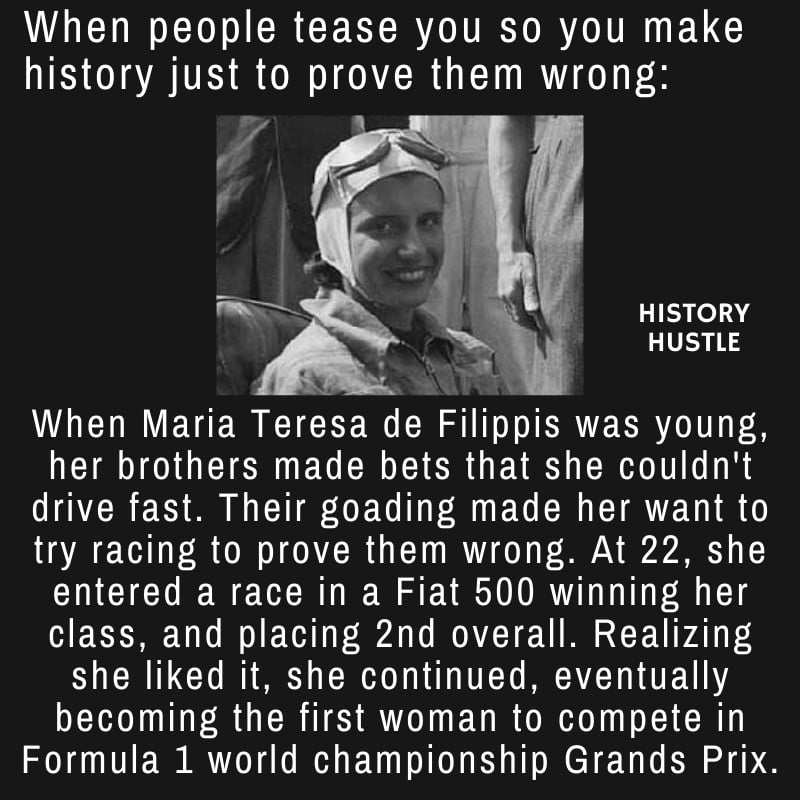