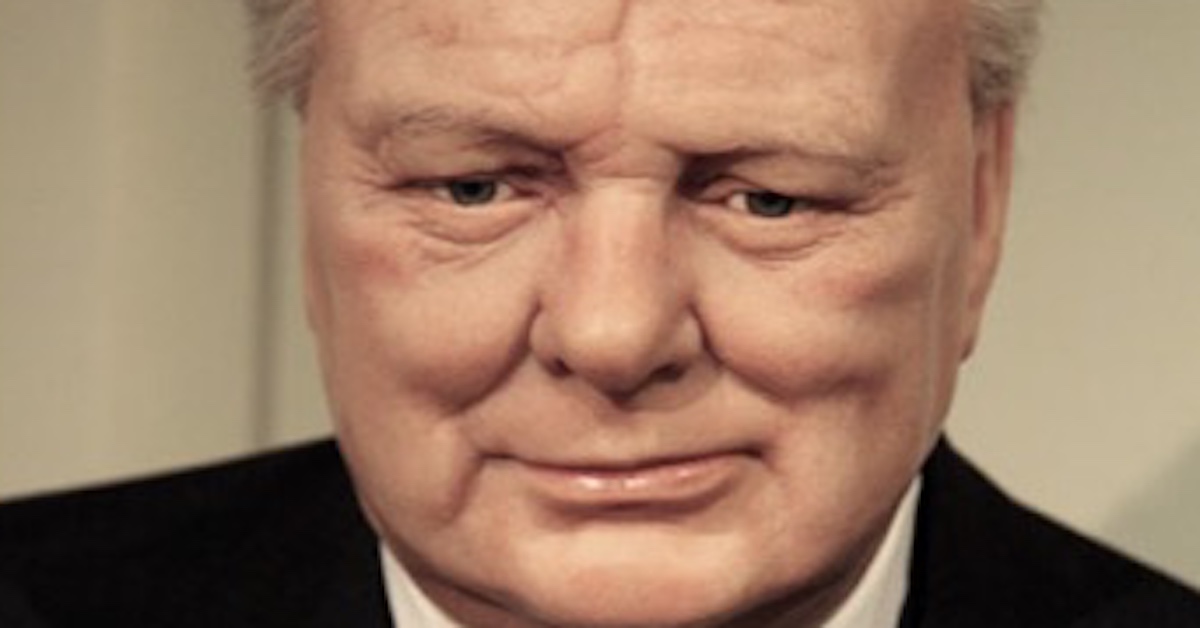 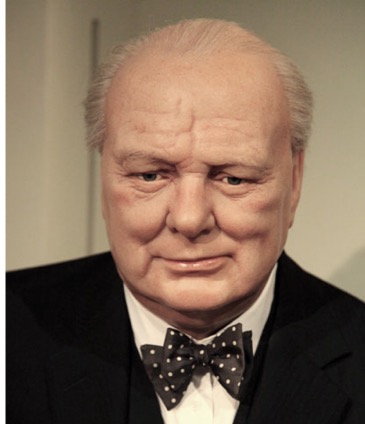 Born on November 30, 1874, at Blenheim Palace in Oxfordshire, England. Winston Leonard Spencer-Churchill grew up in Dublin, Ireland, where his father, John Spencer-Churchill was employed by his grandfather, after being made the 7th Duke of Marlborough.

Early on in his childhood school career, Winston showed traits of a strong willed, independent person who was not fond of ordinary schooling, showing poor results at his first two schools. From a young age, he showed traits of his father, seemingly following in his father’s footsteps.

He never had the closest relationship with his parents, though he wished he did. He would often write to his mother begging her to come see him while he was away in school, but she rarely did. They were off doing the things people of their class and status would normally did. Going out on the town, attending formal dinners, garden parties and social gatherings. 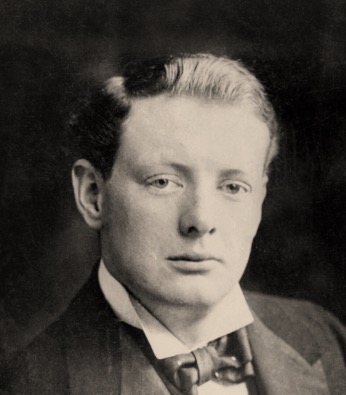 Winston’s father would die when he was 21 years old from syphilis at the young age of 46. Winston never received the attention and connection with his father that he wanted. Nonetheless, Winston was devastated by his father’s death.

In the month of April 1888, Churchill started to attend Harrow School, which was a boarding school near London. Within weeks of his enrollment, Winston joined the Harrow Rifle Corps, putting him on a path to a military career.

But, even this proved difficult. It took Winstom three attempts to finally pass the entrance exam into the British Royal Military College. Once in, it was smooth sailing. Churchill would end up graduating 20th out 130 students in his graduating class.

Churchill serves in the Military

Winston joined the Fourth Queen’s Own Hussars in 1895, and served in the Indian northwest frontier and the Sudan, where he saw action in the Battle

of Omdurman in 1898. He would enter into the military ranks during the peak of England’s vast, and seemingly ever reaching military power.

The young Churchill found a love for military, and this would stay for his entire life.

Winston Churchill: The Man of Many Hats

While serving in the Army, Churchill wrote military reports for the Pioneer Mail and the Daily Telegraph. He would also go on to write two books about his experiences while serving. The Story of the Malakand Field Force (1898) and The River War (1899).

Along with his military, and political career, Churchill was also a fabulous writer. He would go on to publish multiple books, and would win the Nobel Prize in Literature (1953) (Fortunately for us, Churchill wasn’t just a prolific writer, but a damned good one. All of the sharp wit, incisiveness, rolling cadences, sweeping sense of history, and unusual foresight that marked his life permeate his writing. In many ways, Churchill’s life was writing. He wrote before he achieved power. He wrote after power passed from his aging hands. Words – evocative, emotional, reasoning, reckoning – were his personal currency and daily essential.)

In the year 1899, Churchill would leave the Army for work as a war correspondent for the Morning Post, a conservative daily newspaper. While reporting in South Africa, during the Boer war, Winston was taken prisoner by the Boers while out on a scouting expedition. He would escape, traveling about 300 miles to Mozambique, the Portugese territory. Upon his return home, he would write another book about his experiences, London to Ladysmith via Pretoria (1900).

The Man of Two Parties

Winston Churchill would switch political parties during his political career. He started off as a conservative in the British Parliament for a town called Oldham, located in Manchester. Stemming from his father, WInston would gravitate towards becoming a supporter of social reform.

Feeling that the Conservative Party was not committed to social justice, Churchill switched sides to the Liberal Party in 1904. He would then be elected a member of Parliament in 1908. From there, he would be appointed to the prime minister’s cabinet as president of the Board of Trade. 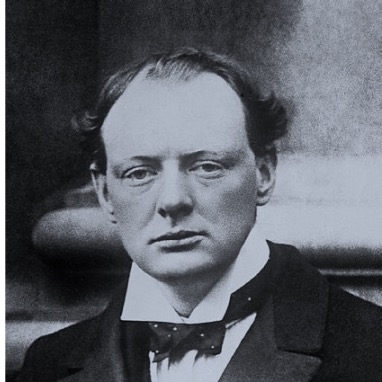 In 1911, he would be named First Lord of the Admiralty. There, he helped modernize the British Navy, ordering that new warships be built with oil-fired instead of coal-fired engines. Churchill was also a strong supporter of military aircraft, and went on to set up the Royal Navy Air Service. He was so enthusiastic about aviation that he took flying lessons himself to understand firsthand its military potential.

From 1919 to 1922, Churchill served as minister of war and air and colonial secretary under Prime Minister David Lloyd George.

In 1922, Winston rejoined the Conservative Party. He served as Chancellor of the Exchequer, and put Britain back on the gold standard. He would also take a tough approach against labor strikes that threatened to cripple his country’s economy.

With the defeat of the Conservative government in 1929, Churchill would no longer a part of government. He was seen as out of touch with the people of Britain, a right-wing extremist of sorts. But this wouldn’t be the last time Winston Churchill would service in government.

After getting the boot from government, Winston Churchill would take up painting. It was something that made him feel good, and he enjoyed doing. He once said,“Painting came to my rescue in a most trying time”. Churchill would go on to make over 500 paintings, choosing mainly to paint en plein air, but also still lifes and portraits, on occasion.

Known as his “wilderness years”, the 1930’s was a time Churchill when focused on writing, and self reflection. Winston was responsible for publishing a memoir, and a biography of the First Duke of Marlborough.

During this time, Winston would voice is distaste for India’s fight for independence from British rule, and was especially harsh of Mahtma Ghandi, saying “it is alarming and also nauseating to see Mr Gandhi, a seditious Middle Temple lawyer … striding half-naked up the steps of the Vice-regal palace … to parlay on equal terms with the representative of the King-Emperor.” 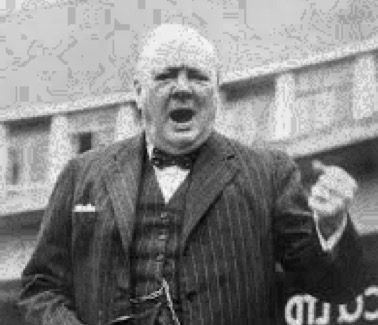 By the year of 1938, Churchill would be vocal about his feelings of Prime minister Neville Chamberlain, and his appeasement with Nazi Germany, and the occupation of neighboring British countries.

The next year on September 3, 1939, Britain would officially declare war on Germany. Churchill would again be appointed to First Lord of the Admiralty, and a member of the war cabinet. by the time of April 1940, he would also go on to become chairman of the Military Coordinating Committee.

That same month, Germany would go on to occupy Norway. Something that Churchill tried to warn Chamberlain about, but he did not listen.This was a bad mark on Neville’s time as prime minister.

The events of Norway would cause the British Parliament to have a vote of no confidence toward Neville Chamberlain, in the month of May. He would be removed from power, where King George VI would appoint Winston Churchill to prime minister, and minister of defense.

Within hours of the changing of prime minister’s, the German army would go on to invade the west, including offensives on Belgium, Luxembourg and the Netherlands.

Within two days, Europe would also see Hitler invade France. The future of Europe as a whole was now hanging on by a thread, and Britain had no real allies in this matter, and Winston Churchill knew it. It was only a matter of time before they were dragged in.

The Powers of the World Come Together

Beating the Nazi’s ( and eventually the Japanese) would take Franklin Roosevelt, Joseph Stalin, Winston Churchill and their countries, to come together and fight for one common cause. Stopping Hitler, and the Nazi Party.
But, it was no easy task to get all three powers working together, let alone get America on board. Churchill knew he needed to power and money of America to be able to beat the Germans.
Starting off supplying weapons to the British through the Lend-Lease Act, America would eventually see themselves fighting side by side with their allies on continents thousands of miles away, fully entrenched in the second World War.

Serving as prime minster from 1940, to 1945, Winston Churchill would eventually see Hitler commit suicide, and the German Nazi’s Surrender. After the war, he would go on to try and implement social reform within his country. But he was not able to win the public’s support.

Despite playing a vital role in winning WWII and defeeting the Nazi’s, Despite Germany’s surrender on May 7, 1945, Churchill was defeated in the general election in July 1945.

Even though he would eventually get defeated for his position in government, Winston would maintain a positive image within the public’s eyes, and still does to this day. In 1953, the same year he won a Nobel Prize, he would also be knighted by Queen Elizabeth.

On January 24, 1965, Sir Winston Churchill would pass away in his London home at age 90. Just nine days after having a severe stroke. Bad health was the norm for Churchill. At one point, he would even experience a heart attack while visiting the White House. 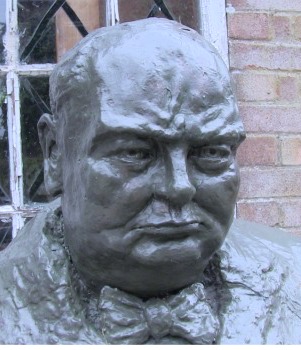 The First Woman to Run for President of the United States, Victoria Woodhull