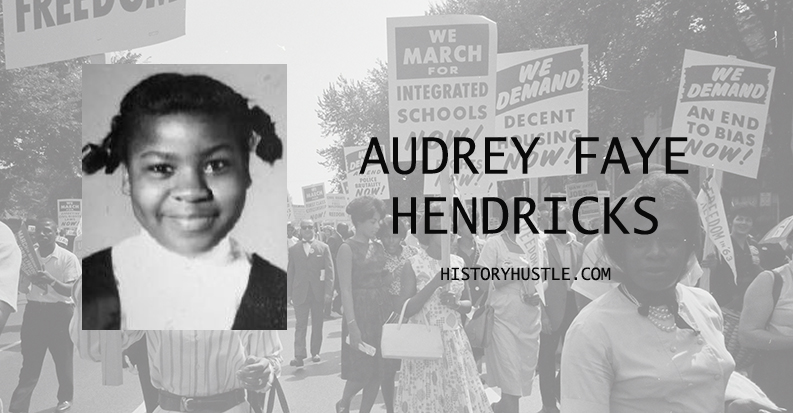 Meet Audrey Faye Hendricks, at only 9 years old, she’s the youngest known child to be arrested during the Civil Rights Movement. She bravely protested against segregation and got arrested for it. It’s definitely no child game for this young marcher got jailed for days!

Audrey and her family are from Birmingham, Alabama – one of the most segregated cities in the 1960s even after the Supreme Court has already ruled it unconstitutional. And the Hendricks is not quite your average family, they were very involved in Civil Rights Movement. Her father, Joe, was actually arrested once for not giving up his seats on a bus, while mom, Lola, has always been very active in organizing mass meetings, nonviolent protests, and economic boycotts.

See you, this family is no stranger to Civil Rights leaders, like Martin Luther King Jr for one. Yes, the man would sometimes end up in Audrey’s house. Suffice to say Audrey is pretty exposed to mass meetings even at a young age. And it was one of MLK’s speeches at Audrey’s local church that eventually made her mind up that yes, she really wants to be involved – like the kind that can get you arrested involved.

So come May 2, 1963, and Audrey along with thousands of other children proudly march while singing “Ain’t Gonna Let Nobody Turn Me Round.” She’s the youngest known protester that got arrested after four days of protesting. She went on to spend days in jail until she and the other 500 children were eventually released on May 8.

That was just the start for Audrey, she went on to continue her work around Civil Rights Movements and attended her first desegrated school (15 years after the Supreme Court ruled that segregated schools were unconstitutional in 1554 Brown v Board of Education). Although according to Audrey, she and other fellow black students spent their first 2 weeks in the auditorium, because the school isn’t quite sure what to do with them.

Audrey, after graduating from college and working as a teacher in Dallas for eight years, returned to Birmingham. She worked with children from low-income families for 25 years. She went on to earn her Master’s degree in 2007 with her thesis about women who participated in the Civil Rights Movement.

Click the sources used for this fact:
www.pbslearningmedia.org
www.womenshistory.org
en.wikipedia.org 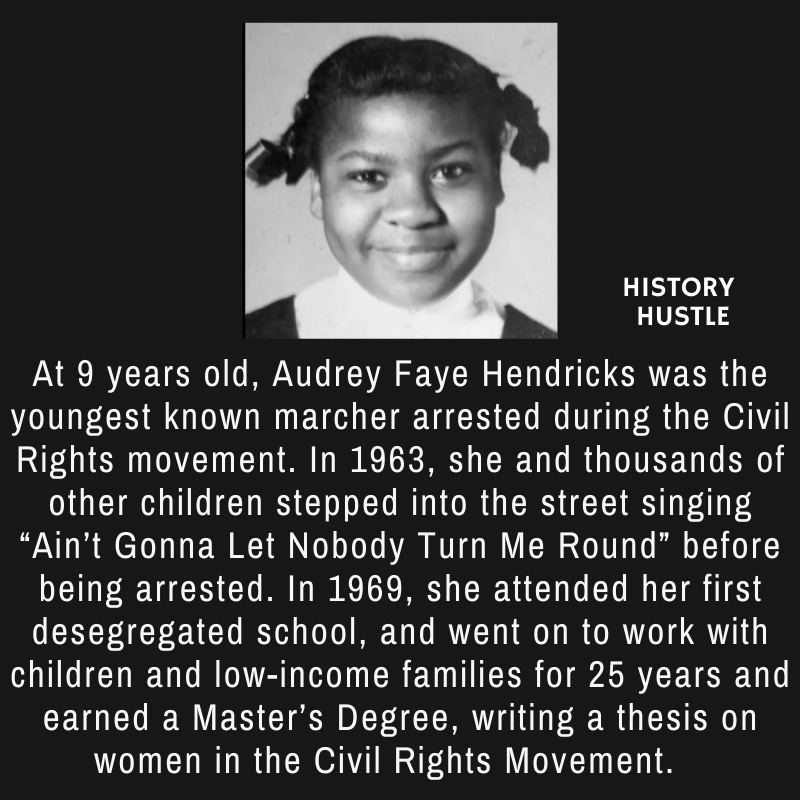