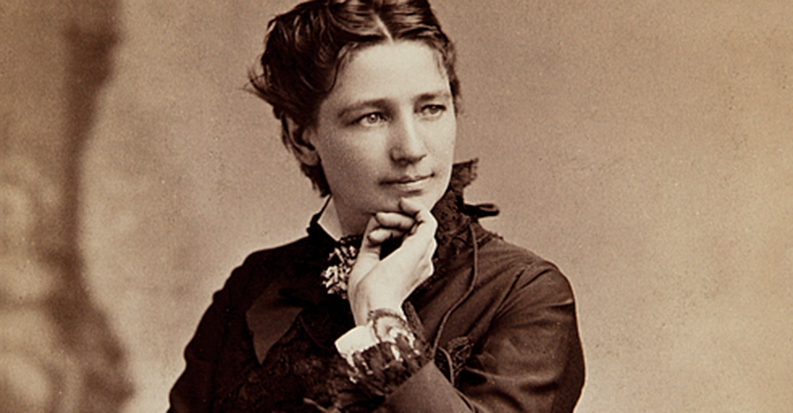 Hillary Clinton almost did it in 2016 – yes, she’s the first ‘almost’ first female President of the United States. But did you know that Victoria Woodhull is the first woman to ever run for president? Yes, it was 1872. Fifty years even before women were given the right to vote!

Victoria Woodhull was born into poverty in an abusive household. Her youth was spent traveling with her family’s medicine show – telling fortunes (her supposed spiritual clairvoyance and fortune-telling skills did help her family), and selling patent medicines.

Victoria’s troubled first marriage seems to have turned her into an advocate of free love. That became a catalyst that leads to Victoria becoming more interested in women’s rights and women’s suffrage. She went on to accomplish so many firsts – the first woman to own a brokerage firm, the first woman to start a weekly newspaper, and yes, the first woman to run for president.

Victoria Woodhull is the first woman to address Congress on behalf of women’s suffrage. And while there are women leaders like Susan B. Anthony, Elizabeth Cady Stanton who at first embraced her, they eventually drew back as Victoria continuously became controversial because of her extreme critiques of marriage, Americans’ class disparities, flamboyant scandals, and free love doctrines.

The newly formed Equal Rights Party name Victoria Woodhull as their nominee for the President of the United States in 1872. The party also nominated abolitionist leader Frederick Douglass for Vice President (although he never acknowledged the nomination). There has been some disagreement among historians, though, about the validity of her candidacy. They questioned her age, her not receiving electoral or popular votes, and yes, because she’s a woman.

And as the turn of events would have it, along with her then-husband and sister, Victoria was arrested on charges of publishing an obscene newspaper and were jailed – yes, the first female Presidential candidate spend the 1872 Election Day in jail. That election, by the way, was eventually won by the incumbent president, Ulysses Grant.

There is no doubt that Victoria Woodhull is a controversial figure in her day. And although her presidential bid didn’t fare well and her views are sometimes viewed as contentious, and her embroilment in scandal and manipulation – one cannot discount the fact that she did advocate for equal education for women, for women’s right to vote, and for women’s right to control their own health decisions.

Click the sources used for this fact:
ehistory.osu.edu
www.nps.gov
www.womenofthehall.org 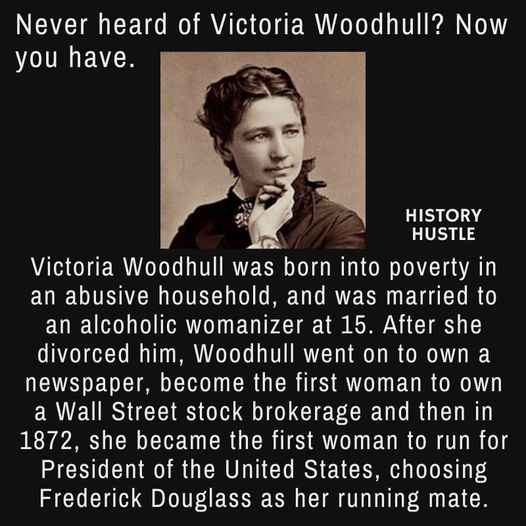