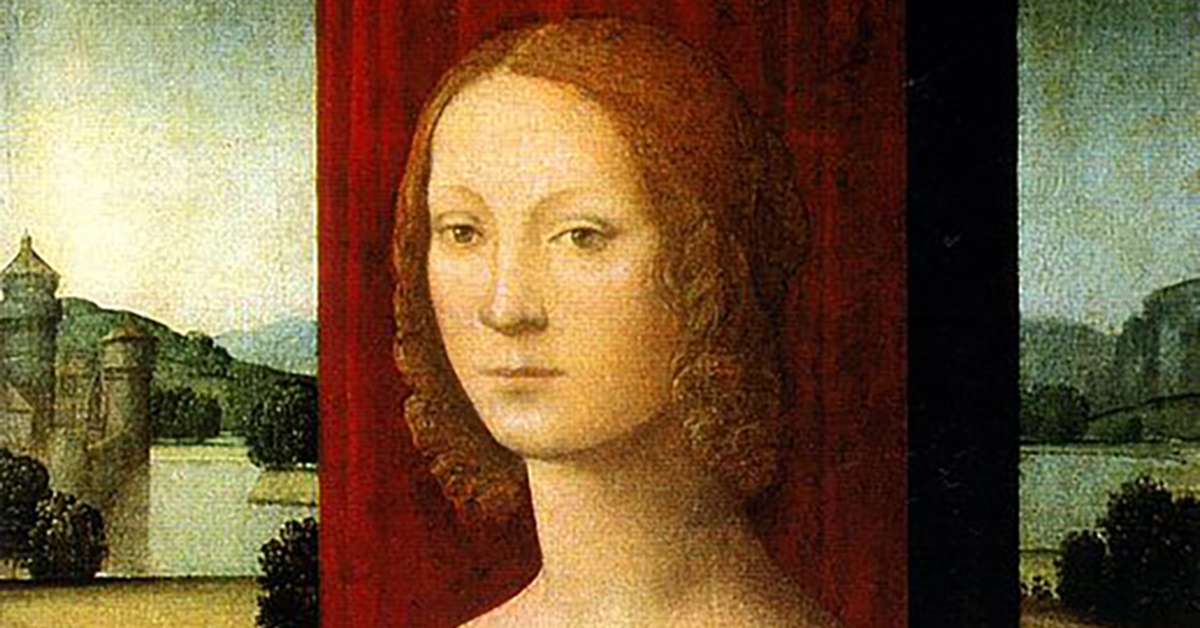 If you and I were sitting in a bar (back when life wasn’t weird) and I asked you to describe any woman from the 15th century, you would probably think of a quiet, submissive woman whose only responsibility was to be a good wife to her husband and mother to her kids. This description would have been right in most cases but a few – and one of those few would be the great Caterina Sforza, also known as the Tigress of Forli.

Caterina Sforza took control of Rome … walking majestically with a sword hanging from her side and a very visible pregnancy after going up against the most powerful men in Rome.

Caterina was truly incredible. She was one of the few women in her time who took all society’s expectations and pressures put on her as a woman, wrapped them up like hot garbage, and threw them out the window. She was intelligent and cunning, playing by the rules when they served her well and breaking them when anyone tried to test her.

Caterina Sforza was born in 1463 to the Duke of Milan Galeazzo Maria Sforza. She was the duke’s illegitimate daughter, the product of an affair between the duke and Lucrezia Landriani, who was the wife of the duke’s friend(because what’s a Roman story without an affair or two). However, Galeazzo made sure Caterina was treated like one of their own. She lived in the castle Porta Giovia with her stepmother and was cared for just like a legitimate child.

She was tutored by Francesco Filfelfo, studying Latin, philosophy, military history, and science. Galeazzo made sure that all his children were trained in the art of combat. This included sword fighting and hunting. There were no exceptions. Both male and female children were subjected to tough physical training regimens. At a young age, Caterina showed exceptional intelligence in all her studies and an affinity for battle. The foundation for her badassery was already laid at this point, and she was going to conquer the world. To do this, she had to study the cunning art of politics.

It may have seemed problematic when Galeazzo arranged for Caterina to be married at the tender age of 10, but for Caterina, this was the opportunity she needed even if she didn’t know it yet. Girolamo Riario, the nephew of Pope Sixtus IV, was the man chosen to be her husband. This was a strategic move by Caterina’s dad to form an alliance with Rome. Caterina and Girolamo were given two cities to rule over, Imola and Forli.

Unfortunately, Galeazzo Sforza got murdered a little later, making it more critical than ever for Caterina to maintain the alliance between Milan and Rome. She quickly moved to Rome, where she began to build relationships with some people in high places.

There was one problem. Girolamo!

He was an egotistic hotheaded big baby who pissed a lot of people off in Rome. The more Caterina got to know him, the more she detested his character. He was the Bobby Brown to her Whitney Houston if Whitney Houston knew how to hunt boars and racehorses. Caterina had to be patient. As long as she was his wife, she had to make sure to play the game and stay on his good side long enough until she solidified her place in Rome as a political authority.

She did this very well, charming the pope and mesmerizing all of Rome with her sophisticated sense of fashion and beautiful blonde hair (blondes had a different reputation back then). Artists and poets, including the great Boticelli, adored her.

Everything was going great until suddenly, the Pope Caterina was close to passed away. It also didn’t help that Girolamo ‘Bobby Brown’ Riario had made so many enemies that his head was on the line. They no longer had protection from the pope, and the new pope was most likely not going to be on their side. They were going to lose everything.

Caterina wasn’t having that. This was her moment to show the world what a real-life Wonder Woman looked like.

She got on her horse in the middle of the night and rode straight to Rome. She went to the Castel Sant’Angelo, kicked out the guy in charge, assembled all the remaining soldiers who had sworn allegiance to her, and took over the castle. The only way she was letting go of the castle as if the cardinals agreed to let her and her husband keep all their property after a new pope was elected.

The Castel Sant’Angelo was a fortress, with cannons facing all the main streets of Rome that lead to the Vatican. This made it impossible for the cardinals to meet at one place to elect the new pope, and you better believe Caterina was ready to fire those cannons if any of them tested her. To make her message clearer, she got her soldiers to fire some warning shots just to show everyone that she wasn’t just a pretty face. The Tigress of Forli had arrived, and she was going to get what she wanted.

Oh, and did I forget to add that she was seven months pregnant while all of this was going on?

For 11 days, Caterina Sforza took control of Rome, engaging in heated negotiations with the cardinals until her terms were finally agreed upon. As she walked out of the castle, many came from all over Rome to witness the rare sight – A woman whose reputation was once tied to powerful men and beautiful clothes, now walking majestically with a sword hanging from her side and a very visible pregnancy after going up against the most powerful men in Rome. This was unheard of, almost impossible even. But with Caterina Sforza, anything was possible.

There is just too much awesomeness in Caterina Sforza’s life to be captured in one article. Caterina herself once said, “If I were to write the story of my life, I would shock the world”, and she was right. To me, Caterina is the quintessential feminist. She was a woman in every way. She used her feminine warmth and charm to mesmerize everyone around her. But when the need came to clench her fist, get her nose bloody and fight, she did! She represents the freedom and strength that all women need to emulate.

I still don’t know why Hollywood hasn’t paid her much attention, but they should because girls worldwide must know about the Lady of Imola, the Tigress of Forli, the legend, the myth Caterina Sforza.