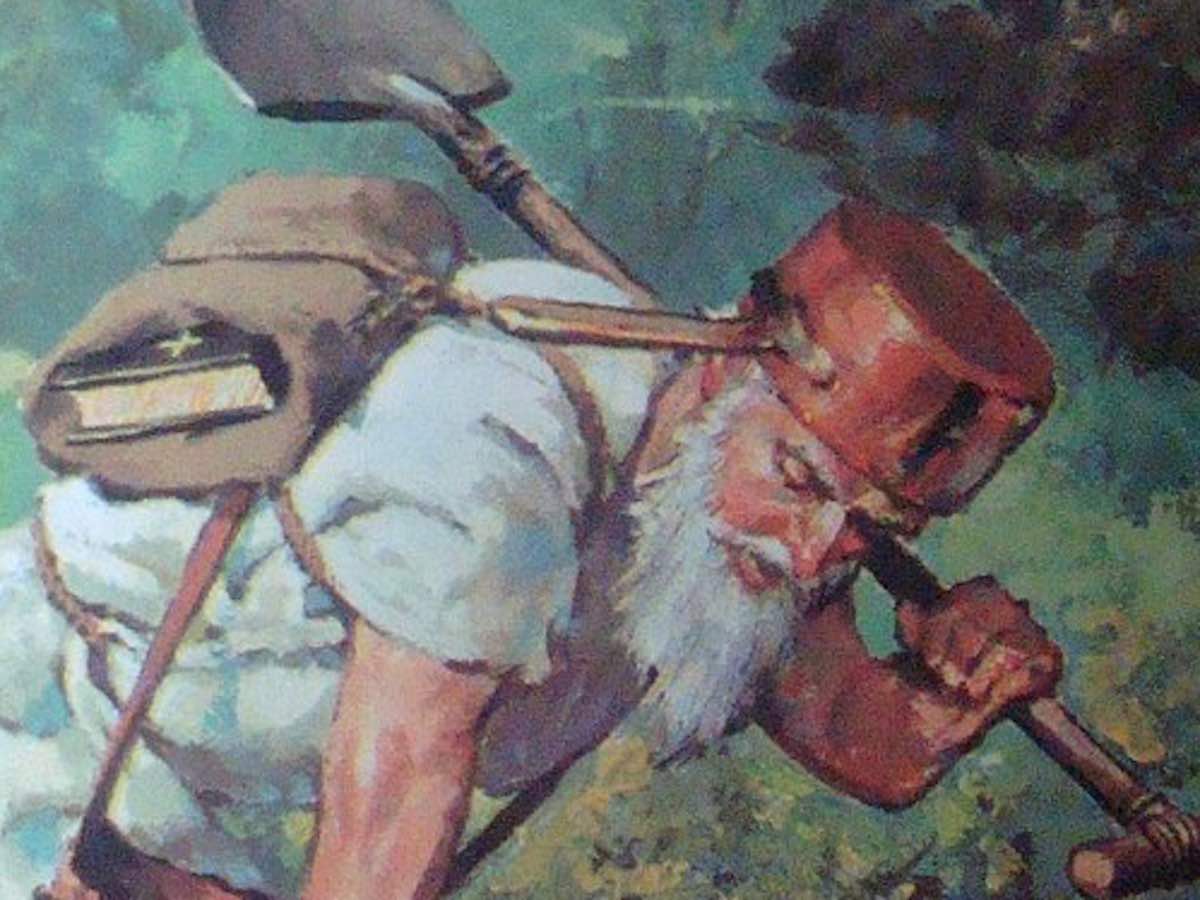 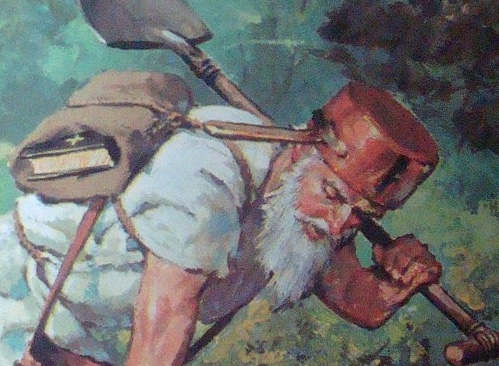 It’s September which evokes memories of apple-themed activities like going back-to-school and learning about Johnny Appleseed. While he seemed like a perfect storybook legend, he was actually a real person and his name was John Chapman. The real story of Johnny Appleseed is a little weirder than anything taught in schools.

Johnny Appleseed was born John Chapman in 1774 in Leominster, Massachusetts. As a child of the revolution, he grew up with the turmoil of war. His mother died in 1776, but his father Nathaniel Chapman survived The Battle of Bunker Hill as a minute man and several other harrowing battles. After the war, he returned home and taught his son about proper farming. 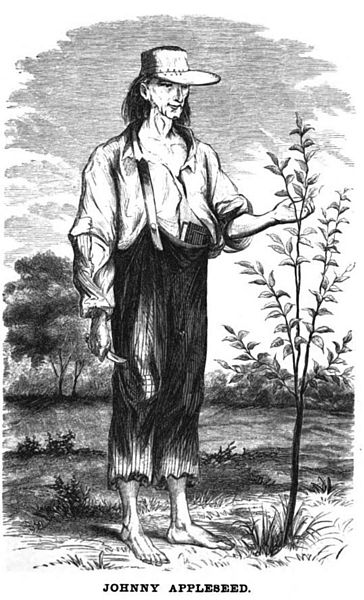 As a young man he ended up going to Pennsylvania where he planted his first apple nursery. Apples are an interesting fruit to plant because apples are actually cloned from one another through a process called grafting. Planting apples simply from seeds does not grow apples the same apples that we love to eat.

Apples that simply grow some seeds produce bitter fruit that are better used for cider which is exactly what Johnny Appleseed was doing. His apples were not meant to be eaten. They were meant to get you drunk!

Johnny, however, didn’t believe in grafting. So he traveled around carrying a sack full of seeds – much like he appears in drawings and cartoons! He was an animal rights activist and a vegetarian who preferred to do everything the natural way. Thus he planted seeds and refused to carry his seeds in anything other than a burlap sack.

He was a savvy businessman who tried to predict where settlers would go next in the growing Midwest region. He’d attempt to go there first, plant an orchard, and then have apples to sell all over the new frontier once new settlers got there.

It was a great plan and it really worked! He had a seasonal routine in which he would return to his old orchards, collect the seeds and sell his apples, and then go off to plant more. He was a true rambling man except that he had a business plan. 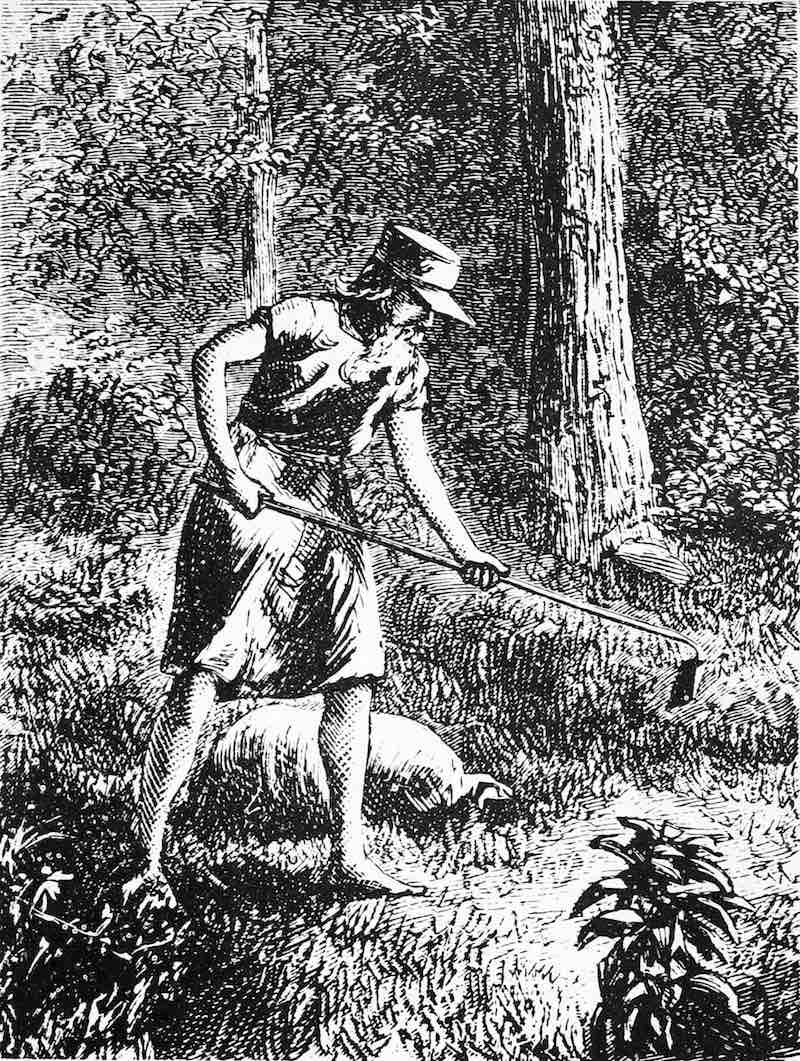 This method of getting around – with no posessions other than a Bible – gave a lot of people the chance to get to know Johnny who was a religious zealot. His stories spread and soon legends grew. By 1806, he was dubbed ‘Johnny Appleseed’.

He most likely really wore the rags he is often depicted wearing, but that’s due to his devout faith in the teachings of Emanuel Swedenborg. As a member of The New Church, he worshipped nature as he believed everything on earth corresponded directly to a spirit in the afterlife.

He believed that his seeds were not merely a business venture, but the word of God. He also refused to ride horses, believing it to be animal cruelty, so he walked and canoed everywhere.

He was also very vocally celibate. When asked about marriage he would say that God would provide him a “pure woman” in Heaven, so he didn’t want to waste time marrying someone impure on Earth. Very chill idea! He stayed single, idealizing women as pure angels rather than bothering to get to know real life ones.

There were several rumors about his previous love affairs and possible engagements, some claiming he tried to get engaged to girls as young as 8 or 10 to ensure they were pure, but few can be substantiated. There are stories about a broken engagement that he had to a girl named Nancy Tannehill that vary, but ultimately all end in a brokenhearted Johnny. 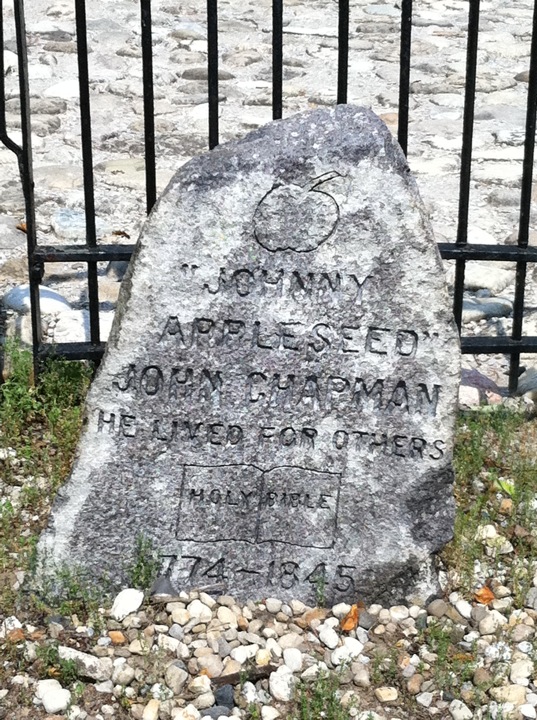 He died at the old age of 70 in 1845 which was double the average life expectancy, so an apple a day really does keep the doctor away. Johnny’s died a wealthy man, with an orchard franchise spanning the nation, despite the fact that he lived like a pauper.

Sadly, many of his orchards were chopped down by the FBI during prohibition in attempts to get the public to stop drinking alcoholic cider. Apple tree growers had to embrace eating apples rather than drinking them to keep their orchards afloat. Few of Johnny’s original trees remain including one in Nova, Ohio, which is the last known tree to be planted by Johnny. Plan your field trip now for the ultimate historical apple-picking trip!