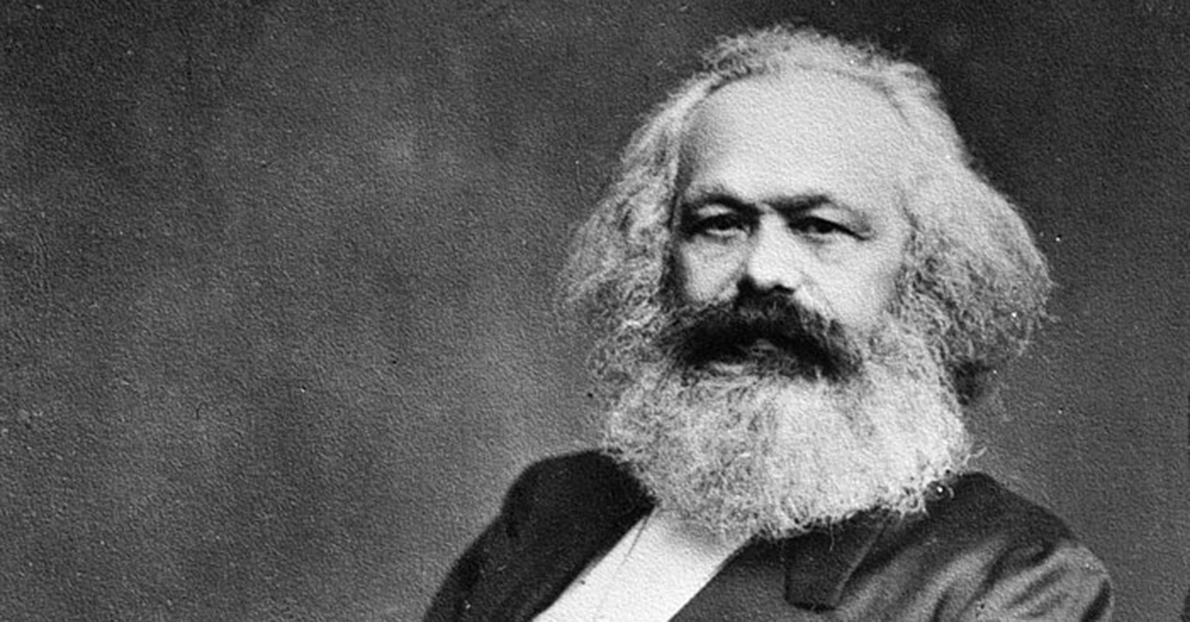 Karl Marx was a son, a husband, a father, and a philosopher before co-authoring The Communist Manifesto with Friedrich Engels.

These responsibilities helped turn him into one of recent history’s most important figures.

He understood capitalism’s pitfalls, believing that in its later stages it would end as the working class (proletariat) revolted to seize the means of production from the bourgeoisie (the elite classes).

1. His baptism was likely for political reasons.

As early as 1723, Marx’s paternal ancestors served as rabbis in Trier, Prussia (now part of Eastern Germany) and his maternal grandfather was also a rabbi.

But at the conclusion of the Napoleonic Wars which raged across Europe from May 1803 until November 1815, the French administration left Prussia.

The new government enforced draconian laws that banned Jews from serving in professions or in public office.

Young Karl’s father, Heinrich, a successful lawyer at the time, converted to Lutheranism in 1816, almost certainly due to these austere laws. Karl and his siblings were baptized in 1824.

Indeed, Karl’s father was a major influence during the earlier part of his son’s life as he was homeschooled.

Heinrich was a follower of many Enlightenment philosophers, especially Voltaire, and this undoubtedly guided much of Karl’s thinking early on. In 1830 he began attending the Friedrich Wilhelm Gymnasium, a secondary school. The school’s headmaster, Johann Hugo Wyttenbach typically hired liberal teachers who advocated reason and freedom of speech.

Police believed the school was sheltering revolutionaries and they raided the school in 1832, in the middle of Marx’s matriculation.

Wyttenbach incurred the wrath of the conservative government because he hired liberal humanists. That led to the raid and police discovered literature that espoused political liberalism.

Distributing literature such as this was considered a seditious act. Authorities instituted reforms and much of the staff was replaced while Marx attended the school.

3. Marx had a fondness for drinking and duels.

When he began attending the University of Bonn at age 17, Marx was introduced to the philosophy of the late Berlin professor G.W.F. Hegel, a philosopher who is considered to be a key figure in German idealism and modern Western philosophy.

He was also co-president of the Trier Tavern Club, a drinking society that was notorious for antagonizing the tonier aristocratic clubs on campus. His association with that club, in particular, earned him a night in the slammer.

But that’s not all. Marx also found himself in trouble with the Borussia Korps, itself a radical group, but one that forced students to swear allegiance to Prussian leadership.

Marx began carrying a gun, which of course didn’t win him any favors with the police, and at one point accepted a challenge to a duel from a Borussian Korps member. That concluded with Marx receiving a cut above his eye.

After that wild and wooly year, the young man transferred to the University of Berlin.

His membership in these groups radicalized him and redirected his life in major ways. His incendiary views on religion and politics, coupled with his association with these groups concerned the government, which denied him an academic degree. That led Marx to become a journalist.

4. He became a man without a country–numerous times.

That ball got rolling when Tsar Nicholas I asked the government to ban Marx’s newspaper, the Rheinische Zeitung.

Seemingly undaunted by that Marx headed to France, where he headed a radical left newspaper in Paris. But the French government shut down the newspaper in 1845 and kicked Marx out of the country.

He fled to Belgium but authorities there arrested him in 1848, alleging he’d spent a third of his allowance arming workers. So once again he made his way to France (which was now under a new government).

His next step was to return to Prussia to launch a revamped version of his newspaper, Neue Rheinische Zeitung, but that effort was doomed as well.

The government suppressed the newspaper and demanded that he leave Prussia in May 1949. But he didn’t receive a warm welcome when he attempted to return to France, so he and his wife, Jenny von Westphalen, whom he had married in 1843 and who was carrying their fourth child headed for London, where the family sought refuge. This is truly sad — the family lived in abject poverty and Marx died here as a man without a country.

5. His wife once pawned his pants for food.

Crushing poverty hit the family hard and within a year, Marx found himself kicked out of his two-room apartment for failing to pay rent. He was forced to use a fake name over the decades to avoid creditors. Some days he wasn’t even able to leave the house because Jenny was forced to pawn his pants so she could buy food.

Friedrich Engels, his friend and co-author of The Communist Manifesto helped whenever he could, and it’s reported that between 1865 and 1869 he sent Marx the equivalent of $36,000.

When Marx turned 50, in a letter to Engels, he recalled his mother’s words: “If only Karl made capital instead of just writing about it.”

The two men maintained a life-long friendship and Engels also fronted the money for Marx to write Das Kapital, a treatise on materialist philosophy, economics, and politics. While Engels was a well-heeled industrialist who profited from his workers’ production, he helped his friend champion a system that would abolish his own power.

While many of the illnesses he dealt with were the result of poverty, Marx also drank heavily, worked late into the night, ate foods that were tough on the liver, and he also smoked.

Even so, he kept up a heavy work pace, so much so that at one point he developed painful boils in 1863 that made it impossible for him to sit down.

Recent research shows that at least some of Marx’s problems may have stemmed from a chronic and painful skin disease — hidradenitis suppurativa. It’s a disease that’s known to cause depression and social isolation due to disfiguring scars. Sufferers are understandably plagued with frustration and foul moods, and Marx was no different.

Add to this the fact that he was diagnosed with a “weak chest” which kept him out of the military when he was 18. The condition may have been caused by pleurisy, which affects the lungs and thorax, and it led to his death in March 1883, when he was 64.

7. Marx was devoted to Jenny and loved children.

Fiercely intelligent, Marx was known to be irascible. He was good at antagonizing people with his laser wit, bluntness, and arbitrariness.

But despite his reputation for orneriness he loved children; especially his daughters. They in turn adored him. The couple had seven children, but tragically, four died during birth or in early childhood, largely due to the poverty the couple lived in. While his daughters Laura, Jenny, and Eleanor lived into adulthood, Laura and Eleanor committed suicide in 1898 and 1911 respectively, perhaps never able to reconcile the tragic conditions their family suffered.

Marx remained devoted to Jenny throughout his life, and when she died of cancer in 1881 at 67, he never recovered.

His work lives on, and he is considered to be one of the most influential figures in human history. Artists, labor unions, and political parties worldwide continue to adapt his work and ideas.

Whatever one may think about Karl Marx, he spent his life trying to improve conditions for workers and that is his legacy.