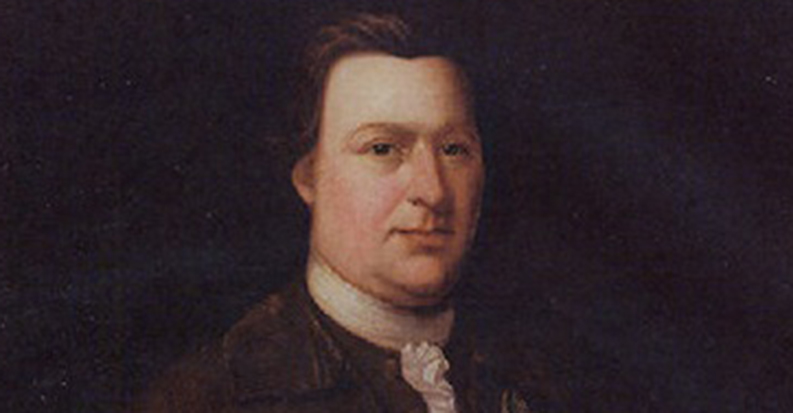 There was once a Founding Father named Button Gwinnett, who in no way, shape or form lives up to the perceived cuteness of his name.

Born in Gloucester, England, in 1735, Mr. Button Gwinnett did not stay in his home country for long and decided at around the age of 30 to emigrate to the colony of Georgia. This choice would change the course of the future state’s history for centuries to come.

“The mediocre “businessman” alas found his talent—being liked by other colonists. And thus Button Gwinnett, the accidental politician, was born.”

Before Button settled down in Georgia, his first colonial escapade was in Newfoundland. The ambitious young colonist moved to Jamaica to become a merchant, neither of which worked out for Gwinnett. Due to his failures as a merchant, he drags his wife and children from tropical Jamaica to the swampy and no less tropic Georgia to become a Southern planter. Where he would eventually meet his future arch rival, Lachlan McIntosh (yes, almost everyone in this story has a weird name).

After arriving in the New’ hot and humid cash crop obsessed’ World, Button tried to become one of those planters who grew crops for cash, crops that grew best in the swampy climate of the South. Seeing the many powerful and influential plantation owners in Georgia must have inspired him to become a cash crop baron himself.

Sure enough, not long after Button liquidated his merchant items, he proceeded to buy several slaves and a good chunk of fertile Georgian land. Soon, he began growing his new venture with the hopes this would finally be the big break he’d been thirsting for since he sailed across the Atlantic.

However, there was one tinsy wincy problem. He was a terrible planter. The wannabe entrepreneur lacked the often elusive business savvy necessary for success.

A similar pattern is evident in Boston’s Samuel Adams, who tried to become a businessman himself but turned out to be terrible with money, an essential requirement for prosperity in business. The same pattern is found in the Ballad of Button Gwinnett.

Despite his best efforts, he proved to be a crappy planter as well. But somehow, amidst his stubborn failures, the mediocre “businessman” alas found his talent—being liked by other colonists. And thus Button Gwinnett, the accidental politician, was born.

In 1769 Button was voted by his peers to the Provincial Assembly of Georgia, marking his first accomplishment in his brand new career as a colonial politician, his one true calling. After years he finally answered. The people of Georgia loved him, except one guy.

Lachlan McIntosh, the man responsible for Button’s untimely death, found himself serving as the brigadier general of the Georgia Continental when the two rivals first clashed. They both worked in prominent positions in the Georgian government, with McIntosh serving as a general starting in 1776, while Button was elected to the Provincial Assembly—which morphed into the state congress after the Second Continental Congress was founded in 1775.

Through his political skills, certainly not his business capabilities, Georgia became a major player in the War for Independence. Though he was no John Hancock, Button served as a uniquely talented legislator and Founder of Georgia. In addition to signing the Declaration of Independence, Button also wrote a portion of Georgia’s State Constitution.

However, out of all his accomplishments, Button really pissed off his rival after becoming the President of Congress, giving him great power and influence over all of Georgia, including, but not limited to, Lachlan McIntosh.

Utilizing his newfound power (insert hearty evil laugh), Button and his peers voted to attack British zones of Florida, causing the two men’s relations to turn from sour to a murderous raging inferno. McIntosh, being a general, had to lead the army that attacked Florida, and to put it frankly, he didn’t want to. Of course, Button made him do it anyway.

Once McIntosh returned from his failed attack in Florida, the bitter Brigadier General publicly used these words to describe his colonies head Congressman: “a scoundrel and lying rascal”

Button simply could not take that dastardly insult sitting down and boldly challenged McIntosh to a duel. Not a fencing duel or a Wizarding duel, but a duel with 18th-century flintlock pistols. The kind that implied the two participants involved would take their chosen firearms from a box, turn their backs to each other, walk a painstakingly long 12 paces, wait, turn, and fire. The goal is to survive the fight and become the winner; a goal Button ultimately failed to achieve. Their duel took place on May 16th, 1777. Button died of his wounds three days later, on the 19th.

Metaphorically speaking, Button was one of the many buttons who helped keep the Revolutions often weak seams from tearing apart—making him a key player in America’s founding, making him a genuinely unique figure in history, and that’s without his ironically adorable name.

Resources:
Charles Pou (September 19, 1999).Profiles of Georgia’s Signers of the Declaration of Independence. Retrieved from https://web.archive.org/web/20060404102627/http://www.cviog.uga.edu/Projects/gainfo/gasigner.htm

Signers of the Declaration of Independence (1999-2021). Retrieved from
https://www.ushistory.org/declaration/signers/gwinnett.html