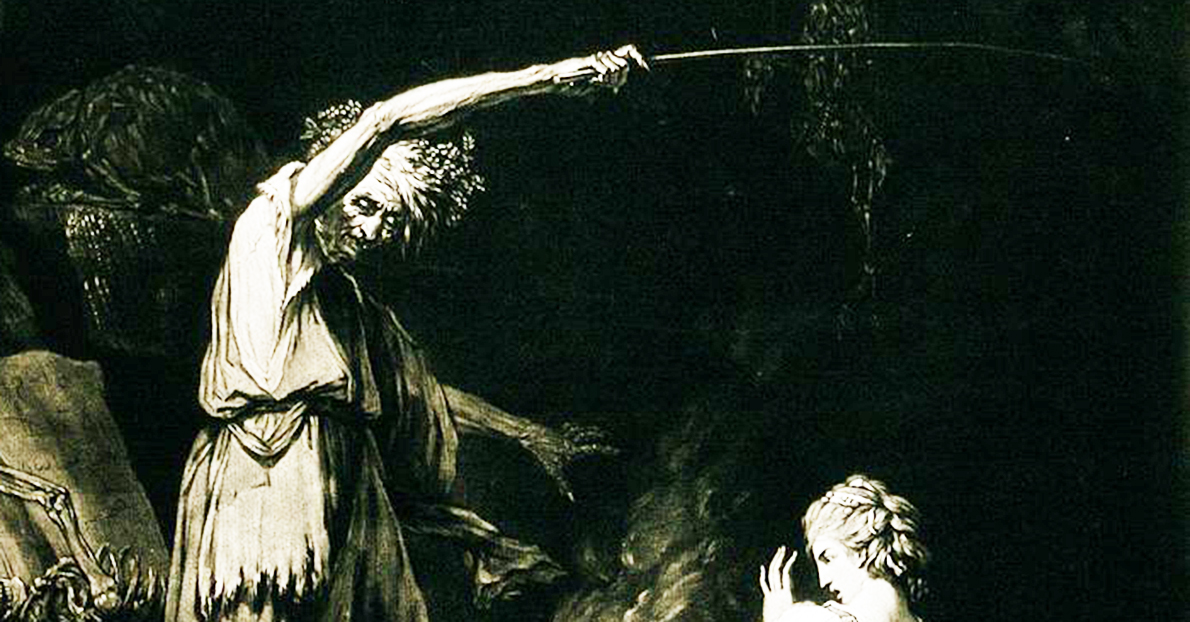 If you grew up reading or watching Harry Potter, you probably already know the magical world is a fantasy. However, the world that J.K Rowling created wasn’t all concocted within her head; some of it was based on legitimate history.

The flying broomstick, for example, isn’t genuinely magic unless you consider hallucinogenic substances to be magical. According to historians, the flying broom trope was born from witches consuming homemade hallucinogenic potions that induced a psycho-sensory experience.

But why broomsticks? The simple answer is that traditionally European witches have used broomsticks to stir their potions. It was the last thing they saw before flying off on their psychedelic journey, which often included flying, as many people reported. Gustav Schenk, who said in 1966 while testing the drugs tropane alkaloid, which scholars believe were the substances witches took to induce psychedelic visions:

“At the same time, I experienced an intoxicating sensation of flying…I soared where my hallucinations – the clouds, the lowering sky, herds of beasts, falling leaves…”

Speaking of seeing weird things, in Harry Potter, the witches and wizards can change the form of objects and people, and even themselves (with lots of practice).

However, in the real world, witches were known to shift their shapes into all sorts of things, often with deadly consequences from the local authorities (in other words, they got Salem witch trial-ed). Unlike the other magic on this list, shapeshifting cannot be proven historically.

In most cases, shapeshifting was a method for people to use as an accusation against a suspected witch. For example, a local blacksmith could accuse his reclusive neighbor of turning into a squirrel and stealing his bread (not a real example, I just don’t like squirrels), or a sheepherder accusing someone of changing into a wolf and killing off their herd. In modern times both the vampire and werewolf are our version of the shapeshifting myth, which, in turn, helped to inspire a relatively unknown book about a boy with a lightning bolt scar.

Out of everything on this list, the most iconic magic in Harry Potter is the wands. Barnes and Noble should know, they sell tons of plastic versions every day. In the HP universe, witches and wizards use these long wooden sticks to cast spells, charms, and, when they’re having a bad day, curses. Historically speaking; however, wands and spells have been used by witches and magicians for millennia.

The first mention of a wand being used to wield magical power can be found in Greek Mythology. Circe, the female magician, is said to have used a wand to turn men into pigs, while the goddess Athena used her wand to age up Odysseus.

They de-age him later on (apparently, in Ancient Greece, wands were used against misbehaving men?). But the wand as we know it today, the wooden device used by witches and wizards to cast spells, didn’t come to fruition until later on in history.

For example, a 13th-century magical textbook (yes, those existed) that detailed certain wand types along with the best kinds of woods to use. (They recommended hazelwood, in case you were wondering.) The book goes on to say a long, thin, pliable piece of wood is the most efficacious for casting spells—which have existed long before wands.

Spells are a specific word-for-word verbal recitation with magical intent, often to achieve good fortune for the reciter. The Ancient Egyptians are most likely the originators of what we know as spell casting, though their magic was mainly based on religion as opposed to the culture of modern-day magic. For example, today, Wicca practitioners use them to help improve everything from their finances to their love life.

In Harry Potter, potions are used to create all sorts of helpful and even deadly concoctions. Throughout history, however, potions and the very similar practice of alchemy have been thriving for millennia.

Of course, we pitiful muggles used boiling cauldrons for more practical purposes long before Rowling started writing about a bespectacled young wizard on a cafe napkin over 20 years ago. In pre-big pharma days, people had to make their remedies at home from the plants and herbs that grew around them.

Contrary to pop culture-induced belief, the best potion-makers, at least during the middle ages, were often monks, not wizards. Carthusian monks from the 15th century were believed to have grown Potter-Esque plants such as mandrake and nightshade, the former being known for inducing hallucinogenic unconscious mental states.

For the most part, the former, mandrake, was used to treat pain for individuals suffering from arthritis and ease the tortuous misery of medieval surgery. According to the books and mythology, the mandrake screams so loud when pulled from the ground that some say the sound can be lethal. Between the two, both Harry Potter and the history of magic, we find parallels like the mandrake, just as we find them in everything from wands to screeching narcotic roots.