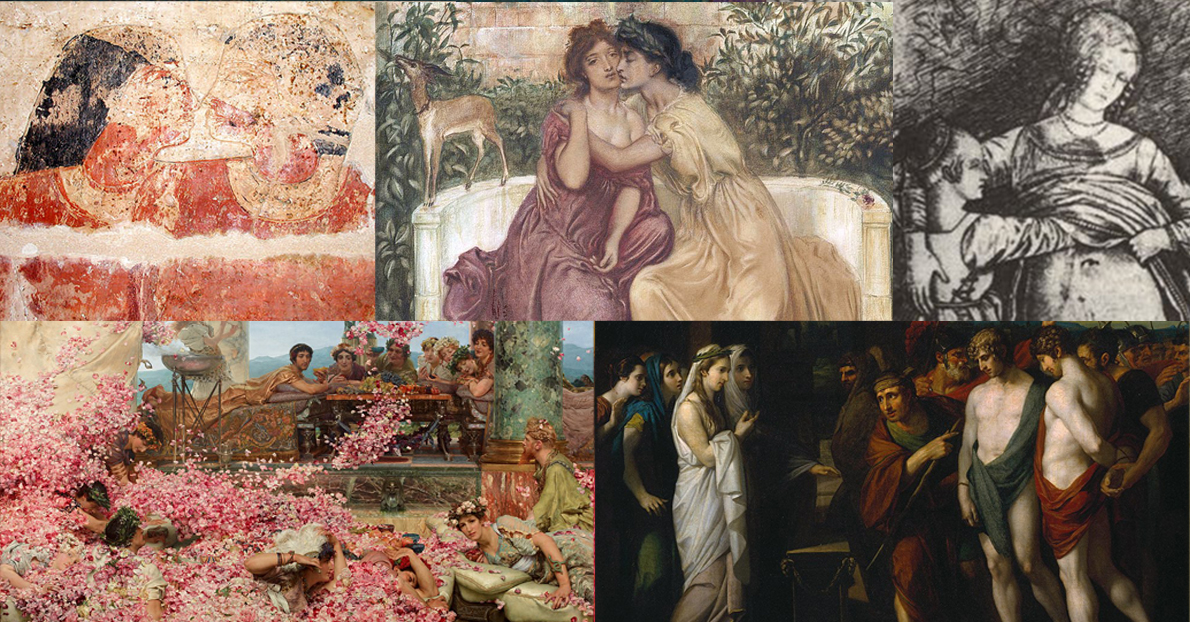 When archeologists found their tomb, they discovered depictions of both Khnumhotep and Niankhkhnum standing face to face, noses touching, a position in Egyptian art most scholars associate with romantic kissing.

However, other historians disagree and believe their relationship was strictly professional. After all, they were coworkers, both serving as top-tier Royal manicurists throughout their careers.

In fact, when archeologists first found them in the 1960s, they incorrectly assumed them to be brothers. This familial theory was considered a fact until Egyptologists in the 1990s proposed that they were actually lovers, meaning that Khnumhotep and Niankhkhnum could very well be the first gay couple in history.

Sappho was a well-known female poet and teacher who lived on the island of Lesbos (yes, that’s where we get the word lesbian from.) Today, however, Sappho is primarily associated with female homosexuality in Ancient Greece.

These various relationships inspired much of her poetry, which would eventually lead to her and the island she lived upon becoming synonymous with lesbian sexuality. And although her works provide no specific names or woman she knew, they give us a clear indication of her then taboo feelings, which is a rare occurrence in our stigma-loving past.

Ancient Greeks didn’t limit themselves to one definition when it comes to love, learn the five types of love here according to them.

Once upon a time, an ancient writer Dio wrote some very controversial things about the scarcely known Roman Emperor Elagabalus.

In his time, Elagabalus was seen as a disaster, and though Dio certainly wasn’t the only writer to make comments about Elagabalus, his writings are still very interesting.

For starters, Dio describes Elagabalus using feminine pronouns, claiming that the emperor attempted to surgically replace his penis with a vagina, alongside accusations of crossdressing and having a relationship with a man named Hierocles.

However, as with almost all wild claims stemming from contemporary sources, the validity of Dio’s accounts is heavily scrutinized by historians. If the account is accurate, then Elagabalus would be the first documented instance of someone attempting sex reassignment surgery. And when taking a middle-of-the-road approach to this historical situation, one has to assume that perhaps some aspects of the account could be true. 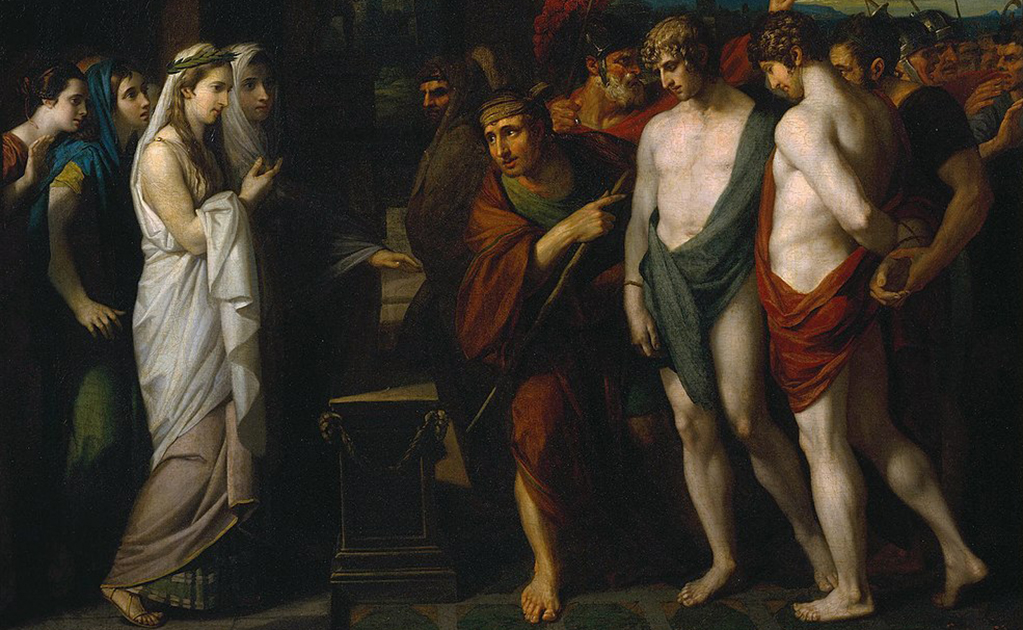 As with all the previous couples, there is some debate (I’m sure you’re getting tired of reading that) on whether or not the writers intended for Orestes and Pylades to be construed as a romantic couple.

However, there is no debate on the validity of the sources because this couple technically didn’t exist. Orestes and Pylades are a part of the vast story conglomerate of Greek Mythology and Ancient Greek Theater, meaning there are several different versions of the tale.

Still, the general story is about the relationship between Orestes and Pylades, which by the time Handel wrote his opera version was considered homoerotic by 18th-century audiences. All thanks to the Romans, of course. Their versions were particular, were far more homoerotic than the Greek versions.

If you thought we were done talking about crossdressing, think again. The story of Megillus and Leaena is truly a fascinating tale. It all begins when Megilla, a woman, decides to dress up like a man to go hook up with another woman.

So, she changes her name to Megillus and has a sexual encounter with a woman named Leaena. That is the basic plot. Whether or not the story is true is irrelevant; the plot shows us a rare instance of Ancient transgenderism and lesbianism, especially given how male homosexual relationships received significantly more contemporary coverage than ancient lesbians did.

For example, an author who wrote the account of Megillus, a dude named Lucian, also wrote other homoerotic content, including a vivid description of Megillus and Leaena embracing in a passionate kiss. And yes, this is also Roman (don’t act surprised).

They were a little more open to homosexuality than their Greek counterparts. From the fall of the Roman empire, homosexuality became more stigmatized than ever. It’s something to remember as we celebrate pride month that the world can change, and the world will continue to change, hopefully for the better. Happy Pride Month!

The 5 Types of Love According to the Ancient Greeks

Zenobia, The Syrian Queen Who Stood Up to Rome

The genius of Archimedes’ devastating “Iron Claw” and other weapons

5 Real-Life Princesses That Should Have Their Own Movie

Kubaba, the Bartender Who Became the First Woman Ruler in History