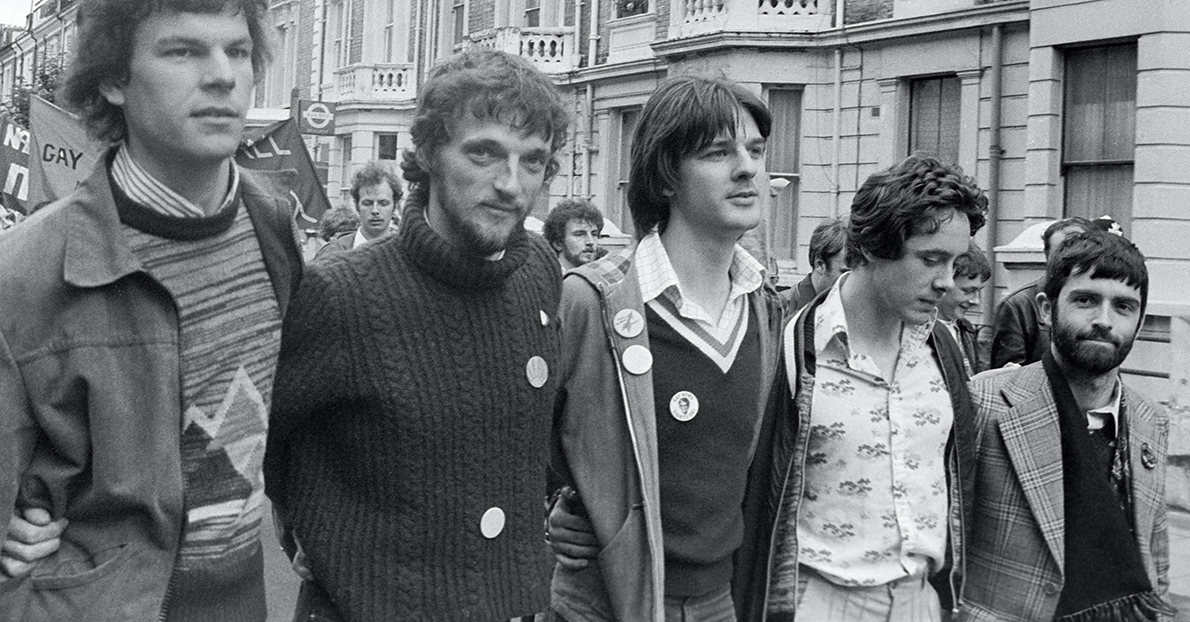 In a landmark decision on June 26, 2015, the United States Supreme Court ruled that the U.S. Constitution guaranteed marriage as a right for all, including gay and lesbian couples. But the path leading to this historic decision was long, winding, and thanks to hateful and bigoted ignorance, marred by pain and terror. 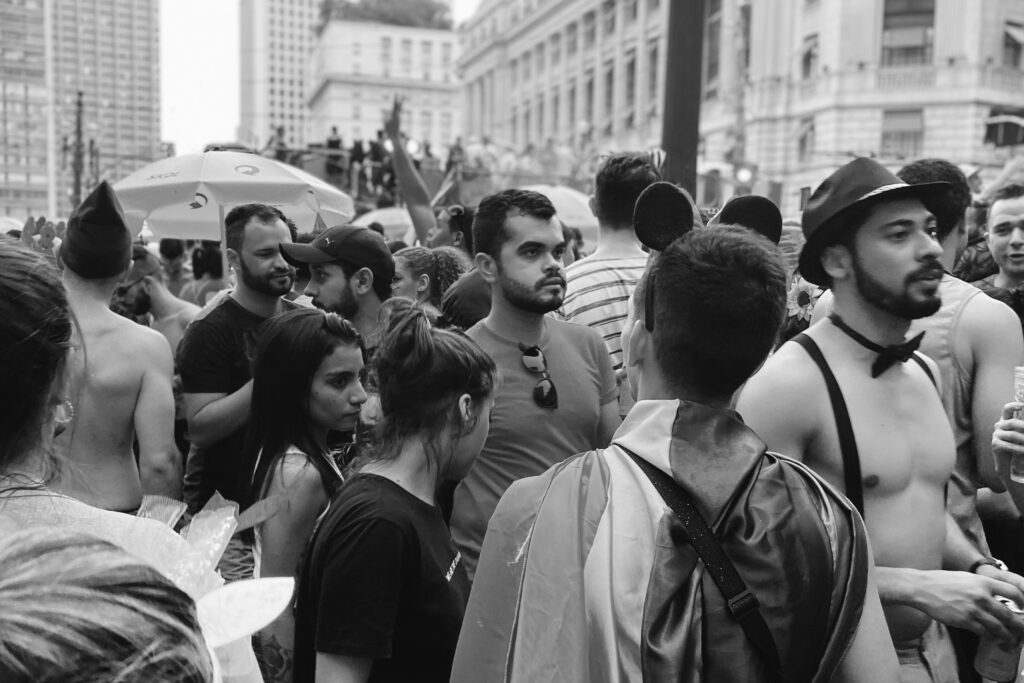 1. During the turbulent 1960s, police raids on gay establishments were common across the country.

Civil rights — or specifically, the lack thereof — may be the single most defining issue of this time and the decades that preceded.

Police assaults on African-Americans and homosexuals were often brutal. In big cities across the countries, police continually raided gay establishments, and this is especially true for New York City and San Francisco where raids were all too common.

In NYC it was illegal for anyone to solicit same-sex relations. As a result, LGBTQ+ individuals sought out gay bars and clubs, hoping to feel safe and be themselves in a world that was rarely kind to them.

But it wasn’t long before their sense of safety eroded away. The New York State Liquor Authority penalized and shut down places that served alcohol to known or suspected LGBTQ+ people and claiming that by simply gathering together homosexuals were being “disorderly.”

Raids on gay bars and nightclubs in San Francisco spurred activists to respond and the situation came to a head during the annual New Year’s Eve ball in 1965.

The raid became a media firestorm, bringing down the city’s police commissioner and garnering heterosexual support. While the situation faded into memory, a riot erupted at Compton’s Cafeteria when individuals from the city’s LGBTQ+ community smashed all the windows on one police car, set fires, and picketed the restaurant for its continual collusion with the police.

Members of San Francisco’s gay establishment didn’t participate, instead of distancing themselves from transgender and street youths and Vanguard, the political organization that backed the riots.

Riots also raged across Los Angeles and the Mattachine Society, the nation’s first gay-rights organization (founded in 1951), gained strength and opened chapters across the country.

One particularly powerful demonstration, attended by some 400 people and helped lead to the founding of The Advocate, which became the nation’s leading LGBTQ+ magazine.

As demonstrations continued in California, the situation was also heating up on the East Coast and LGBTQ+ veterans picketed the Pentagon, while other demonstrations targeted the White House and federal agencies.

The New York City branch of the Mattachine Society achieved legal gains in 1966 by organizing a “sip-in” at the bar Julius’, securing the rights of gays to congregate in public. Engaging in homosexual activity by doing the things the rest of us take for granted, things like kissing, holding hands, or dancing with someone of the same sex were still illegal, unfortunately. 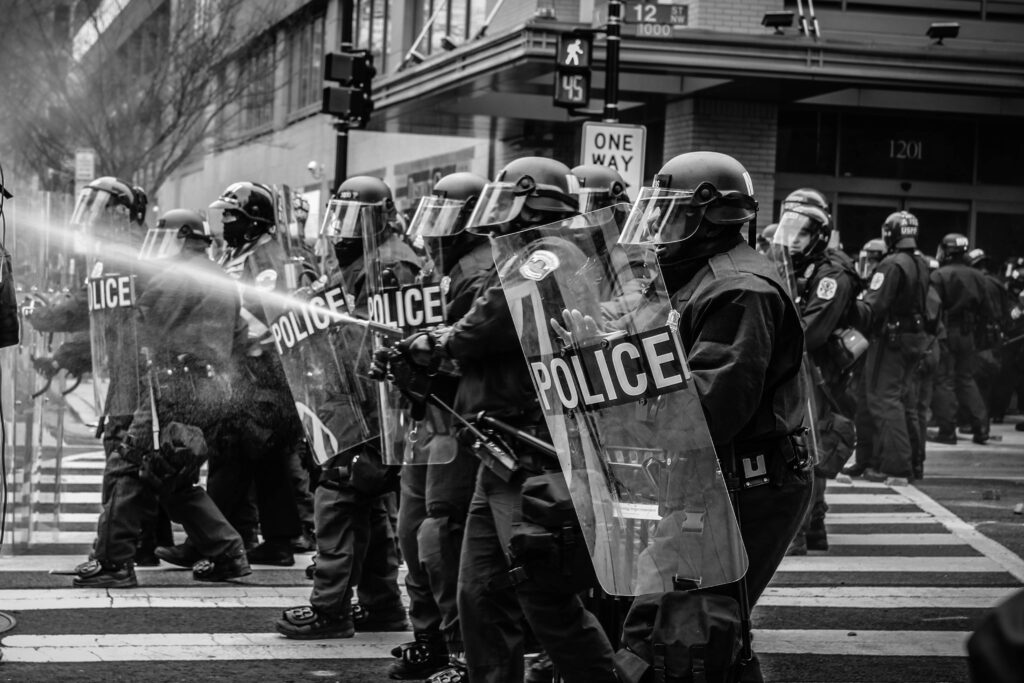 On March 9, 1969, Police in Los Angeles attacked and killed Howard Efland, a 37-year-old nurse during an anti-gay raid at a local hotel that was popular with gay men.

Numerous individuals risked public exposure and state retribution but testified nevertheless about the police violence that led to Efland’s death. Unfortunately, the jury ruled Efland’s killing was a “justifiable homicide” because, according to police, he resisted arrest.

Efland’s death is not the only instance in which police barely received slaps on the wrist. In Berkeley, California, on April 17, 1969, an undercover police officer shot Frank Bartley, 33, a local chef.

Bartley was shot while trying to flee Aquatic Park, a popular cruising area after the officer used sexual entrapment — a common tactic employed by the police. Bartley died five days later but local authorities refused to pursue charges against the cop who killed him.

On June 21, 1969, in Oakland, California, professor Philip Caplan was attacked by vice squad officers who accused him of loitering and lewd behavior at a public toilet near Lake Merritt. Caplan, a married father who was on medication for prostate problems causing him to urinate frequently, died days later.

Once again, local authorities declined charging the police. With the death of Caplan, who was presumably straight, it became clear that no one was safe from anti-gay violence at the hands of the police. 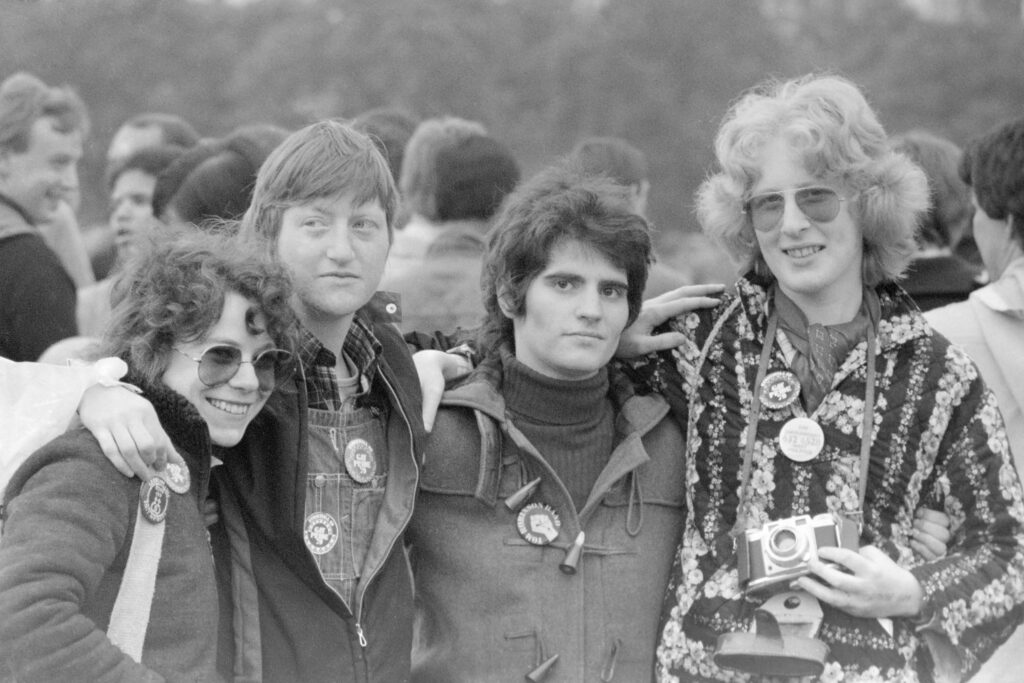 3. Enter the Mafia…and the Stonewall Inn

One establishment, in particular, Greenwich Village’s Stone Wall Inn, proved to be lucrative for the Mafia, largely because it catered to the gay clientele who were shunned elsewhere. It was originally bought as a “straight” bar and restaurant in 1966. The family subsequently renovated it as a gay bar in 1967.

And the Genovese family did something particularly clever: They made sure the Stonewall Inn was registered as a private “bottle bar” where customers were required to provide their own alcohol.

That, of course, meant the bar didn’t need a liquor license. The family also successfully bribed New York’s Sixth Police Precinct, who subsequently ignored the activities inside the bar.

To maximize the club’s profitability, the Genoveses also cut costs and the club lacked a fire escape and the Mafia purportedly bribed wealthier patrons who wished to keep their sexuality a secret. While police interference was kept at a minimum, raids were still common, but corrupt cops tipped off the Mafia-run bars prior to the raids, allowing owners to stash alcohol illegally sold without a license. And of course, to hide other illegal activities.

But the morning of June 28, 1969, was a different story. This time, the police didn’t warn the bar and stormed in, bearing a warrant. Officers discovered bootlegged alcohol, and that led to 13 arrests of employees and patrons alike.

Patrons and residents in the neighborhood were by now fed up with constant police harassment and social bigotry and tensions grew as the events unfolded and people were increasingly manhandled.

One officer struck a lesbian over the head while forcing her into the police van and she hollered for onlookers to get involved.

And get involved, they did. The crowd began pelting the police with cobblestones, pennies, rocks, and bottles, and other items and the scene soon evolved into a full-blown riot involving hundreds of people.

Police and one writer for The Village Voice barricaded themselves inside the bar, as the protesters tried to set it on fire.

The fire department eventually managed to douse the flames and the riot squad was called in to free those inside the bar and the crowd was disbursed.

But the protests, sometimes involving thousands of people, roared on for another five days and flared once again when the Village Voice published its account of the riots.

Stonewall wasn’t the beginning of the gay rights movement, but it was, however, the touchstone for LGBTQ+ political activism, leading to the formation of numerous organizations that promote gay rights, including the Gay Liberation Front, the Human Rights Campaign, GLAAD, and PFLAG. 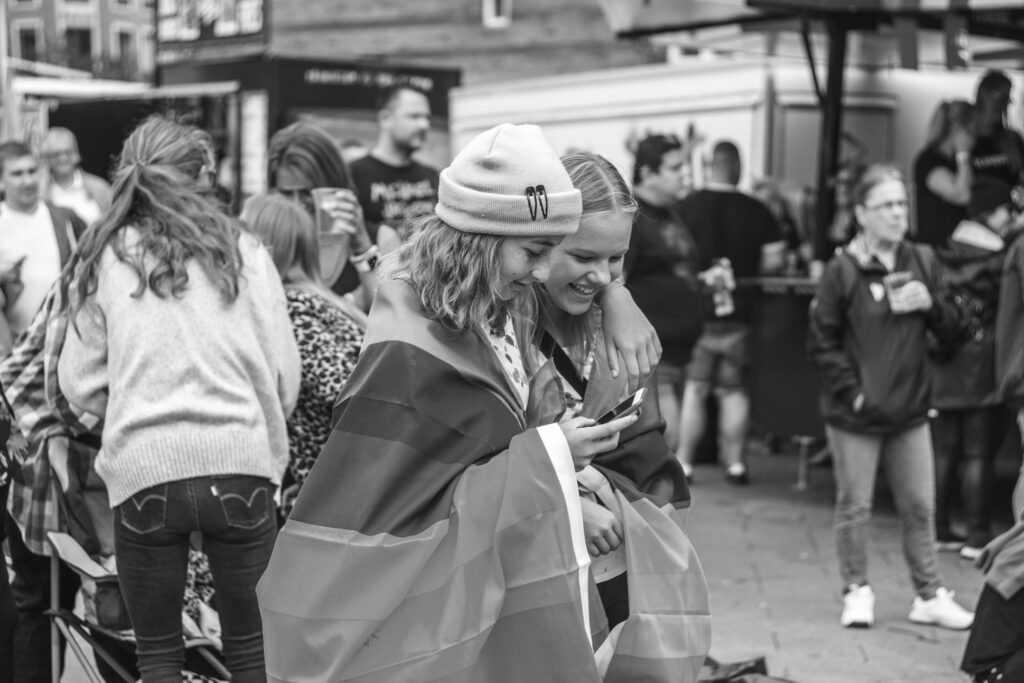 On the one-year anniversary of the now-famous riots, thousands of people marched on the streets of Manhattan from the Stonewall Inn to Central Park as part of “Christopher Street Liberation Day,” the nation’s first gay pride parade.

Activists came up with the idea for the parade in the months following the Stonewall riot and proposed in a resolution presented to the Eastern Regional Conference of Homophile Organizations in Philadelphia that a march is held in New York City to commemorate the one year anniversary of the fateful raid.

The proposal stated the march was to be held on the last Saturday in June and that there were to be “no dress or age regulations.”

Organizers deliberated over the slogan for the event, however, and while the idea of “Gay Power” had been tossed around, one member of the planning committee, L. Craig Schoonmaker noted that the one thing gay individuals didn’t have was “power.”

They did, he noted, have “Pride.” And that’s how “Say it loud, gay is proud,” became the official slogan for the parade. 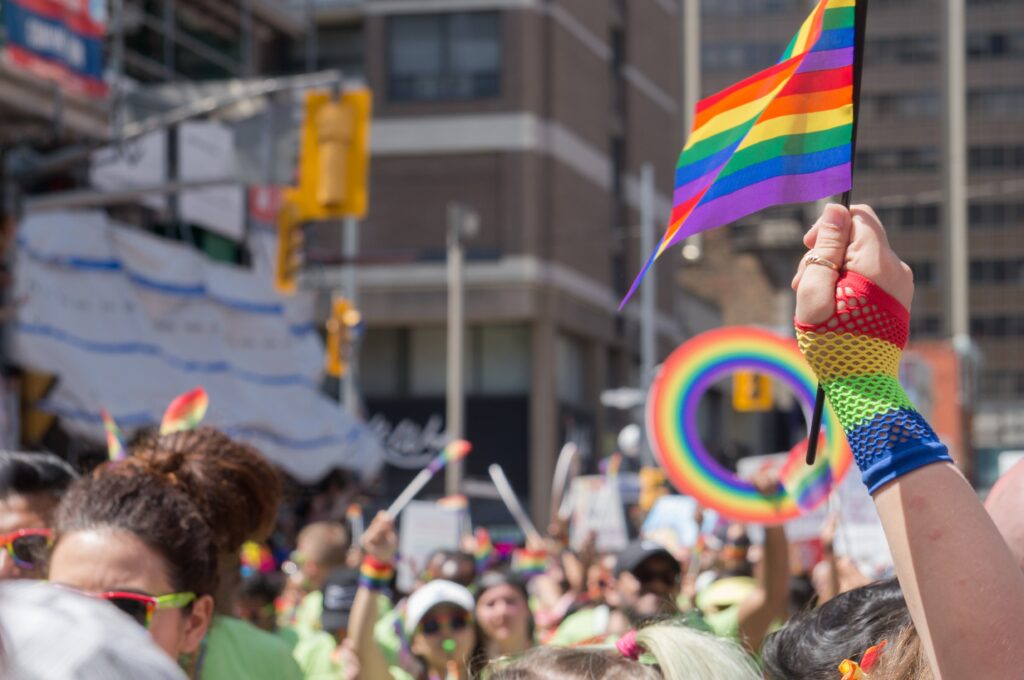 5. The Stonewall Inn becomes a national monument and a symbol of pride

In 2016 President Barack Obama designated the site of the riots — the Stonewall Inn, along with the surrounding streets and Christopher Park — as a national monument in order to recognize the area’s contribution to gay rights.

Perhaps the most significant thing about the Stonewall riots is this: People stood up to bigotry and oppression and police brutality.

They said “this is no longer tolerable,” and provided a blueprint for others who didn’t want to be persecuted for their sexuality or their gender identity and have given countless thousands, if not millions of people the courage to stand up for themselves. The struggle is still very real but we are, fortunately, much closer to the end than we are to the beginning.

Process: A Blog For American History—Queer Rage: Police Violence And The Stonewall Rebellion of 1969
http://www.processhistory.org/stein-stonewall/