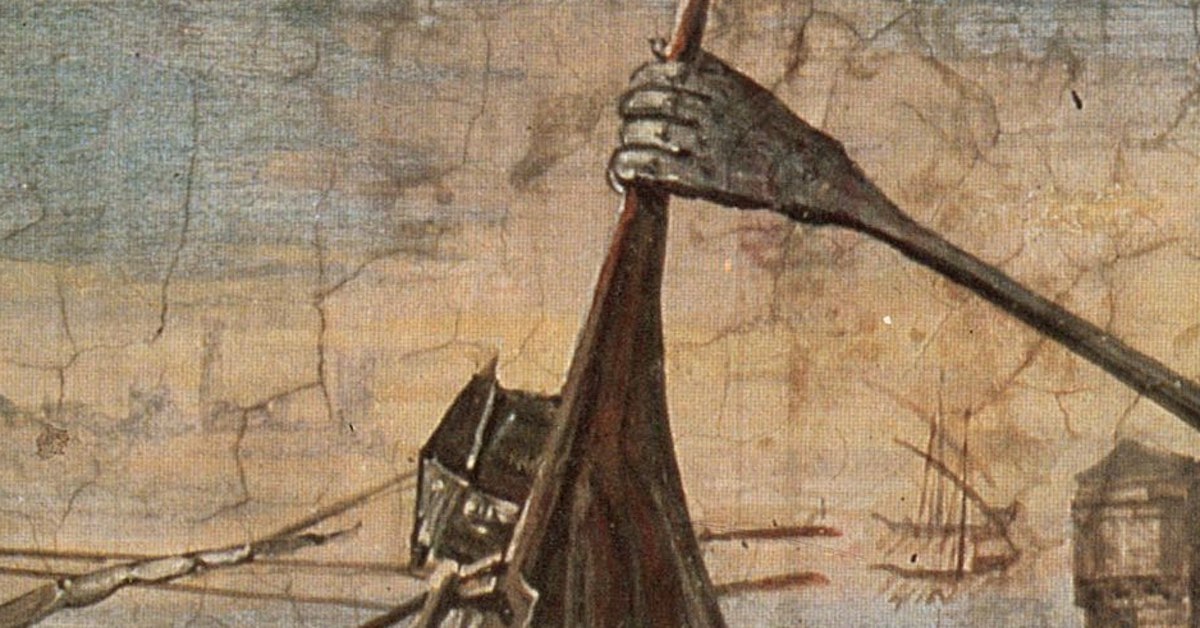 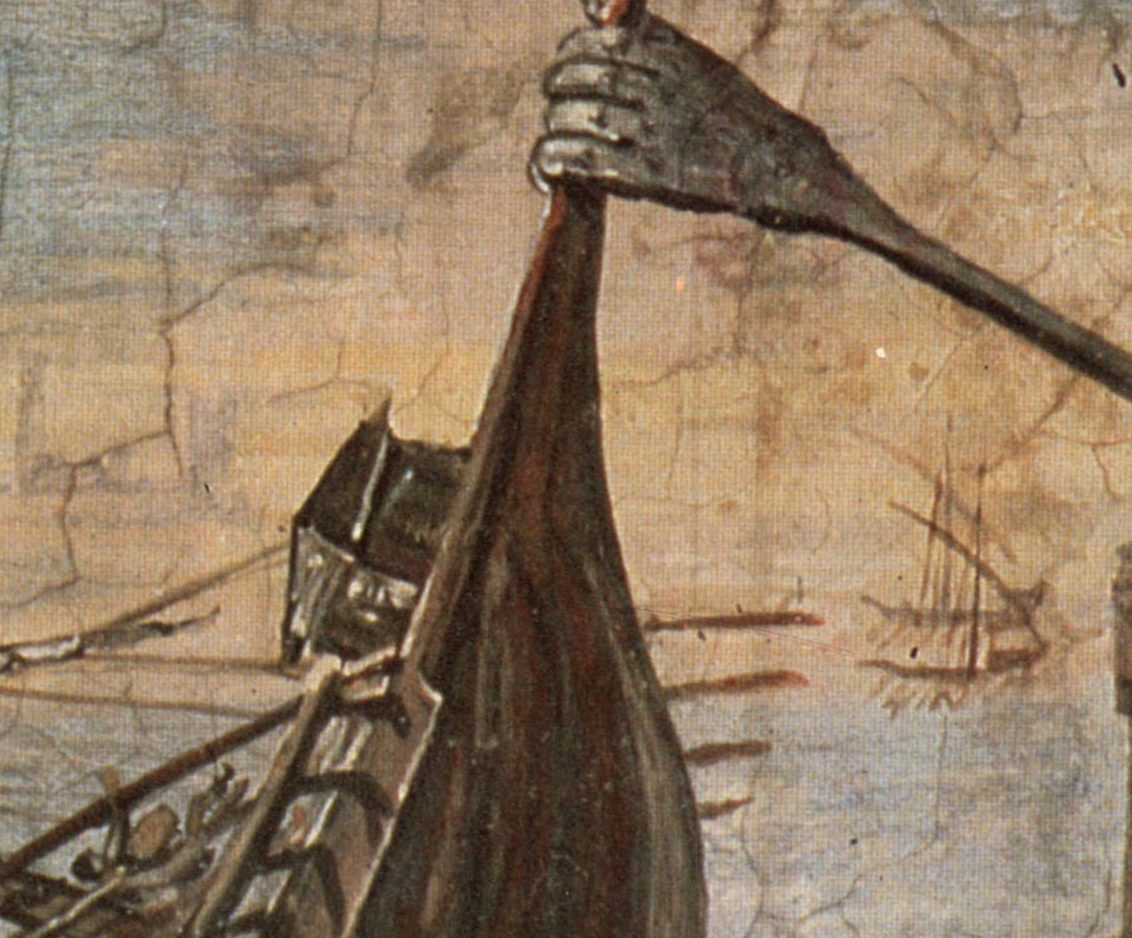 The iron claw of Archimedes to defend the city-walls of Syracuse from naval assault had a devastating effect on the attacking Roman fleet. The Greek historian Polybius described the claw’s build and performance: 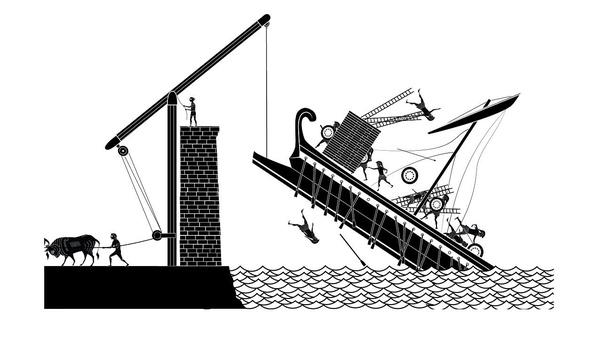 …let down an iron hand swung on a chain, by which the man who guided the crane, having fastened on some part of the prow where he could get a hold, pressed down the lever of the machine inside the wall; and when he had thus lifted the prow and made the vessel rest upright on its stern, he fastened the lever of his machine so that it could not be moved; and then suddenly slackened the hand and chain by means of a rope and pulley.

These machines came in use during the Second Punic War in 214 BCE, when the Roman Republic attacked Syracuse with a fleet of 60 ships under the command of Marcus Marcellus. Their impact on the Roman navy was catastrophic:

The result was that many of the vessels heeled over and fell on their sides: some completely capsized; while the greater number, by their prows coming down suddenly from a height, dipped low in the sea, shipped a great quantity of water, and became a scene of the utmost confusion. 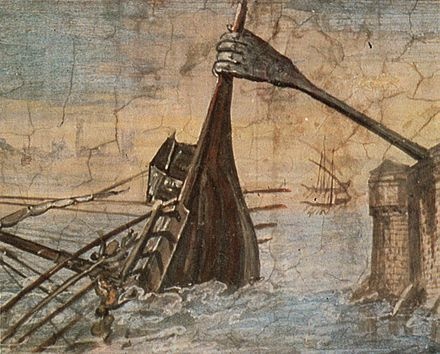 According to Polybius, the claw was not Archimedes’ only defensive invention used against the Roman attack. The city-wall was covered with catapults with varying ranges and to defend against landings, the walls had tight gaps to allow archers from within the wall to attack the landing force.

Another ingenious invention of Archimedes was a large mirror to set ships ablaze. 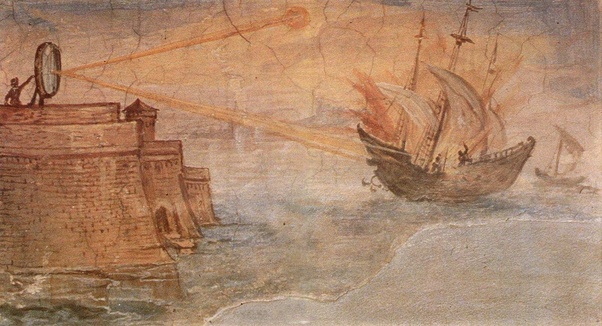 But in this they did not take into account the abilities of Archimedes; nor calculate on the truth that, in certain circumstances, the genius of one man is more effective than any numbers whatever.

Such was the end of the Roman attempt at storming Syracuse by sea.

Here’s a video of it in action: