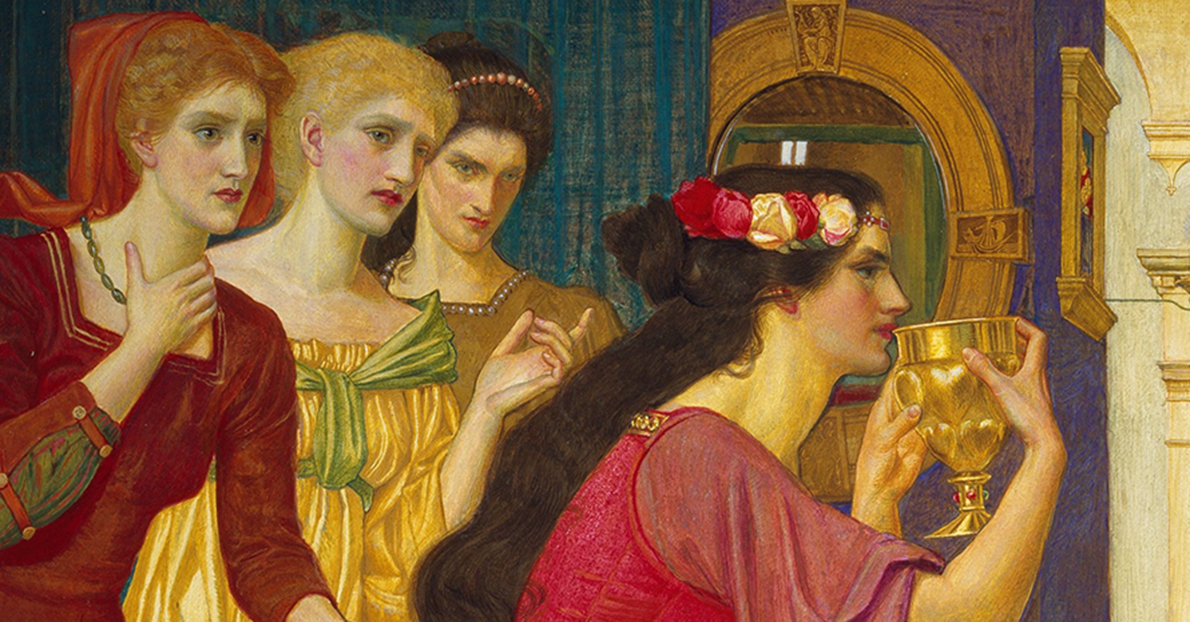 If History, Marriage, and Women were people who happened to be roommates, that room would not be a fun one, especially if they lived in 17th Century Italy.

Back then, women were often sent into marriage when they were mere teenagers. This meant that wives were not viewed as life partners but mostly servants and child-rearing machines.

The tasteless and odourless nature of the poison meant nothing could be traced back to the women.

If your husband was a good guy, then you were lucky. If not, then you might have to endure years of abuse without any consequence.

In most situations like these, death was the only way out for these women. But not their own death.

This is where Giulia Tofana stepped in. For many women in the 17th century, she held the solution to all their problems in a tiny bottle. A few drops over a couple of days, and the job was done.

The story of Giulia is a tricky one. There are so many different accounts that it’s hard to know which one is most accurate.

First, we’ll look at the commonly told story, and then I will offer some of the alternative stories from other sources, and then you can decide which one you want to go with.

Giulia Tofana was a badass Sicilian woman who created Aqua Tofana in the early 17th Century while living and working in Palermo. With Aqua Tofana, women didn’t need ten days to lose their guys. A few drops could kill a man in 4 to 6 days.

The tasteless and odourless nature of the poison meant nothing could be traced back to the women. The main ingredient is said to be Arsenic. The death was slow and gradual in a way that a post mortem couldn’t pin the cause.

The first few drops only cause some weakness and exhaustion. Stomach aches, Vomiting and Dysentery, followed after the second dose. With the third dose, the light at the tunnel got brighter for these men as they got closer to the pearly gates.

It was a nice way to go because the men had time to get their house in order and repent from their sins before meeting their maker. I’m assuming domestic violence is one of the sins.

For Giulia and her clients, slow and steady…killed the husband before winning the race.

The abuse wasn’t the only reason these wives were turning into femme Fatales. For some, it was just a quick way to get hold of their husband’s estate. Poison back then was called “inheritance powders.”

What a great name.

Giulia Tofana’s life of crime caught up with her when one woman snitched on the whole operation.

Giulia and her crew were captured, tortured, and later executed in Campo de’ Fiori in 1659. A lot of her customers were executed with her. Between 1633 and 1651, Giulia’s poison is said to have killed about 600 men, but who’s counting?

Giulia Tofana didn’t go out without a celebrity on her list.

Mozart, on his death bed, while working on his last requiem said these words:

“I feel definitely,” he continued, “that I will not last much longer; I am sure that I have been poisoned. I cannot rid myself of this idea… Someone has given me acqua tofana and calculated the precise time of my death.”

This makes me angry a little bit because I blast Mozart every time I write (like right now), so it feels like Giulia robbed me of more awesome music but, I digress.

Let’s look at some of the alternative stories about Giulia.

Some scholars and information from different sources claim there are some inconsistencies in the popular story.

Her origin is still widely debated. One source says Tofana was alive and kicking in the 1630s in Sicily. Another account says she was alive and in prison about a hundred years later.

We do not know which of these events are more accurate, but we know that Giulia Tofana did not have a time machine so something’s a little off there.

There is also some confusion on the accounts and time of her death. According to some sources, Giulia spent her last days in a convent where she continued to make and distribute her poison with the help of nuns and clerics(ch). Another source claims “her body was thrown at night into the area of the convent from which she had been taken.”

There are just too many different stories and accounts of Giulia’s life that could fill an entire book. Regardless of what story of Giulia you decide to go with, there is no denying how fascinating and scary her life must have been.

Whether she is in your good or bad books, we can all agree she deserves her place in the history books forever.