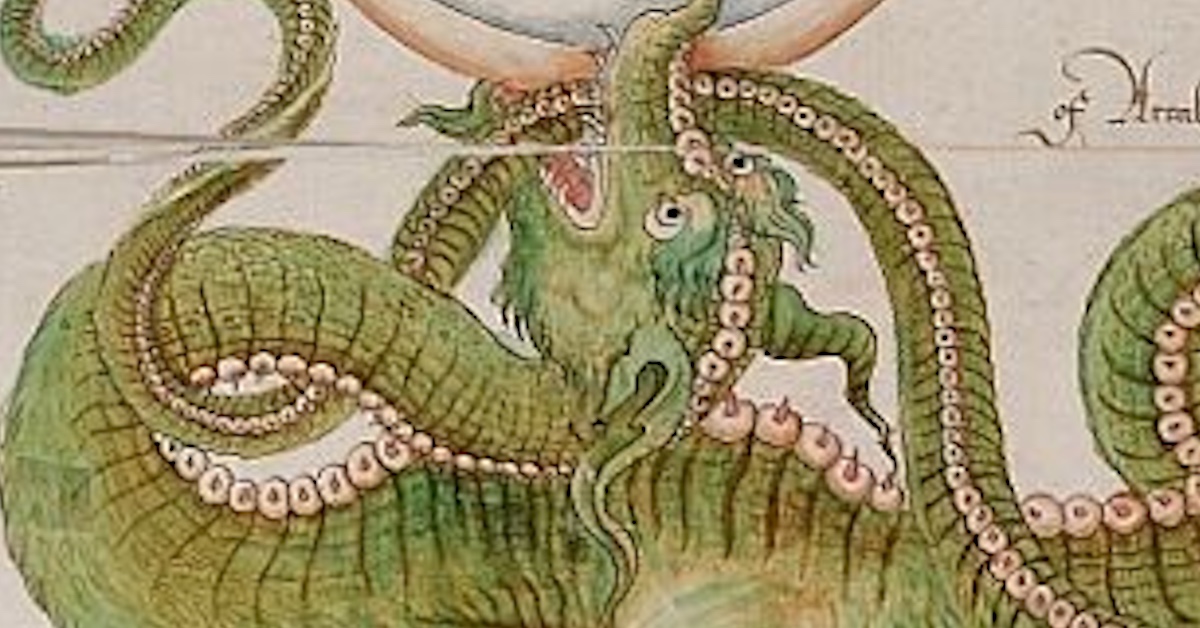 Books and civilization go hand in hand. The earliest writing can be traced back to ancient Sumeria when decrees and documents were inscribed onto clay tablets using a pictographic cuneiform script. Sumeria also gave the world mysterious manuscripts, its first book, The Epic of Gilgamesh sometime in the early third millennium BC.

From then onwards, there was no stopping literature. By 2400 BC, manuscripts were being compiled on papyrus scrolls in Ancient Egypt, and between 1400-1200 BC the world’s first set alphabet developed in the city of Ugarit in Syria.

Despite their antiquity, we can read these ancient books, as experts have deciphered their languages. However, there are many not so ancient books whose language, provenance, and meaning defeat even expert cryptographers. Here are just five of history’s most mysterious manuscripts.

1. The Egyptian Handbook of Ritual Power — a Book of Magic That Conceals Secrets of a Lost Christian Sect

Ancient Egyptian texts abound. The Pyramid Texts and The Book of the Dead are amongst the oldest Egyptian manuscripts, detailing spells and religious rituals relating to death and the afterlife. They join a multitude of later papyrus scrolls containing magical formulae for health and prosperity — and curses for the practitioner’s enemies.

These various texts build up a picture of Ancient Egyptian beliefs. However, one 1,300-year-old magical manuscript is a bit more of a mystery. The Egyptian Handbook of Ritual Power is a 20-page parchment book written in Coptic, a Greco-Egyptian language first developed in the 2nd century BC. It contains many of the spells and curses common to other texts. However, the book also includes references to a mysterious central figure called Baktiotha — “the great one…..who is lord over the forty and nine kinds of serpents” who is not found in any other text.

Baktiotha is even more puzzling as he sits side by side with Christian figures such as Christ and curiously, Seth, the third son of Adam and Eve, who in one invocation is “Seth, Seth, the living Christ.”

Some experts believe the reference to Seth points to the authors of the book being Sethians, a mysterious heretical early Christian sect that was dying out by the seventh century AD. But this explanation throws no light on the significance of Baktiotha or the book’s strange mix of Christian and occult traditions.

2. The Grolier Codex — the Oldest Mesoamerican Manuscript Whose Discovery and Meaning Are Shrouded in Mystery

Mayan culture flourished from 2000 BC until the Spanish invasion of 1697 AD. The culture left a wealth of evidence behind, including great ceremonial centers such as Tikal in Guatemala. Here, evidence of Mayan art and science were preserved, including astronomical calendars and the Mayan’s sophisticated hieroglyphic-based writing system, carved into the stone of public monuments. Four Mayan books also survive: The Dresden Codex, The Madrid Codex, the Paris Codex, and the mysterious Grolier codex.

The mystery of the Grolier or the Maya Codex of Mexico lies began with the circumstances of its discovery — circumstances that long cast doubts on its authenticity. The mysterious manuscript was discovered in a Mexican cave in the 1960s, along with a turquoise mask. However, this discovery was not made by archaeologists but by opportunistic looters who sold the book to Mexican collector, Dr. Josué Saenz. Saenz then displayed the text in the Grolier Club in New York — which gave the book its original name.

These circumstances led many experts to view the mysterious manuscript as a fake. However, a recent analysis of the book’s paper and the paint in its sketches have confirmed that it is a genuine Mayan manuscript, dating from around 1230 AD — making it the oldest book in the Americas.

However, the question of the exact nature of the codex’s contents remains. Only 60% of Mayan writing is understood and 11 pages of the book are lost. Furthermore, while part of the book relates to the movement of the planet Venus, experts still need to decipher the meanings behind the text and pictures — many of unknown Mayan deities — to gain a full understanding of the book.

3. The Voynich Manuscript — the Indecipherable Manuscript with Mysterious Origins

The 600-year-old Voynich Manuscript is housed at Yale Univesity. However, it first emerged in 1666 when an Italian Jesuit library acquired it. The Jesuits had been gifted the book by a Prague bookseller in the hope that they could translate it. But the Jesuit’s failed to do so — as has everyone else who has attempted to crack the mysterious manuscript’s code — including the renown Alan Turing.

Around the size of a modern paperback, the unassuming, anonymous 246-page book has been dated to between 1404-1438 — although some scholars believe it may be a copy of an older work. Fourteen pages are missing, suggesting the book was rebound in its current goatskin cover. Based on the book’s often fantastical illustrations, scholars have divided it into sections based on herbology, astronomy, medicine, cosmology, and biology. There is also a section for what could be recipes. But because they can’t read the book, they can discern very little else.

Some scholars believe the mysterious manuscript is written in a cypher, while others think it may be in an unknown language. Recently, Canadian computer scientists using AI thought they had cracked the code. They translated the codex into modern Hebrew — forgetting it would have used a medieval dialect. Traces of other languages have complicated the issue — meaning the mystery of the Voynich Manuscript is far from being solved.

4. The Rohonc Codex — a Late Medieval Manuscript with Hints of Ancient Cultures

Equally indecipherable is the 448-page long Rohonc manuscript. This illustrated book first surfaced in 1839 in Hungary, after Count Gusztav Batthyany donated it to the Hungarian Academy of Science. The codex looks medieval, but its paper has dates between 1529-1540 and is unusual in that each page is watermarked with a mysterious symbol: a six-rayed star containing an anchor within a circle.
Author and origin unknown, the codex presents other mysteries. For while the style of its writing may look like old Hungarian, it consists of an unknown alphabet of around 200 symbols. Experts have stated that this is not a known substitution cypher but rather a code based on an entirely unknown system. The mystery of the codex is compounded by its 87 illustrations, which depict a mix of warfare — and symbols linked to Christianity, Islam, and Hinduism.
These pictures have led various authorities to claim that the codex has links to India and even ancient Sumer. But without a translation, we will never know.

5. The Book of Soyga — John Dee’s Mysterious Book of Magic that had a propensity for disappearing

In 1551, the famed Elizabethan occultist John Dee acquired a mysterious book of magic. Much of the 200-page book was written in discernable Latin, detailing incantations and rituals to perform magic and other bizarre rituals. However, mixed into this Latin text were 40,000 letters arranged in odd patterns across 36 tables. These patterns seemed to form a code. But Dr. Dee could not fathom it.

Dr. Dee was so perplexed that he roped in Edward Kelley, a famous scryer to help him contact the archangel Uriel to try and work out the meaning of the book. Through Kelley’s somewhat dubious auspices, Uriel informed Dee the book was given to “Adam in Paradise by gods good angels” — but that only the archangel Michael could help Dee discover its secrets.

Dee lost the book for a time, only to rediscover it after some years. However, after his death, the mysterious manuscript disappeared entirely, and scholars were only aware of its existence through references in Dee’s diaries.

Then, in 1994, the book “reappeared” when a scholar found it within the archives of the British Library. Quite how it got there is unknown and the exact meaning of its contents is as mysterious today as they were to Dr. Dee. All that can be said is that the book of Soyga is late medieval or early modern in date, mixing alchemy with Christian references. But as for the mysterious tables, their meaning is unknown.

Sources:
Did Codebreakers Crack this mysterious medieval manuscript? National Geographical
The Voynich Manuscript
New Analysis Shows Disputed Maya “Grolier Codex” Is the Real Deal
Cracking codices: 10 of the most mysterious ancient manuscripts
Ancient Egyptian ‘Handbook of Ritual Power’ describes love spells and exorcisms.
5 of the most baffling books ever written
An ancient text that has baffled researchers for more than 200 years – The indecipherable Rohonc Codex
5 of the most baffling books ever written
John Dee and the Magic Tables in the Book of Soyga
Ugarit and the Origins of Alphabet