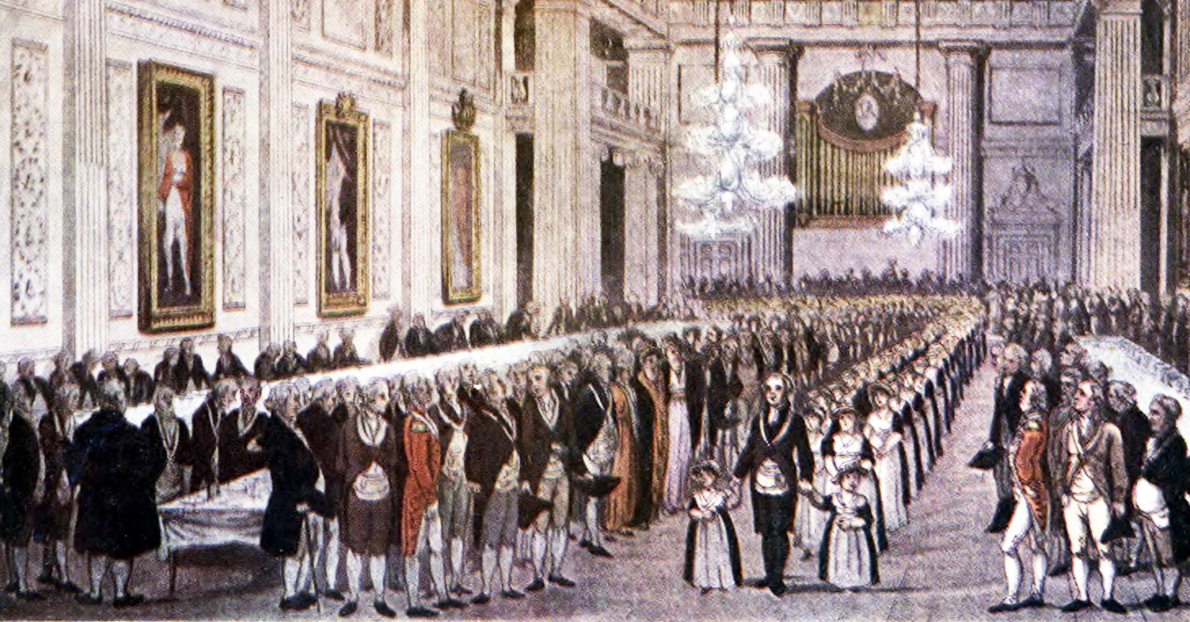 Was the United States founded by a group of individuals who sought world domination? Were these individuals all a part of a secret society? And what does any of this have to do with Nicholas Cage?

Okay, enough questions. Time for some answers, or, at least, some amount of clarity on secret societies in America. Because for the majority of our lives we’ve been told by pop culture that the United States is not quite as it seems to be (thanks, Nicolas Cage). However, despite all the fantastical claims from conspiracy theorists, history tells us that these secret societies were not about power and control—they were about freedom, particularly the very secret society that helped found the United States.

There have been conspiracies accusing the Freemasons of satanic worship since the 18th century. John Robison was the man behind these claims that sparked a tradition of theories attempting to fantasize the Masons into a group of evil power mongers.

Conspiracy theorists may seem like a modern-day phenomenon, but they’ve been questioning literally everything for centuries. But mostly they question those in power, i.e. the government and those who they believe are secretly in power.

In 1792, John Robison, a professor of natural history at the University of Edinburgh, released a book called Proofs of Conspiracy. The book served as a pre-History Channel polemic against the secret organizations known as the Freemasons and the newly founded Illuminati.

Robison alleged that the Illuminati had successfully infiltrated the far-reaching Freemasons organization, and in doing so, had, in his own words, “spread in the United States.” These allegations would serve as the spark that would ignite the fire of conspiracies accusing the Illuminati of trying to establish a “New World Order,” despite the concept having absolutely zero historical merits. If one does choose to entertain the notion of an Illuminati infiltration, one also has to entertain the idea that the Illuminati founded the United States of America in the late 18th century.

The reason for this bizarre theory (and let’s keep in mind it’s just a theory), is due to an understandably odd fact: that many of the Founding Fathers belonged to the very organization that Robison claimed were infiltrated, the Freemasons.

It is estimated that 13 of the 39 signers of the United States Constitution belonged to the Freemason society. To add to the conspiracy fire, the 13 society signers were not mere nobodies—they included General Washington, Declaration author Thomas Jefferson, ambassador Benjamin Franklin, and Revolution financier John Hancock. The list goes on.

The Founders’ heavy ties to Freemasonry have led many to conclude that they must have been working together to achieve some kind of New World Order. Historians just call it the United States.

Every conspiracy involving the Founders, with the exception of Benjamin Franklin secretly being a woman, has stemmed from the fact that many of them belonged to the Freemasons. Theories like the Knights Templar, the previously mentioned New World Order, all deem them as part of some fraternity designed to take over the world and place the power in the hands of a tight-knit oligarchy. Like a puppet master pulling super secrety strings behind the scenes.

Or, in Disney’s case, that the Founders were trying to protect a secret treasure from the Brits. Between movies, Freemason symbols like the all-seeing eye being put on the U.S dollar, and Mason’s alleged ties with the Illuminati have only exacerbated these theories. And in the process has shrouded the Founders in a cloak of cheesy melodramatic conspiracy theory documentaries and YouTube videos.

Odds are you, the reader, have probably watched one of these shows. They are pretty entertaining. But regardless of their enthralling nature, there are a lot of problems with these theories, besides having the word ‘theory’ in them. Namely that they do not hold up against the probable truth—the truth that most likely reflects why the Founders were Freemasons in the first place. However, before we can delve into that, we must understand more about the theories themselves, and why they actually make logical sense. 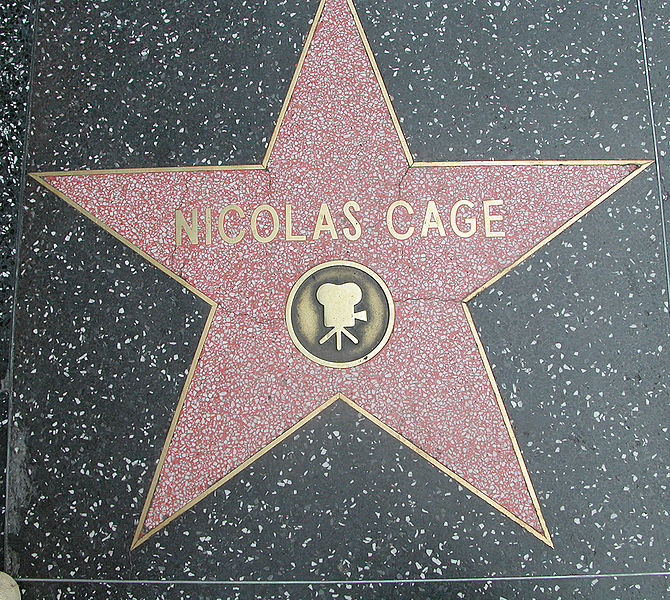 Movies like National Treasure and The Da Vinci Code have made the Knights Templar famous. Not for being the exceptional military and financial institution that they were, but for being the original founders of the Freemasons and mysterious harborers of the Holy Grail. Leading many theorists to speculate that Templar secrets were passed down to the Founders through their deep connection with the Masons.

Although the theories themselves differ.

Nicholas Cage, for example, adheres to the United States being the hotbed for Templar leaders while Dan Brown pushes for the Divine Feminine theory, both are intertwined within the greater conspiracy of the Freemasons. As the theory goes, the remaining Templars escaped to the Americas after the French purge, supposedly landing in Massachusetts sometime in the 1300s AD to flee from the Church to safely worship as Gnostics (a spiritual fringe of Christianity born sometime in the 2nd century AD that is alleged to believe in the Divine Feminine), and keep the secret of Mary Magdalene alive.

If all of this conjecture were true then the Founding of the United States gets a lot more interesting. Essentially it would deem the Founders as paramount secret keepers and, when combined with the Illuminati theory by John Robison, a force to bring about a New World Order based on a different version of Christianity that views Jesus as part of a continuous Davidic dynasty. As absurd as it sounds, the theory ties together to a narrative that makes a logical correlation between what seem to be ‘too good to be true’ coincidences.

For example, it is easy to connect the Templars to the Masons. Especially when considering the close proximity the Masons founding patron family, the Rosslyns, had to an alleged high-level Templar family in Scotland, the Sinclairs, during their founding in the middle ages. If the same people who were being funded by the Rosslyns were involved with the same society as the Sinclairs then it is possible that the Masons were influenced by Templar teachings. At least that is what the theorists like to believe.

While these are really fun to talk about and should be discussed with a microscopically small grain of salt. None of them are based on documented empirical historical facts, hence the name theories. While there does seem to be a correlation between the Rosslyns and the Sinclair families, there is no proof to back that theory up. If it were a house, the theory would be built on wet sand.

A great example of wet sanded theories are John Robison and his work Proof of Conspiracy. Which was intentionally left out of the Encyclopedia Brittanica for using no confirmable evidence to build its arguments upon. Meaning none of these theories, including Robison’s, can be used to definitively explain the truth behind the correlation between the Founders and the Freemasons. (Sorry, Nicolas Cage).

It’s difficult admitting you do not know something. That is one of the reasons conspiracy theories are created in the first place—to explain the unexplainable, to fill in the gaps carelessly left by time, and people ignorantly forgetting to writing things down.

When the questions come for the Founders and their Freemasonry, historians are relatively lost. Historians pretty are certain, based on historical records, that some of the most influential Founders were affiliated with the Freemasons in some capacity. Simultaneously, based on a lack of historical records, they do not know why several of the most powerful founding members of the United States were Freemasons.

However, amongst the fantastic theories involving treasure hunt movies and low-budget History Channel docs, there are a couple of theories that hold water, or, at least half a glass.

The first one has a lot to do with religion, similar to the other theories, except with more of a political spin.

During the American Revolution, religious freedom was hard to come by, similar to how an unbiased news source is rarely found in the 2020s.

Therefore, it stands to reason that the Founders could have been a part of a society that desired to better the American colonies through a complete separation from Britain; and, in the process, build a nation on political ideas inspired by enlightenment thinkers such as John Locke.

After all, almost all of the Founders who stood up to Britain had essentially the same ideas. This correlation leads some to speculate that the cohesive material holding the Founders’ similar ideals together could be their Freemasons membership.

There are some historians, however, who prefer to take this theory to even greater lengths.

By making assumptions on the intent the Freemasons had, historians like to speculate that the Masons were men far ahead of their time, including the most influential Founders who so happened to be members. However, this theory, just like the other ones is mere speculation. It is almost no different than the borderline surreal theories about knights’ hidden treasures.

Freemasons kept their secrets and beliefs locked up tight (John Locke pun intended), and have done so for the past three centuries—giving non-members only a sliver of the truth.

At the end of the day history and its analytical methods of deduction cannot fully explain the mystery of the Founders and their cryptic association with Freemasonry. So we, as Americans, must be content with not knowing what secret society truly founded the United States. And that’s okay.