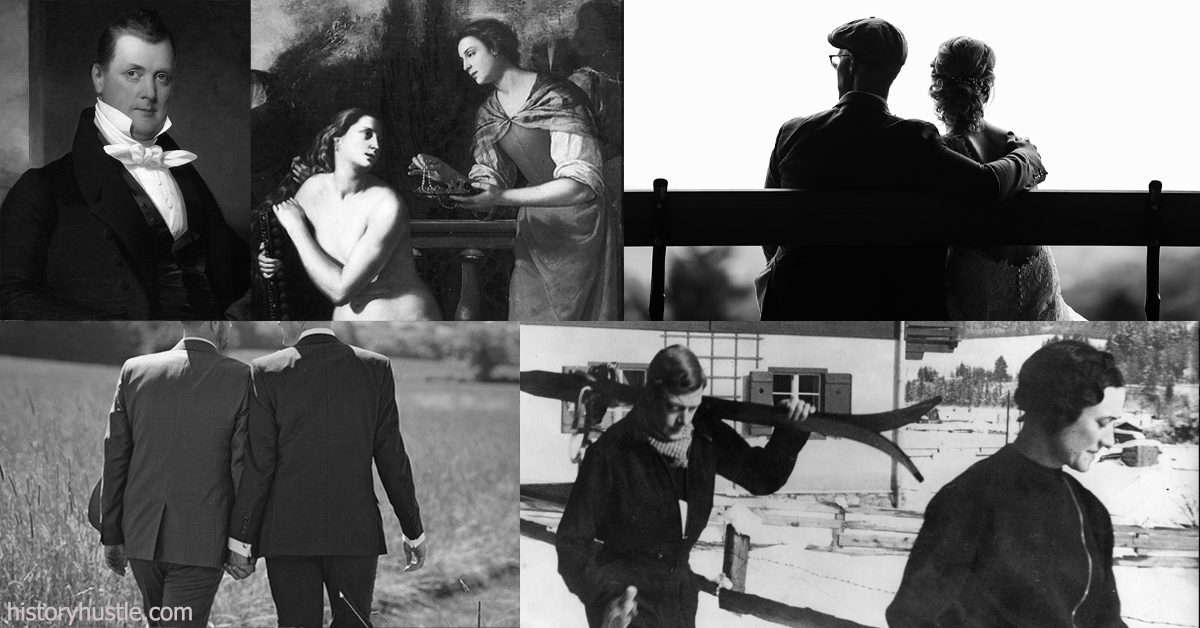 You can’t begin an article about sex scandals without first discussing the OG. Found in 2 Samuel 11, the story of how King David slept with another man’s wife is probably not based on factual history.

However, because Christians have long studied David & Bathsheba, the message behind the fable has helped set moral precedence for how men of power are supposed to behave in their marriage.

Exacerbated when, in the story, the Prophet Nathan severely condemns David. Indicating to impressionable Christians that infidelity is a big no-no. And helping to leave a legacy of adultery condemnation in the Judeo-Christian culture that is still alive and well here in 2021.

1987 started pretty well for Gary Hart. On April 13th, he declared his official run for the presidency.

Though Hart had failed to be nominated in the last election, 1987 was much different. It became clear early on in Hart’s run that he was the front runner for the Democratic party, meaning that Gary could very well be the next President come January 1988, potentially altering the course of American history.

Until the Washington Post and a couple of other media companies published articles and released photos alleging that Hart was involved in an extramarital affair. The press was so bad that Hart pulled out of the race, allowing George Bush Sr to demolish the significantly less popular Democratic candidate Michael Dukakis in the 1988 election by hundreds of electoral votes.

Not many people alive today know how essential Walter Jenkins was to modern era American politics. Jenkins served as the chief of staff to Lyndon B. Johnson in the early parts of the future President’s career, the Mike to his Sully if you’re a Pixar fan.

Until 1964, when Walter was caught in a YMCA bathroom participating in oral sex with another man. In the 60s, this was unaffectionately called sodomy—leading Walter to not only lose his job but also get arrested on criminal charges.

Sully had lost his Mike, and it showed. According to former U.S Attorney General Ramsey Clark: “(the scandal) Deprived the President of the single most effective and trusted aide that he had. The results would be enormous when the President came into his hard times. Walter’s counsel on Vietnam might have been extremely helpful.”

Edward was King of the United Kingdom for less than one year before he abdicated the throne in 1936. Generally, if a king’s reign is that short, most people assume he died. However, the former King Edward VIII was young and healthy when he abdicated the throne and changed British politics forever. David, as his family called him, fell in love with divorcee Wallis Simpson.

Being a divorcee in those days was the modern equivalent to getting canceled, according to the church at least, who would not allow him to marry Wallis as King. When he abdicated, Edward handed the throne down to his younger brother George, the father of the current monarch Queen Elizabeth II.

The latter has made an enormous impact on the world by restlessly keeping the English monarchy alive with her sharp PR skills and the acquisition of fancy hats. But mostly the hats.

Unlike Gary Hart, James Buchanan won his presidential election, becoming the 15th President of the United States in 1857. He was also the first bachelor to call the White House home, leading some (mainly Andrew Jackson) to speculate that Buchanan was gay.

They went as far as to accuse him of fooling around with another man, a gent named William Rufus King. The two had lived together at a boarding house in Washington, a common living situation according to most historians.

Nevertheless, political figures like Jackson mocked Buchanan and exacerbated romantic rumors. Jackson once called King ‘Miss Nancy’ to spite Buchanan. Historians still speculate whether or not Buchanan was gay or not. Though there are letters that might indicate a ‘more than friends’ relationship between Buchanan and King, the evidence is inconclusive.