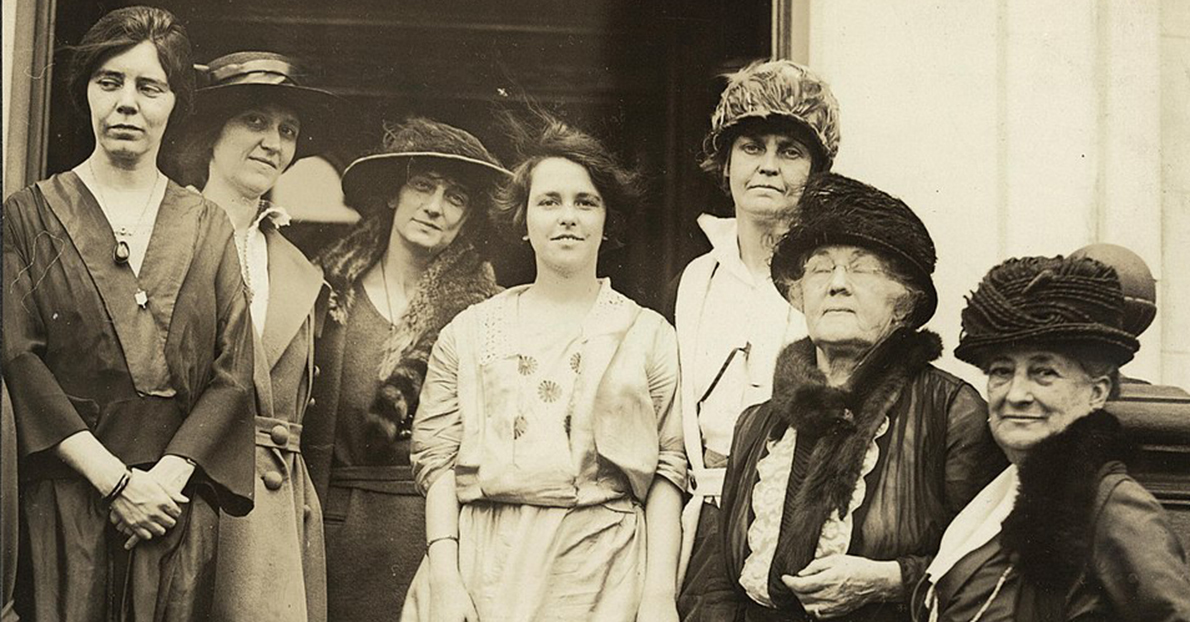 The Suffragists Night of Terror At Occoquan: To Help Women Gain The Right To Vote

But things began to change and by 1917, after months of peaceful protests in Washington, D.C., by members of the National Woman’s Party (NWP). Also called the Silent Sentinels, the women carried banners that implored President Woodrow Wilson to support a federal amendment giving women the right to vote, tempers were flaring. And Wilson was of no mind to do that. Initially, he smiled as the women passed by, even inviting them in for coffee at one point (which they turned down), but the situation began to change as the U.S. entered World War I in April 1917. The NWP continued to picket the White House, while other suffragists, mainly the National American Woman Suffrage Association (NAWSA), led by Carrie Chapman Catt, threw their support behind the war effort.

With a world now locked in war, the public mood towards the women began to change, with many people regarding the Silent Sentinels as unpatriotic and their peaceful protests began to turn violent. Banners were ripped away from the demonstrators and Wilson, in a fit of pique, wrote in a June letter to his daughter that the suffragists “seem bent on making their cause as obnoxious as possible.”

Then the arrests began and women were charged with obstructing traffic. They were quickly released without penalty, to begin with, but it wasn’t long before the court began handing out prison sentences. The women, however, were undeterred.

The Sentinels upped their protests and tensions increased accordingly.

In August, the women unveiled a new banner that accused “Kaiser Wilson” of autocracy and that ignited three days of attacks by an angry mob and the local police and that resulted in six women being sentenced to 60 days in prison. But it was Alice Paul who received the strictest sentence. A prominent suffragist and founder of the NWP, Paul, a Quaker, was given the toughest sentence yet: Seven months in the Occoquan Workhouse.

The conditions here were horrifying. Inmates were fed worm-ridden food, and given filthy water and bedding. Over time, Paul and other inmates began demanding to be treated as political prisoners. Then Paul began a hunger strike and that led to her being force-fed repeatedly. In early November, she was transferred to the facility’s psychiatric ward.

But on the night of November 14, 1917, the situation turned decidedly worse, as an additional 33 suffragists were arrested and brought to Occoquan. They were also demanding to be treated as political prisoners. Because that’s what they really were, after all. But the prison’s cruel superintendent William H. Whitaker had other ideas. He ordered his guards to be brutal. And indeed they were, bursting into the booking room where the women were awaiting sentencing. Dragging them down the hallway, they tossed the women into dank, filthy cells.

One of the suffragists, Lucy Burns, had her hands shackled to the ceiling and she was forced to stand all night. Guards threatened her with a straitjacket and a buckle gag. Dorothy Day, who would become the future founder of the Catholic Movement, was slammed down on the iron arm of a bench. Twice. Guards slammed Dora Lewis’s head into an iron bed and she lost consciousness. The horrifying attack frightened Alice Cosu into a heart attack, but she was left untreated until the next morning.

But as brutal as the attacks had been, they signified a change that was the beginning of the end of women being viewed as second-class citizens. The women of Occoquan remained steadfastly undeterred by this eruption of violence and resumed their hunger strikes. Whittaker denied them counsel and called in the U.S. Marines to guard the workhouse. It wasn’t long before news of the violence reached other suffragists on the outside, who now had influential allies like attorney Dudley Field Malone (who later married suffragist Doris Stevens). Malone resigned his post within the Wilson administration to demonstrate his solidarity with the suffragists.

Now, public pressure was increasing and by late November, federal officials released Paul, Burns, and all of the other suffrage prisoners.

Then, in 1918 the D.C. Court of Appeals found that the women had been illegally arrested, convicted, and imprisoned, and in the following months Wilson, perhaps sensing that the situation wasn’t going in his favor, seemed to have a change of heart and called on Congress to enact a federal suffrage amendment. No doubt the women’s protests had an effect on Wilson and in the ensuing months, the Silent Sentinels continued their protests.

Encouraged by the Court of Appeals’ findings and Wilson’s apparent change of mind, women began fighting what they called Watchfires of Freedom outside public offices. Wilson’s speeches mentioning freedom and democracy were also lit on fire, and more women were arrested. That led to increasing hunger strikes, and with that, more forced-feedings. Fortunately, there were no more horrifying incidents for the suffragists that were as nasty as the Night of Terror.

Then in June 1919, the Senate and House finally passed what would become historically known as the 19th Amendment. After more than 100 years of fighting, women were finally granted the right to vote. But now the women of the NWP and NAWSA needed to work tirelessly to ensure the ratification in 36 out of 48 states (the number of states in the U.S. at the time.) It made for a tense situation in Nashville, Tennessee, where the vote was especially close on August 18, 1820, but the state became the 36th to ratify the amendment.

Divisiveness within the early ranks of the women’s rights movement continued for a while early on, but that terrible November night when our ancestors endured shocking brutality is a testimony to women’s solidarity in fighting for the right to vote. More than a century has passed since the Night of Terror when our sisters gave up so much to make sure that the rest of us could take part in something that is perhaps the most central part of being American: The right to vote.